A global wanderer, hopeless romantic, and total cynic with a broken edit button, Deborah Wilde writes adult urban fantasy romance to satisfy her craving for smexy love stories and tales of chicks who kick ass. Her debut novel The Unlikeable Demon Hunter is described as Bridesmaids meets Buffy.  She is all about the happily-ever-after, with a huge dose of hilarity along the way.

We chatted with Deborah about her new book, her appreciation of strong women and smexy (smart + sexy) men, and the truth about Prime Minister Justin Trudeau. 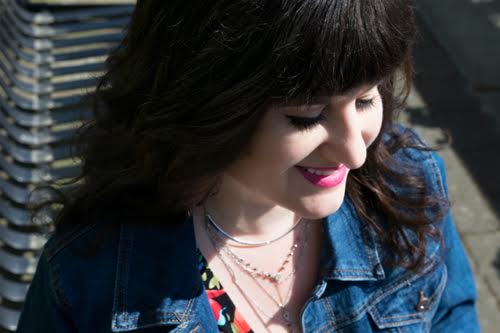 A.C. Rose: Your heroine is a strong, kick ass woman. Did your inspiration for Nava come from anyone you know? Or anyone we know?

Deborah Wilde: Nava is me when I turn off my edit button. She’s snarky, self-defensive, and has carefully cultivated her hot mess status. This is a girl seriously in denial about the emotional baggage she’s carrying around from a couple of major life upsets. We share a love of tap dancing, smexy men, and craving our own happily-ever-after, which I have. Yay!

When I created Nava, I really wanted to play with what being an “unlikeable” female meant because I believe that even fictional women are held to a different standard than fictional men, especially around sexuality. And I also brought a lot of my issues around the sexism inherent in the Jewish religion (mine) to it. So yeah, Nava and her story are very personal to me in different ways.

What makes you fall in love with a hero when you are writing?

Well, I like them alpha and cocky, though issue laden, but they have to totally respect the woman and not get chauvinist. I’m not a fan of the guy being a douchebag. Also, they need to be funny. Funny is super important. As is knowing their way around a woman’s body.

So with my current hero, Rohan, he fights Nava for control in every aspect of their relationship, but he only does so because he knows she can stand toe-to-toe with him. He also has her back so completely and, because of his belief in her, he pushes her to grow as a person in a way that no one else does. He’s a California boy of East Indian/Jewish heritage who was a former mega rock star, and he loves his mother. *insert awwww*

Tell us a little bit about your newest book.

The Unlikeable Demon Hunter is the first book in my new urban fantasy series. It’s the age-old story of what happens when a foul-mouthed, romance-impaired heroine with no edit button and a predilection for hot sex is faced with her worst nightmare–a purpose. I describe it as Bridesmaids meets Buffy with a dash of the seven deadly sins.

Can you share the titles and reading order of your new series?

And then 3 other planned books in the series so far.
What is your favorite genre to read?

Romance, fantasy, sci-fi-mystery, some lit fic, though less than I used to read. A good story is a good story so I don’t discriminate but there is a ton of romance or romance cross-genre that I read.
Where does the magic happen? Do you write in a home office or on the road, or both?

Mostly I write in a home office, though if I travel I’ll take my iPad and get up early to write or write on a plane. When I’m possessed and deep into the story, I don’t care where I write. Just don’t make me stop.
Why do you think romances are good for readers?

Because love is good for readers and the journey of falling in love is so much fun.
Since you hail from Canada have you ever seen the prime minister up close? Is he as cute as he looks?

I haven’t though I have friends who have and they tell me he’s extremely skinny when you meet him face to face. Sorry if that’s disillusioning anyone.

About The Unlikeable Demon Hunter 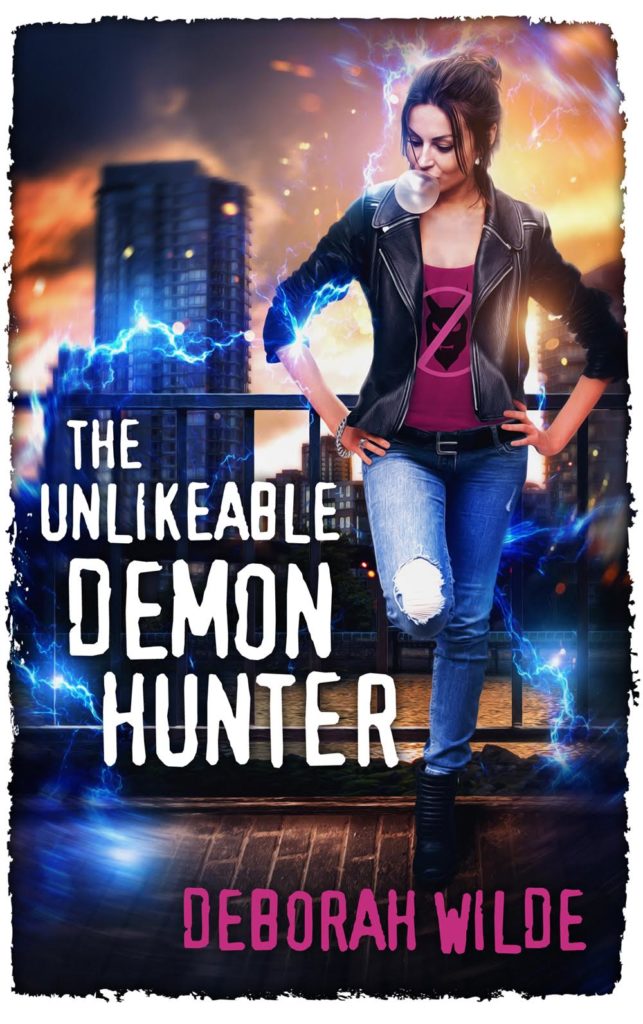 The age-old story of what happens when a foul-mouthed, romance-impaired heroine with no edit button and a predilection for hot sex is faced with her worst nightmare–a purpose.

Ari Katz is intelligent, driven, and will make an excellent demon hunter once initiated into the Brotherhood of David. However, this book is about his twin Nava: a smart-ass, self-cultivated hot mess, who is thrilled her brother is stuck with all the chosen one crap.

When Nava half-drunkenly interrupts Ari’s induction ceremony, she expects to be chastised. What she doesn’t expect is to take her brother’s place among the–until now–all-male demon hunters. Even worse? Her infuriating leader is former rock star Rohan Mitra.

Too bad Rohan’s exactly what Nava’s always wanted: the perfect bad boy fling with no strings attached, because he may also be the one to bring down her carefully erected emotional shields. That’s as dangerous as all the evil fiends vying for the bragging rights of killing the only female ever chosen for Demon Club.

Odds of survival: eh. Odds of having a very good time with Rohan before she bites it: much better.

Find out more about author Deborah Wilde at her website.