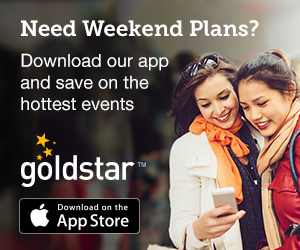 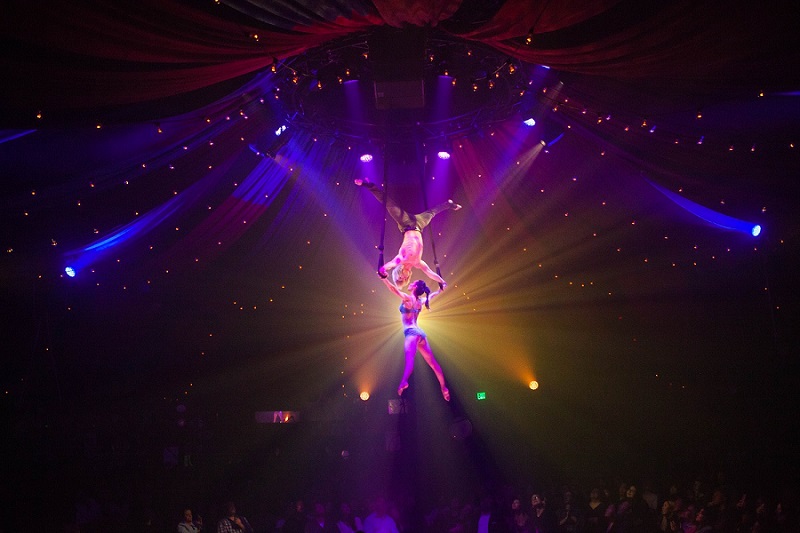 It used to be true that what happens in Vegas stays in Vegas. But not anymore. For the next few weeks, LA audiences are getting a taste of Sin City right here in our own backyard, thanks to Spiegelworld’s in-your-face adults-only production, Absinthe LA.

The raunchy spin on an intimate Cirque-style burlesque (if such a show were bent, twisted, served up in the back room of a 1920’s speakeasy, and run through a smoky 3am wringer) has played to sellout crowds on the grounds outside Caesars Palace for nearly six years and shows no sign of slowing down. It is the most talked about entertainment on the strip and the perfect destination if you want to get a full-on Vegas experience.

Last week’s opening downtown at L.A. Live proved that local audiences are just as crazy about it as those lost in the casino haze of the desert. It’s a show that asks viewers to let loose and indulge in the delights of the flesh. (You can look but can’t touch) Sexy, raw, and loaded with nearly a dozen acts whose jaw-dropping talents will blow you away, it’s one of those unforgettable theatrical events you should experience at least once in your lifetime.

The evening is orchestrated by The Gazillionaire, a master of ceremonies and lounge lizard whose style of comedy purposely hits below the belt. Expect politically incorrect jokes that are so wrong they’re hilarious. He makes no apologies for his X-rated material so if you’re easily offended or uncomfortable with sexual humor, better have those drinks before the show. You’re going to need them. If he can see you in the audience, you’re fair game, so choose your seat location wisely when you purchase your tickets.

Seating is in-the-round. A small nine-foot in diameter stage at the center is where all of the circus acts take place, with an additional satellite staging area for the Gazillionaire that sits up at the far end. The extraordinary skill level of the artists and their unique combination of talents is astonishing. It doesn’t hurt that they’re also beautiful, cut to perfection, and choreographed for maximum emotional impact. A veritable smorgasbord of sensual delights, there is something for everyone. 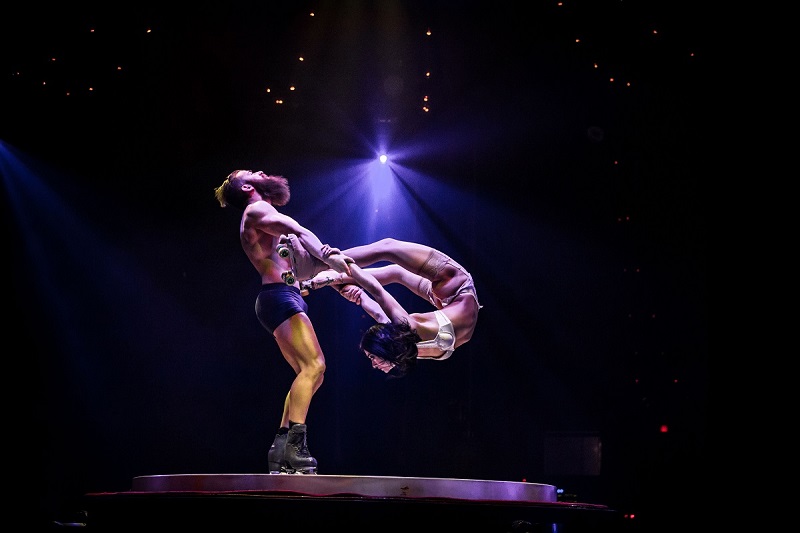 When I saw the show in Vegas last spring, it was the roller skating brother & sister duo of Billy and Emily England, known as The Twizzlers, who were the highlight of the show. Their act is a dangerous and thrilling spectacle set to Hozier’s “Take Me To Church” and I’m happy to report they’ve brought it to LA for this engagement. It’s the kind of performance where a fraction of an inch means the difference between walking away or being driven away in an ambulance, and definitely one of Absinthe L.A.’s wow moments.

The Flying Farquhars’ gorgeous aerial pas de deux feels like Romeo and Juliet in flight while The Lost Boys from Eastern Europe perform feats of Herculean strength you can’t believe are humanly possible. Max Matterhorn’s slow motion pole balancing is achingly beautiful and those with a secret penchant for bondage will find an act just for their viewing pleasure.

The men of Los Dos Tacos perform a breathtaking horizontal bar routine that looks like they are about to be propelled into the audience. Bodies fly, hands twist, and they’ve got you on the edge of your seat. Add more beauty in the air, the Girl in the Bubble, a trio of acrobats known as the Silicone Valley Girls, a stripper who can shake a set of pasties with the power of double torpedoes, aerial school girls, an hysterical comedy acro act, a sexy singer, and a chair stacking opening that reaches the top of the Spiegeltent, and all creative bases are covered. (Acts subject to change)

Absinthe L.A. is a show with an attitude. Full of Vegas vulgarity and genuine artistry, it is the must-see event of the spring!