A Sold-Out Crowd for our 7th Tomatoes Got Talent 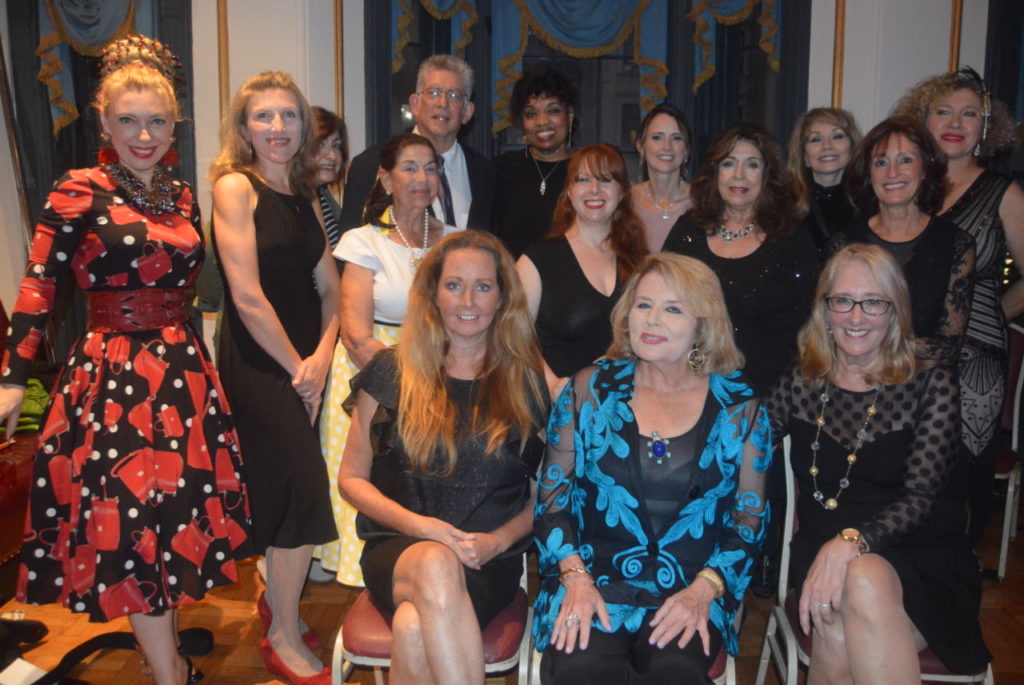 After 18 long months, it was so glorious to finally stage our 7th Tomatoes Got Talent Show to a sold out crowd at the Triad in New York City. Randie Levine Miller did a wonderful job hosting and performing, and our 11 contestants, along with special guests Corina Sowers Adler, and Merrill Stone, wowed the crowd.Co-produced by Cheryl Benton and Randie Levine Miller, “Tomatoes Got Talent” is a showcase for women who have made their marks and their livings outside of the entertainment world, but who consider the craft of singing and performing to be integral to their lives.

And the winner is….Robin Lyon Gardiner came out on top of the 7th annual “Tomatoes Got Talent” contest. Robin, a full time real-estate broker by day, received the highest marks from this year’s judges — the Tony nominee Lee Roy Reams, and the Tony Award-winning Broadway producers Margot Astrachan and Ken Waissman. The runner-ups — Lisa Kerr, Leyla Zalutskaya, and comedian Judith George — were, with Gardiner, among the 11 extraordinary women over 40 who had been chosen to perform in the contest finals.

The acclaimed singer and Tony-nominated educator Corinna Sowers Adler made a guest-starring appearance, and the therapist and gerontologist Merrill Stone, who was a runner up in the first “Tomatoes Got Talent” in 2014, also appeared as a guest artist.  The show’s music director was Paul Chamlin.

The Runner Ups were:

Comedian Judith George owns her own video production company and is a stand-up. Lisa Kerr — a risk manager with a major corporation — is a student of the piano and ukulele. Leyla Zaloutskaya is a global IT trainer for the United Nations.

The Other Finalists were:

Carol Barnett — a Senior Ms. America NY runner up, who recently retired after 45 years as a chef. Businesswoman and mom Susie Clausen is a singer and plays the saxophone Reared in the South, Jo Jones is an accomplished acrobatic baton twirler and former pre-school teacher. Shana Kahn is a fashion executive for Ralph Lauren. Kara Masciangelo has worked for many years at the Federal Reserve Bank.

Randie Levine Miller, not only was hostess, but she performed 3 songs to perfection! 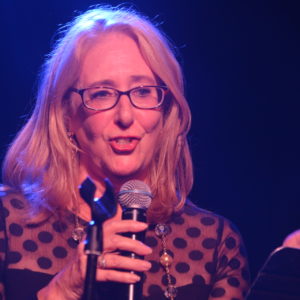 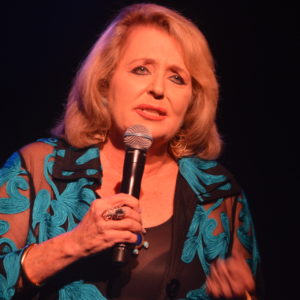 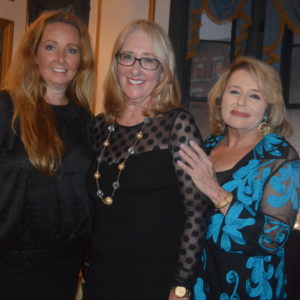 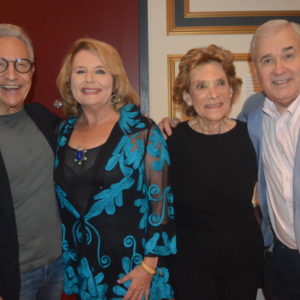 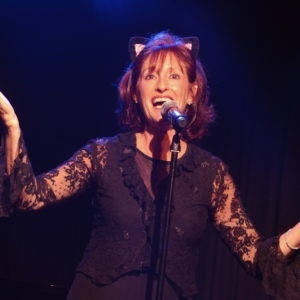 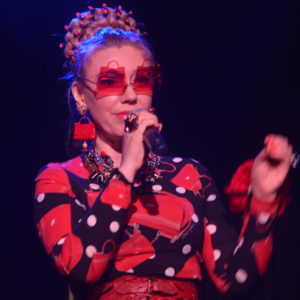 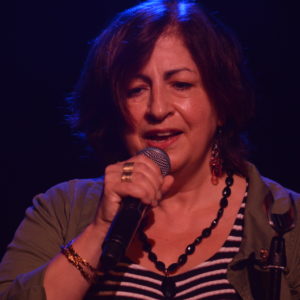 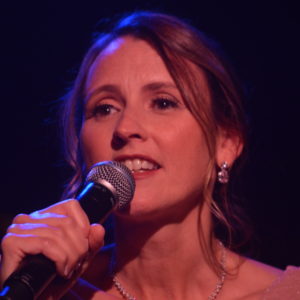 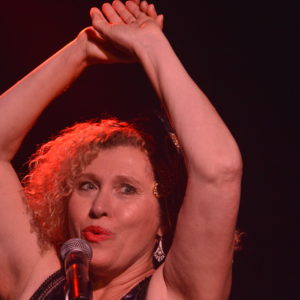 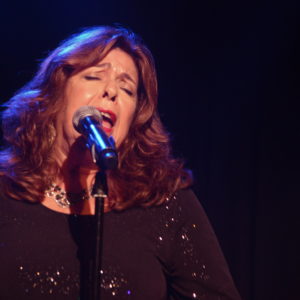 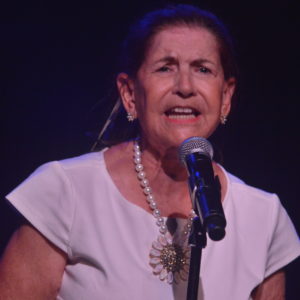 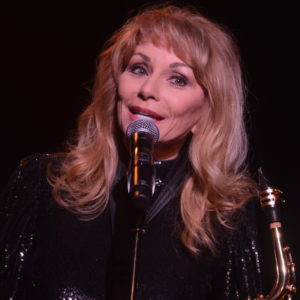 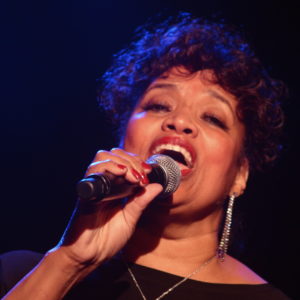 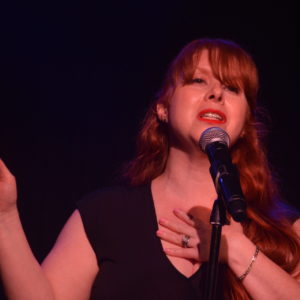 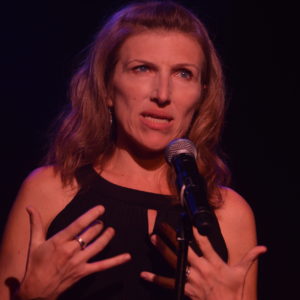 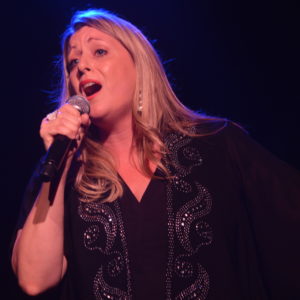 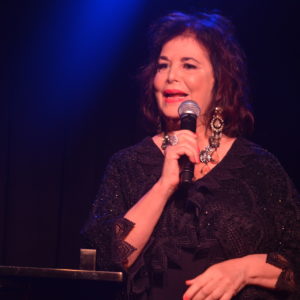 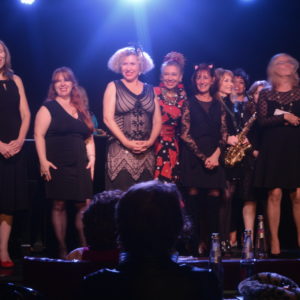 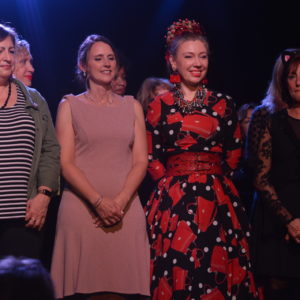 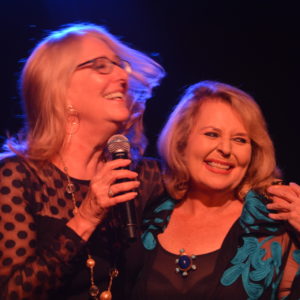 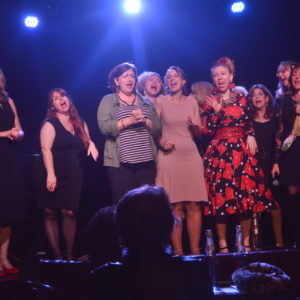 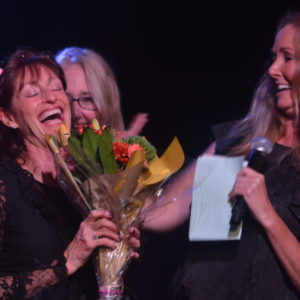