A MEXICAN TRILOGY: An American Story: A Legacy of Letting Go 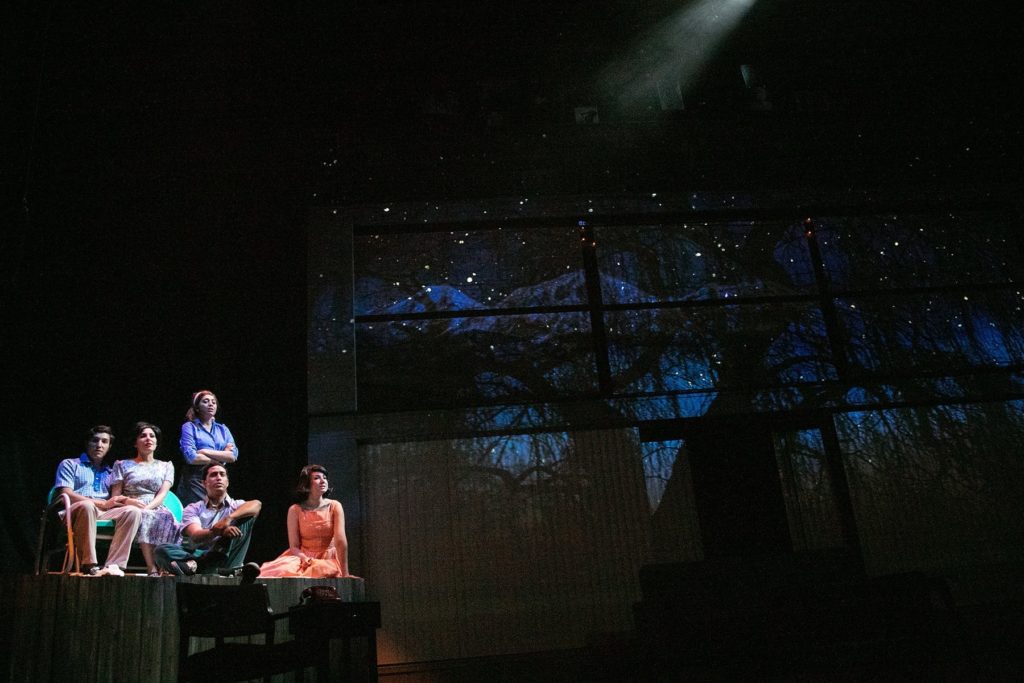 The essence of Latino Theatre Company’s monumental production of A Mexican Trilogy: An American Story is beautifully captured in the simple photograph above. In this starry night scene, a family poised on the edge of major change looks to the infinite sky with hope. Quietly, in these few moments of silence, we as audience members know exactly how they feel. For what parent has not dreamed of providing a better life for his or her children and what child has not longed for a future where dreams come true?

These ideas are built into the very foundation of Evelina Fernández’s 3-part Mexican-American legacy piece spanning almost a hundred years in a family’s evolution. They are part of what makes the story universally appealing and eloquently representative of the struggles of a growing portion of our population, especially here in California.

The plays were not initially conceived as a trilogy nor were they written chronologically but, little by little, each has found its place in this rich extended narrative. They have all been produced individually in the last few years but are now presented in their entirety for the first time, divided into two separate productions that can be seen alone or consecutively on the same night with a dinner break in between. I chose to see them both on one day and it was the best six hours of my week, being immersed in a world that is familiar but whose details are completely unexpected. 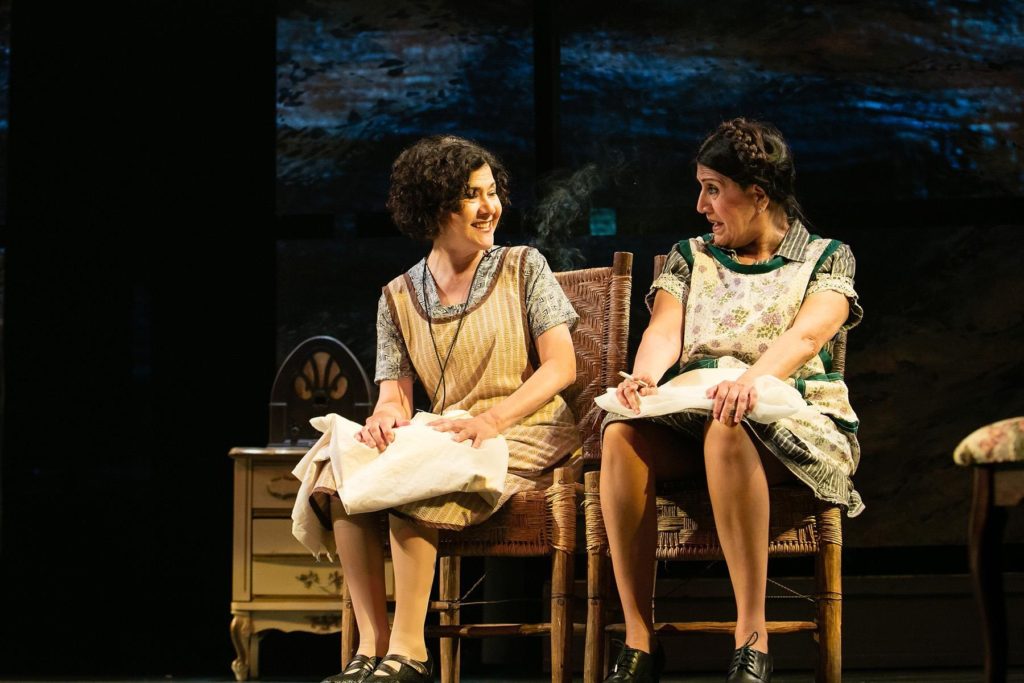 It is, above all, a family story framed in an instantly recognizable historical context. Part I’s Faith begins in 1915 as young Esperanza and Silvestri leave a Mexico devastated by revolution for what they believe will be a brighter future in Arizona, and continues through the 1940’s war years. Part II, Hope, picks up during JFK’s presidential reign and the Cuban Missile Crisis of the early ‘60s, and Part III, Charity, skips forward to 2005 Los Angeles, after the invasion of Iraq.

Against this indelible backdrop, the Morales family experiences birth, death, love, and loss, as each generation’s distinct characteristics give way to the next.

There is a fluidity to director Jose Luis Valenzuela’s approach to the story that is almost poetic in the way it fuses its keen visual and storytelling elements. Memory creates powerful images and Valenzuela honors that union with reverence and healthy doses of humor enhanced as much by what we see and hear as what we don’t. 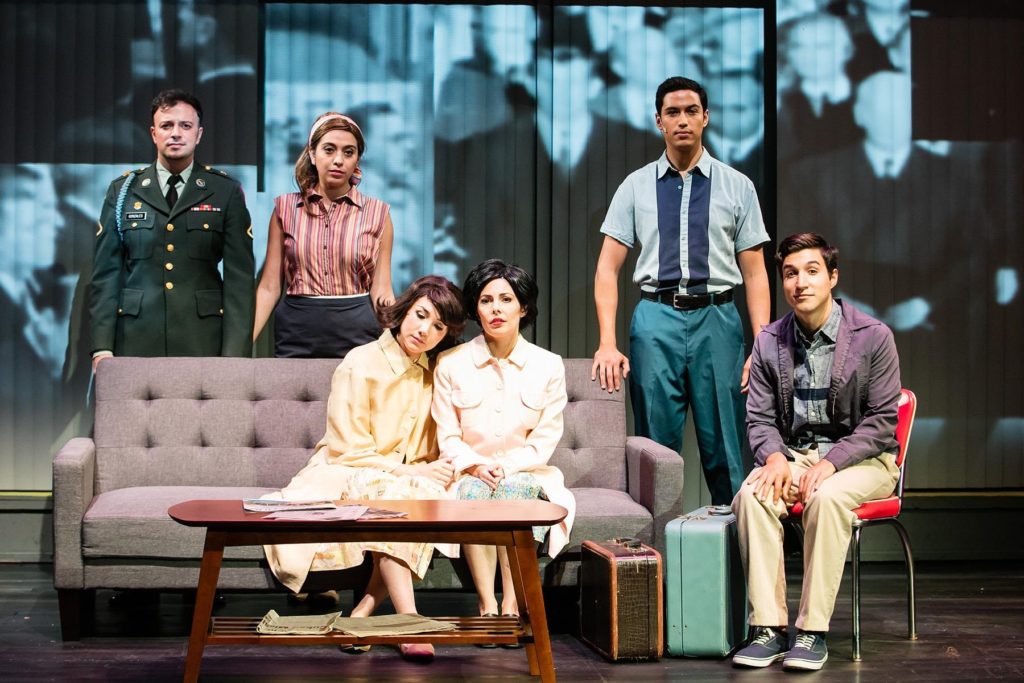 A by-product of creating art with a core acting ensemble that has grown together over the course of many years, like this one, is that communication becomes almost intuitive. You can feel it in the audience when you’re watching them. They also bring to the plays their own personal history which enriches the work even further. Lucy Rodriguez, Sal Lopez, Geoffrey Rivas, and playwright Evelina Fernández are an incredible study in truth. That they and their fellow actors (equally as skilled) breathe life into these characters so effortlessly is not at all surprising. It makes the view from our vantage point remarkably humbling and inspiring.

The traditional underpinnings of Part I’s Faith anchor the story culturally before skipping ahead to the idealistic Forties when brave young men went off to war and left many a sweetheart to navigate motherhood alone. Scenes taut with tension coexist alongside those full of situational humor and snappy dialogue that everyone who has siblings will instantly recognize. Hope swells with the optimism of the early Sixties and here the playwright has great fun with a series of fantasy sequences that provide a lively comic diversion. The sobering reality of Charity comes full circle as it connects back to the beginning by acknowledging its roots and providing an avenue to forgiveness. 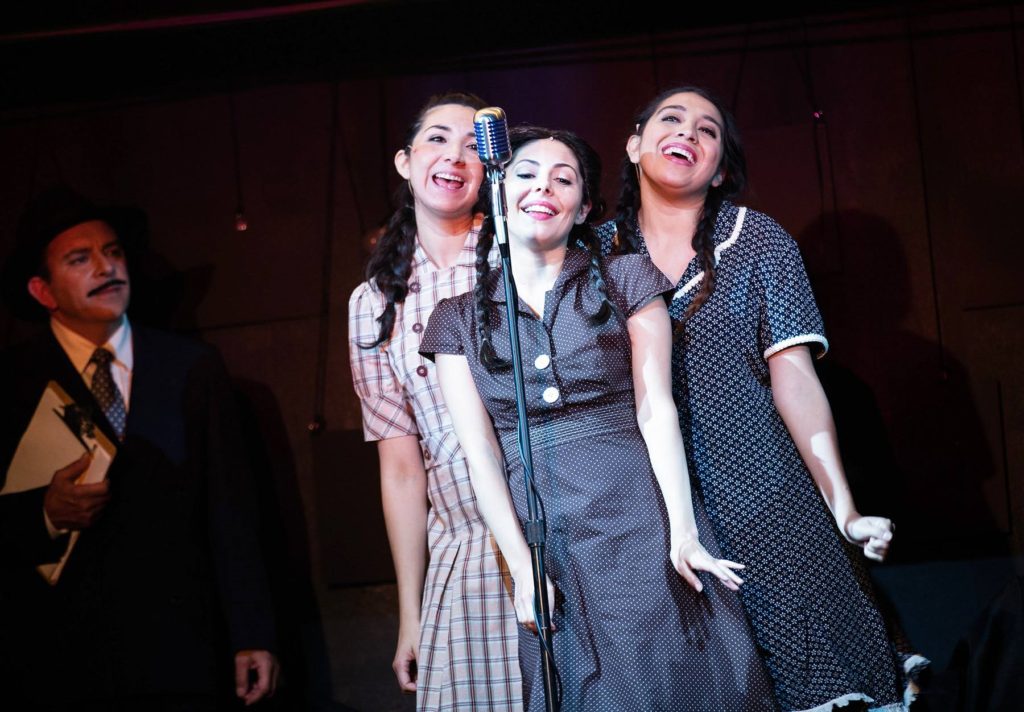 Each era brings with it a soundtrack that further accentuates the passage of time. Olivia Cristina Delgado, Ella Saldaña North, and Esperanza America’s 3-part harmonies are particularly satisfying on a dozen or more standards like the Andrews Sisters’ “I Want to be Loved” the Everly Brothers’ “Love Hurts” and with the additional of their brothers, a dreamy version of “Mr. Sandman” that rivals the original by The Chordettes. America’s lush solos reveal a singular ability to interpret a lyric and a voice that could melt an iceberg. Rosino Serrano’s musical direction – and what I assume are his arrangements – are perfection.

The design is equally as polished. Francois-Pierre Couture’s two-level cutaway scenic design morphs seamlessly from period to period, first incorporating the grainy textures and sepia-toned hues of the more traditional early years and later introducing the bright pinks, blues and sunny yellows so evocative of the budding television era. Thoughtful touches of whimsy in Carlos Brown’s costumes and Yee Eun Nam’s detailed projections combined with Couture’s set and Pablo Santiago’s lustrous lighting design create both intimacy and a sense of the all-encompassing mystery of life as pivotal moments play out with panoramic appeal.

A MEXICAN TRILOGY: An American Story