A Master Class on What Becomes a Legend Most 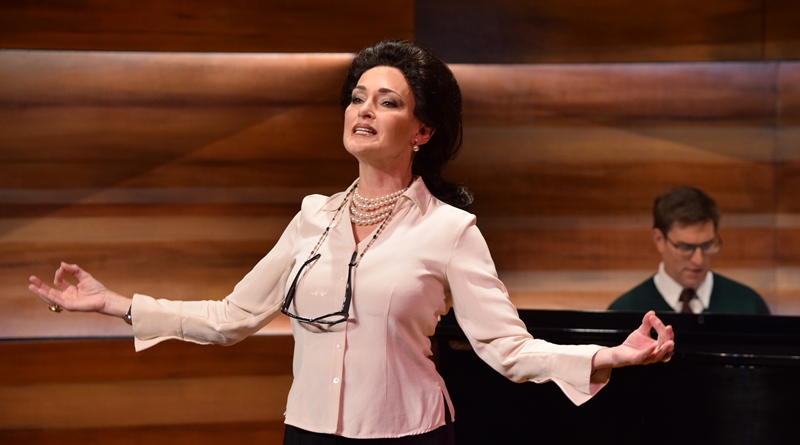 In 1970, Maria Callas posed for Blackglama’s iconic “What Becomes a Legend Most” ad campaign. The famous black and white Richard Avedon photographs shot against a simple gray background captured the glamour and allure of black mink featuring some of the most iconic faces in the world. It was indeed a look, and Callas knew it was for her.

Callas talks about the importance of having a look in Terrence McNally’s Tony Award-winning play, Master Class, based on a series of vocal master classes the opera singer gave at the Juilliard School of Music in 1971 and ‘72. Though it is written for a cast of six, it is essentially a one woman play centering on Callas.

Carolyn Hennesy takes on the role in this first production at the new Garry Marshall Theatre, long known to its Toluca Lake neighbors as The Falcon. Rechristened, and sporting a redesigned lobby that could double as a sleek modern art gallery, it all but glistens with possibility. The choice to begin the theatre’s first ticketed season with Master Class is a smart one. It’s definitely a way to make an entrance, another lesson offered by Callas in the pages of the play, and co-artistic directors Dimitri Toscas (who also directs the play) and Joseph Leo Bwarie have done themselves proud.

So, how is Hennesy as La Divina? Small, but mighty, poised, prickly, opinionated, disdainful, luminous, and utterly enthralling. There are times she is as cool and still as a statue but you can feel the volcano itching to blow just beneath the surface. Her resemblance to Callas (impeccable costuming by Michèle Young and wig design by Laura Caponera) is uncanny and when the light catches her just right, all you can think of is the phrase, “A face that launched a thousand ships.” 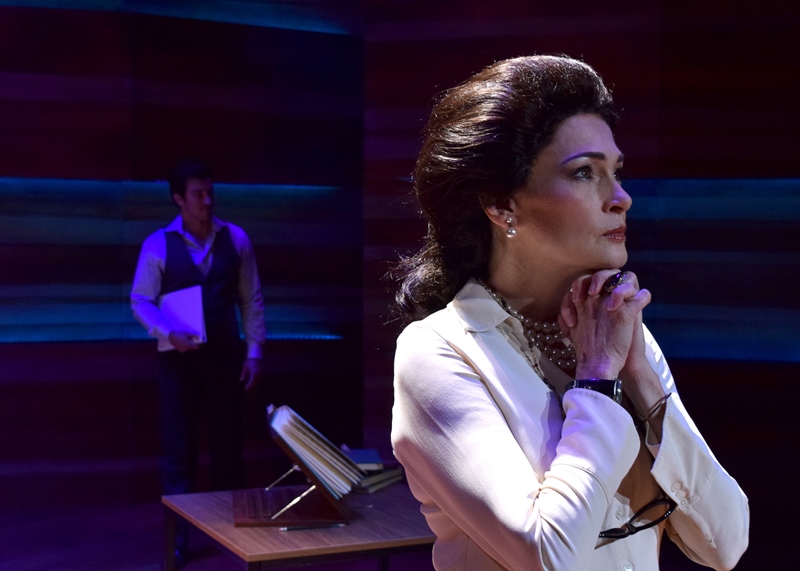 Heartbreaking truths about the price Callas paid to become such a star are brilliantly delivered in flashback scenes and will surprise anyone not familiar with the details of her personal life. Nuanced and containing a world of colors, Hennesy reveals a sensitivity to the material that makes this one of the most striking performances of the 2017 theatre season. In perhaps the most devastating few seconds of the entire play, she attempts to sing. No matter how many times I have seen it, it is still always shocking in its vulnerability.

Garry Marshall Theatre’s elegantly crafted production of Master Class is a gorgeous example of pairing the right actor with the right play at the right moment in a theatre’s evolution. Callas says one must know one’s assets in order to create art. Rest assured they do here.