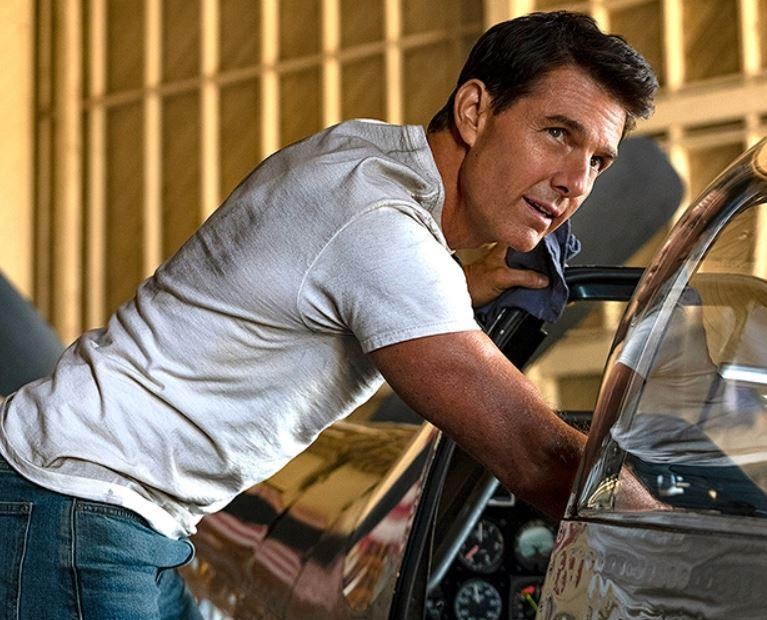 Tom, you had us at “hello.” Forget the whacky couch jumping Tom Cruise and just revel in movie star Tom Cruise, a title he has truly earned. In Top Gun Maverick, he reprises his role as Pete “Maverick” Mitchell in the sequel to 1986’s Top Gun, which marked the biggest opening weekend box office of Cruise’s career after it hit theaters this past Friday. And yes, it is a must see and a must see on a big screen.

It was a wonderful action filled movie from stop to finish. The flying scenes are incredible, and the actors actually were flying the planes! It has a terrific story line, including the beautiful Jennifer Connolly as Tom Cruise’s love interest. And let’s just say this – you’ll enjoy seeing Tom’s six pack abs too.  For a 59 year old, this guy has six-pack abs that twenty somethings would envy. And it is very touching the way they brought Val Kilmer into the sequel (he was the Iceman in the first movie.) As you may know, Kilmer had throat cancer and lost most of his ability to speak, but there is a very touching and emotional scene with him.

It’s not often that the critics and audiences agree that a movie is terrific, and Top Gun Maverick has make everyone happy.  Especially Hollywood who is seeing a resurgence of theater ticket sales with this movie. And stay tuned….the next Mission Impossible is out next year!