Breaking boundaries… is the topic of this week’s column beginning with Straight White Men. Written by Young Jean Lee, directed by Anna D. Shapiro, starring  Stephen Payne, Josh Charles, Armie Hammer and Paul Schneider, the play also features  Kate Bornstein, a gender theorist who defines herself as non binary, and Ty Defoe, a two-spirit member of the Oneida and Ojibwe nations. These two come on stage as sort of a a prologue to the show, explaining, among other things, why the music in the house before the curtain was so incredibly loud and raucous. There is a specific reason, but I think it best you see the show to understand why.

When the actual play begins, there is a sense that you are watching a live exhibit at a museum. Heck, the title of the show embossed on a plaque frames the stage, so that sets the tone. 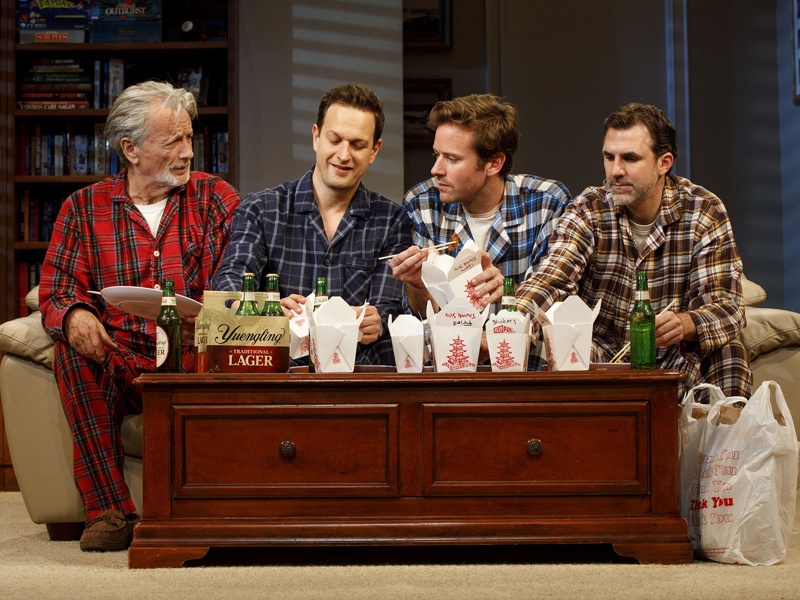 Straight White Men is surely a conversation starter, as numerous themes are addressed. But, first and foremost the theme of  family dynamics provides the framework. That dynamic is fascinating on its own, but there is much more to delve into, as this play explores white privilege, gender identity, and raises the question of how we live our lives in practice, not just in theory.

There are some funny moments for sure. I particularly like the interactions of the three brothers. However, due to some heavy handed direction, sometimes their antics seemed forced and awkward.

Take a play written in 1640, a slate of songs from the enduring all girls band,The Go-Go’s, showcase the first transgender woman to create a principal role on Broadway (in her Broadway debut) add in themes about finding true love, no matter what the gender, throw in some super inventive choreography and fabulous costumes and sets and …whew! you’ve got Head Over Heels. It’s a dense piece of work, and I have to admit, a workout explaining the story. If you don’t get too mired in its weight and go just for the fun of it, you will enjoy Head Over Heels. It’s hard to summarize the plot into a sentence, but how’s this? Head Over Heels is about gender reversal, embracing who you love, and finding your way home.  This is the kind of musical where you just go with the flow, enjoy the music and the clever way it is woven into the story, and celebrate all of humanity. Think “Something Rotten” meets “Kinky Boots.” 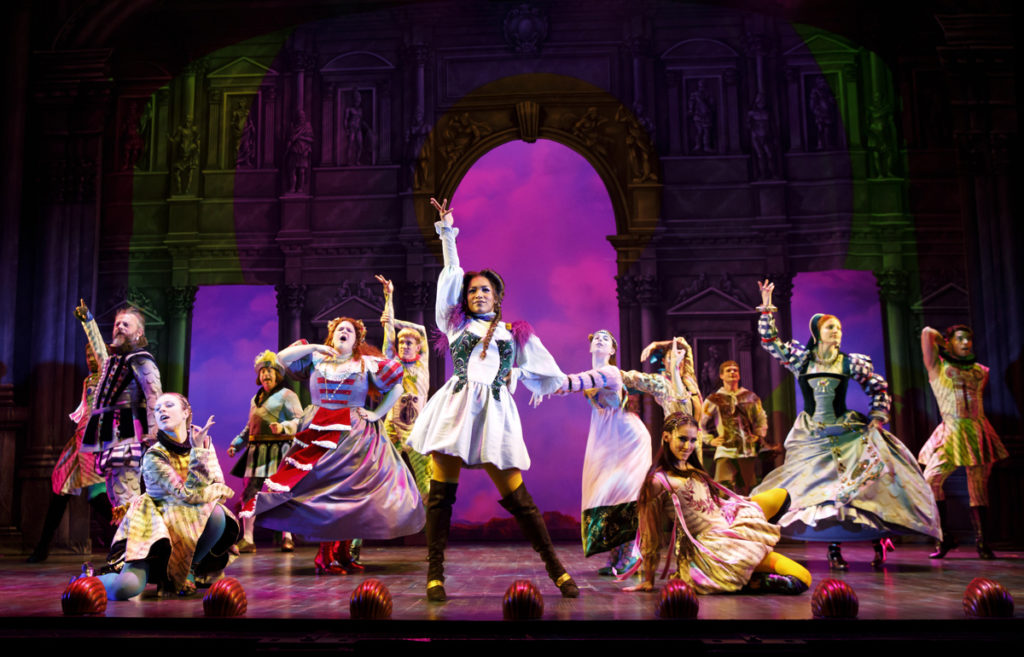 I went opening night where people dressed up and down, with men wearing gowns or suits with high heels, transvestites in wigs, everyone super fabulous.  Head Over Heels is fun and feel good. How can you not like a show where at the conclusion, everyone ends up exactly where they’re supposed to be?

For a weekly dose of Broadway news, conversations with performers and creators, talk about food and restaurants, tune in to my new radio show “Bagels and Broadway with Valerie Smaldone” Saturday 9-10 AM on AM970.