These Boots Are Still Made for Walkin’ 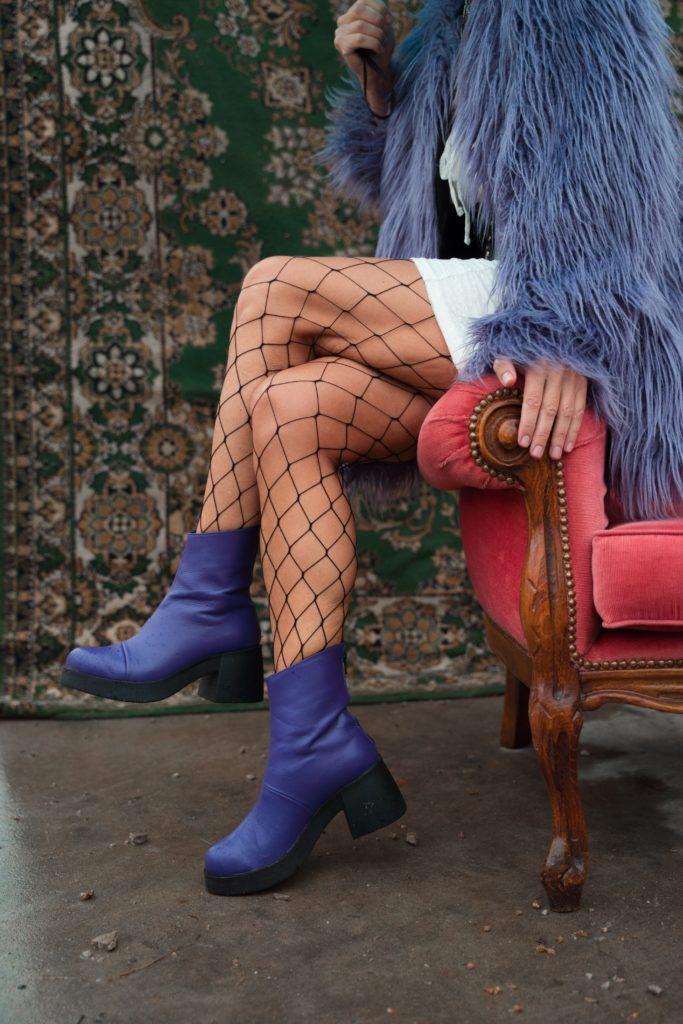 These are a sample of the comments I would receive when revealing my age. They were all meant to be the highest level of compliment. And I, admittedly, was secretly tickled and flattered while I breezily gestured them away. But then, it hit me. We are not supposed to look like the age we are. Telling someone they look younger than their actual age is a surefire ego-booster in our modern society.  Unless, of course, you are a child or a teenager, then it is a plain out and out insult. Somehow, I was always perceived to be younger than my years. When I entered adolescence, I so wanted to be confidently mature, even during those hippie years. When I showed up to observe a classroom in college as part of my Education requirement, I was often stopped in the hall and asked for my “pass” and had to loudly declare that I was here to teach.

When I came to New York City to pursue an acting career, I discovered that looking younger than my years without the benefit of being an actual ingenue, was extremely frustrating. I would hear over and over, “You’d be perfect for this role if only you were older.” I knew I was that rare minority who wanted to look older so I could work. And I was continually told I would have to “grow into” my type. Another ironic footnote, is that no matter what age group I entered, I never looked it. My vanity was competing with my desire to get cast.

What is wrong with looking like the number you are? I surmised that a number has a different reference for every individual. But still, it began having a hollow ring as the proverbial closet door had opened up for, seemingly, everyone else. Ethnic and racial groups, the LGBTQ community, mentally and physically challenged, those on the spectrum and even the plus size were now raising their voices and proclaiming who they were.  Truthfully, some of these doors were opening slowly or only opening a crack but there was evidence that progress was beginning to be made and voices were starting to be heard and listened to.

People always told me that I could lie about my age and get away with it. That sounds too much like “passing”; something all kinds of minorities were forced to do at some point in history to be accepted into the mainstream. It’s like living a lie and not being your authentic self. Would I gain more respect, rack up more points and have higher status if I erased a decade?

Not to mention, I would have to change my precious memories. It would mean I couldn’t talk about the excitement of seeing the Beatles for the first time on national TV. I couldn’t share the joy of celebrating the first Earth Day and being one of the first 18 year olds to vote. I loved when I grew up;  perhaps I am a bit snobby about being a baby boomer but we came of age when all the rules were broken and society was shaken up. Mick Jagger might have had recent heart surgery but he is still planning  to tour and yet, it was unthinkable at one time that a rock musician would be relevant after the age of 30.

It drives me crazy when I hear people peppering their conversation with cutesy, self-deprecating phrases such as “Back in the dinosaur age..” or  “I was involved with that !$%# years ago” as they pretend to gargle the number of years. I would love to see the disappearance of that laughing excuse “Because I’m old”  as to why a person can’t do something when it seems like others can. You can’t do it at first because it’s new to you. You were never taught how to. Period.

Ironically, the people who give me the most flak are the ones in my own age group. I have been chastised for wearing a bikini (ok, a modified one) and short skirts, as well as hair below my shoulders and hanging out with people who are much younger than I am. Incidentally, my younger friends and colleagues are my biggest cheerleaders! And I like to think I’m an inspiration to them. While one is never too old to learn, one is never too young to teach. See, I want to empower everyone. I also stick up for younger people who get dismissed simply because of their age; I was in that group too and I remember how that felt!

I started calling myself an age activist because I refuse to be put in a stereotyped box and hang my head apologetically for my years on this planet. And like an Avenger, I want to halt this kind of behavior that intelligent and experienced people think they have to do, especially if they notice the crowd is quite younger. Did it never occur to them that younger people are drawn to them because of the very qualities they seem ready to brush aside? Why would anyone want to downplay everything they have learned and experienced over the years? I once went to a film screening with a young woman in her 20’s. I asked her how she felt when someone older began their introduction with an obligatory self-deprecating phrase before they shared their specific knowledge. Did she find it funny? Would she find the speaker more palatable at that point? The young woman replied that hearing someone put themselves down actually made her somewhat uncomfortable. It never would have occurred to her to view the speaker in a different way if the age comment was never included.

I also don’t appreciate articles telling people, or to be more specific, women, on how to age. One article talks about all the anti-aging secrets and how to keep youthful and the other one talks about embracing your wrinkles and gray hair. I want to scream out, “Stop telling women what to do!!!!!” We all age differently and have different aesthetics, creativity and preferences. Even five year olds look different in height and vary in ability; why can’t we give the same leeway to the 50 and older set? Let’s not perpetuate this age/knowledge/experience shaming and let’s stop putting a high value on one number and erasing value from another.

I’ve always observed the demonizing of intelligence and intellect is done either to disempower a person or group from the outside or by others in that group to distract from their own insecurities. At any rate, I don’t buy into it and refuse to fall into these traps that want to force me into belittling myself. I would start thinking something is wrong with me because of my refusal. That’s not to say that I didn’t observe the physical changes that have happened so gradually including the fact that I finally needed reading glasses. But I have also witnessed the gifts, the confidence, the wisdom, the appreciation of life and my talents. I’ve been braver and have shrugged off the need to please everyone and those pesky “what if’s”. I’m more eager to jump into the deep end without getting warmed up in the shallow part.

There is a saying about aging; that many people do not have that privilege. Whenever I hear the sad news that a friend or colleague or even a much admired celebrity has passed away and never made it to my age, I am aware of that privilege and I feel grateful for my years. And that is what I celebrate.

It is time to reclaim your years…. without apology! While society’s perception and its laws need to change, we need to transform our own self-perception and self-worth as well. So rip up those old, dusty cliches, turn up the amp in your voices and joyfully raise those fists. Put on those boots and keep walkin’…proudly. 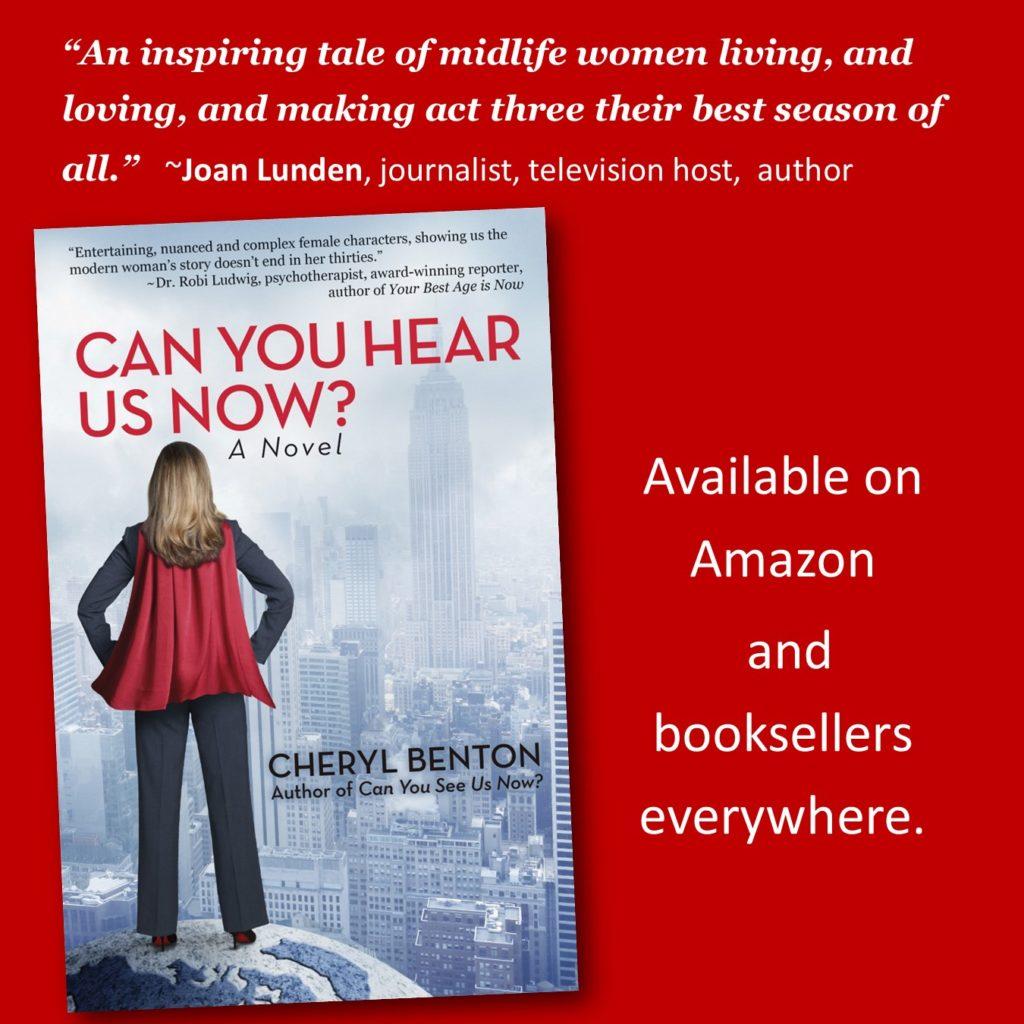