There’s a “Roar” on Broadway 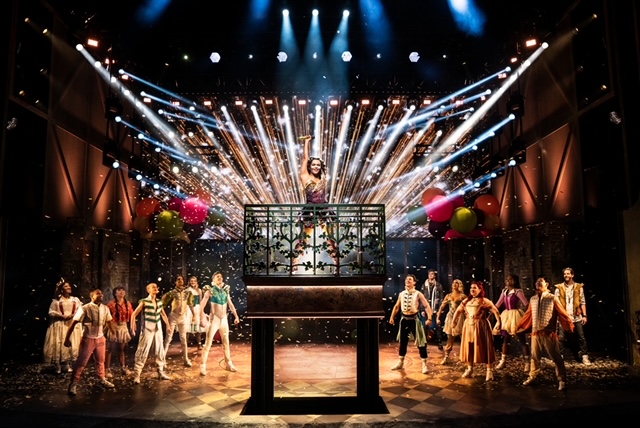 & Juliet, a new musical with book by David West Read, a writer and executive producer of the hilarious series Shitt’s Creek, and popular songs by crazy successful songwriter/producer Max Martin (in the program it states “Max Martin is the genius …behind more #1 hits than any other artist this century”) just opened on Broadway. Whether you listen to the radio, satellite or streaming services you know the songs in this musical; from “Baby One More Time” to “Raise Your Glass “to “Roar” to “I Want it That Way” there is no concern about singing along to the score.

For Shakespeare fans, you have been warned: this is a deconstructed play. & Juliet takes the classic Romeo and Juliet tale and turns it upside down and inside out, asking the major question, what if Juliet didn’t die? And then some more:

What if Romeo was a player and not terribly smart?

What if Juliet shakes off the notion of needing a man to have a great life?

What if the play were Juliet and Romeo, putting Juliet first? 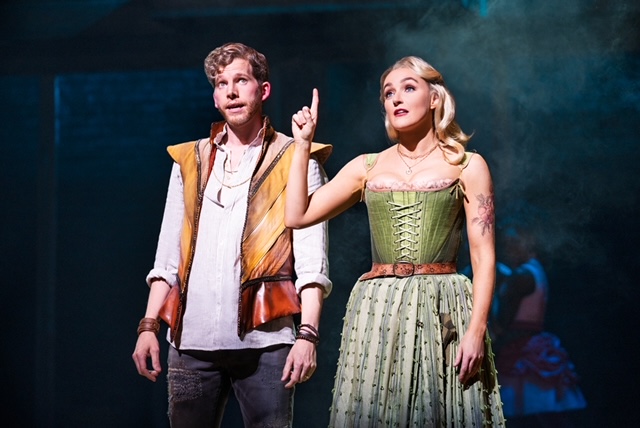 In this musical, Will Shakespeare’s wife, Anne Hathaway (yes that was her name) has a huge presence, imploring Will to let her have a crack at writing the story her way. And her way, is surely one that will make Juliet a heroine and way more interesting than Romeo. (By the way, in real life, Anne Hathaway married Will when she was 26 and he a mere 18.)

The headline here is that this show is clever and provides a wonderful evening of entertainment.

Lorna Courtney, a hometown girl hailing from Queens, is Juliet and was born for this part.

Anne, played by the fabulous Betsy Wolfe, is a great role. She seems to put Will in his place while at the same time coming forth as a beacon of female empowerment. Stark Sands is solid as Will Shakespeare.

Then there are featured characters including Lance, the father of a boy who is apparently smitten by Juliet. Lance is portrayed by the amazing Paolo Szot who gets to show off his operatic chops. Melanie La Barrie plays Angelique, the nurse who has a thing with Lance. 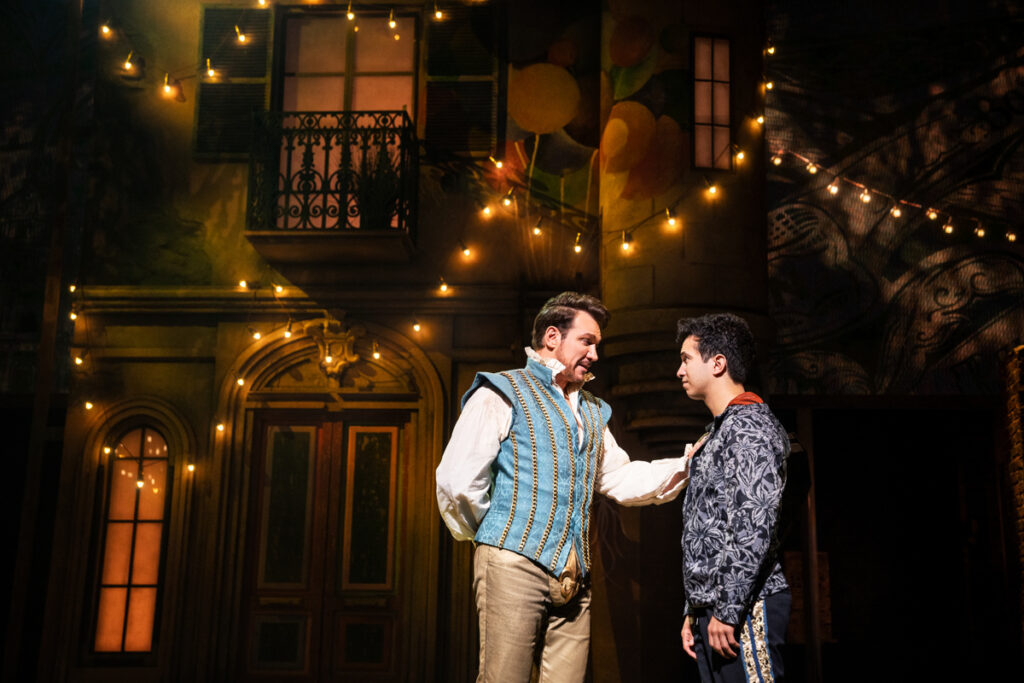 It’s always exciting to note that a production has given a majority of the cast (15 for this show!) their Broadway debut. Two featured performers making their Broadway bow include Justin David Sullivan (May) and Philippe Arroyo (Francois). May, a best friend of Juliet, is in love with Francois, the son of Lance, and boyfriend of Juliet. Both performers are wonderful.

In the performance I saw, Romeo was played by Daniel J. Maldonado, who did a fine job filling in for Ben Jackson Walker.

Choreography by Jennifer Weber and direction by Luke Sheppard is energetic and fabulous.

Now for the negative comments.

Here is the second headline:  I am just not a fan of musicals using popular music selections in their score. It feels like it is not quite an authentic musical and that the songs are shoehorned into the plot, using the convention to instantly engage the audience with the music, because the tunes are recognizable. And I felt that way clear through intermission. Although the plot was quirky and enjoyable, that jukebox musical thing kept a chip firmly planted on my shoulder.

By the 2nd act, however, I changed my mind, because I realized I was simply having too much fun.  I decided that, despite the convention of employing music you hear on the radio, I was won over. I went out dancing, clapping and singing along.

There is no doubt about it. & Juliet is a feel-good show. And it is pure fun. If you are like me, and can let the lack of original music go, you can certainly have a good time.