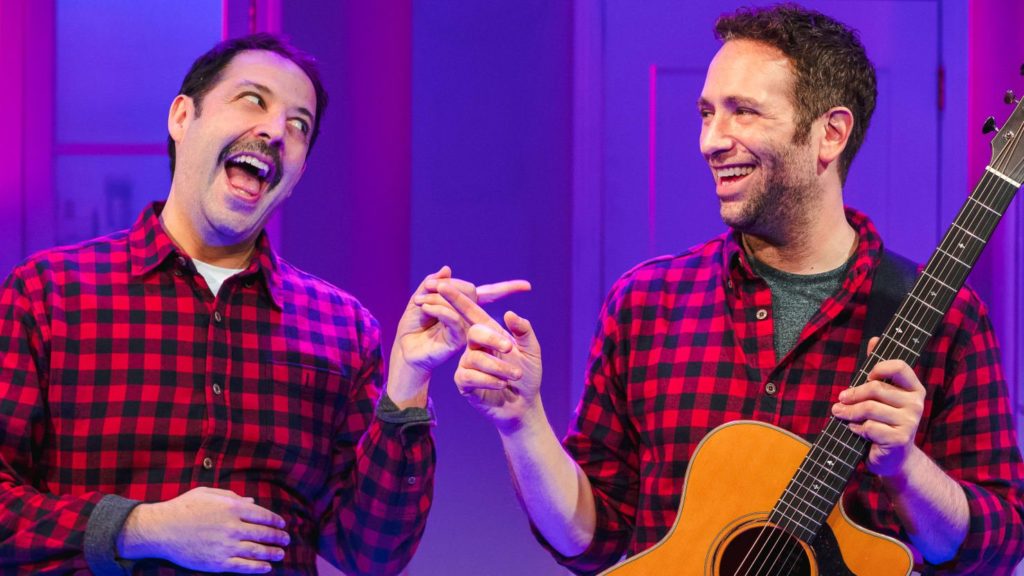 An adorable little musical named The Other Josh Cohen is the perfect entertainment vehicle to escape from the brutish headlines and situations that assault us every day, simply because it’s just delightful.

A nerdy Josh Cohen is looking to make some money, meet a nice girl, and finally have things go his way. You see, Josh is stymied most of the time, but things change when he receives a check in the mail, realizes it’s not for him…and finds out about the other Josh Cohen. 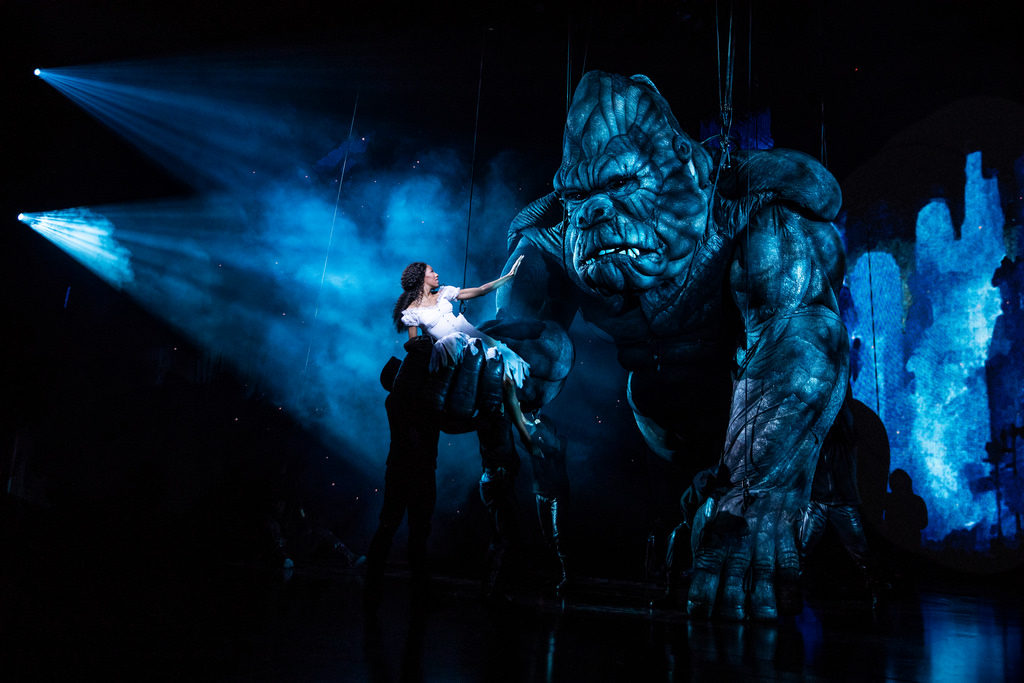 A breezy 90 minute, no intermission show, this piece is written by David Rossmer and Steve Rosen who also star in the musical. Directed by Hunter Foster, The Other Josh Cohen is clever, fun and so very entertaining.
At Westside Theatre through Feb. 24. http://otherjoshcohen.com/

And now, a transition…from a small gem of a musical to a mammoth, massive behemoth of a show.. KING KONG.
The best way to describe this piece is that it is a spectacle. A feat of technology and art coming together. The sound design is awe-inspiring and Tony worthy, as is the inventive set. And then there is Kong himself. This puppet is astounding, and seems to come to life on stage. With numerous handlers operating Kong on the ground and in his head, the way he responds, sniffs, roars, moves, stomps, picks up Anne, nudges her, and finally looks so very sad and sympathetic is what makes the show fascinating.

The wizardry of Kong is the star of the show, and kind of eclipses everything else.

The music is okay, with just a couple of good songs, that Christiani Pitts, who plays Ann Darrow, gets to belt. Kudos to this young, lithe actress who is often found in the grip of the creature, riding on his back or flown around the stage. King Kong is a physically demanding show and I found myself sitting forward in my seat when Kong (and his amazing handlers) took the stage. Once, Kong even ventured to the very edge to delight the audience in the front row. But this show is all about the effects, the technology, set design, lighting and sound. It was no surprise to me when King Kong’s handlers and Kong himself got the biggest applause during the curtain call.
https://kingkongbroadway.com/

For more theatre news, interviews and conversation, listen to “Bagels and Broadway with Valerie Smaldone” Saturday morning from 9-10 on AM970, online, on Alexa and podcast.

“The only theatre and food focused radio show in New York”