The Joy of Rescue Dogs

After our post last week on one Tomato’s search for her puppy, several other dog loving Tomatoes reached out with stories on how they found their dogs through rescue groups and shelters. The stories are wonderful, and we will be posting a few of them over the next few weeks, starting with my two rescues. 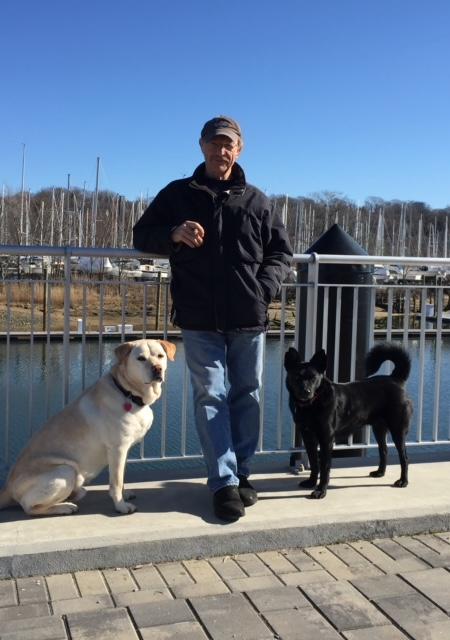 Mr. Tomato with Bascom and Guinness

My husband and I are big dog lovers. And Bascom and Guinness pictured above with Mr. Tomato. are our fifth and sixth dogs over the course of several years, and our first rescues.

We “found” our first dog one Sunday when my daughter, mother and I set out to find a puppy  at the local pound, but there were no puppies.  My daughter was so disappointed, and we decided to head to the mall to a place called “Puppy Palace.” This was long before we knew about puppy mills, and we fell in love with a cocker spaniel puppy in the “love room” where the sales person conveniently forgot to come back for 30 minutes. When he told us the price, I gasped! but by then she was ensconced in my daughter’s arms and they were giving each other kisses. We named her “Tiffany” because she definitely could have come in a blue box. She was a very hyper puppy, and that might well have been her breeding, most likely in a puppy mill, and she got a little cranky in her old age (she lived to be almost 17), but she was ours.

Shortly before she died, a magnificent two-year old black lab, Furface, whose pedigree included Westminster dog champions, came into our life. He belonged to the now grownup daughter’s boyfriend, who was “temporarily” going oversees for his job, and we agreed to let him stay with us. Long story short, they broke up, the boyfriend never returned, and this fabulous dog was ours until he died at the age of almost 14.

Before he died, we were visiting friends in Vermont, who had recently lost their dog and we went with them, along with our black lab, to a breeder of chocolate labs. In the blink of an eye, we became the parents to a chocolate lab pup whom we named Buck.

When Buck died of cancer at the age of nine, we were heartbroken. I had posted about him at The Three Tomatoes, and the next day I received an email from a woman who was involved with a dog rescue group in NYC.  She sent me a photo of the cutest little white lab mix, 8 week old pup who was arriving in New York in a week. The pup came from a kill shelter in North Carolina. He had apparently been abandoned at 4 weeks old on the steps of the shelter. I knew from the second I saw his cute little face, that he was destined to be ours. 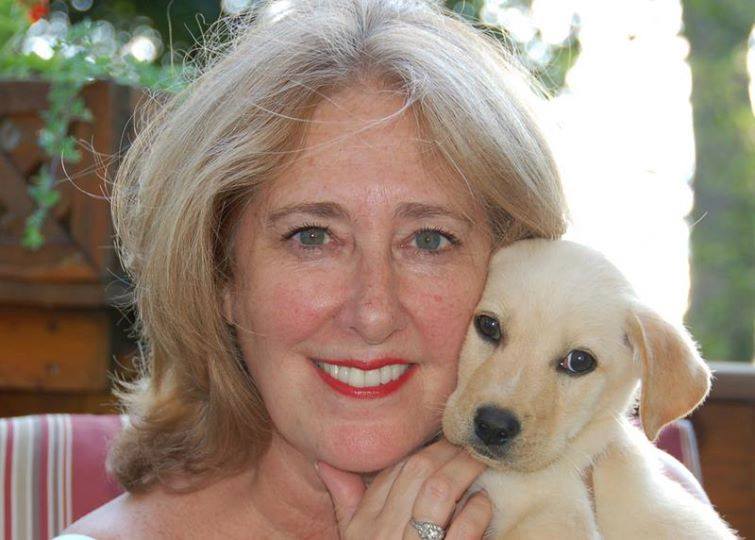 Bascom and me when he was just 8 weeks old.

So Bascom became our first rescue dog. He is an amazing dog, mostly lab with probably some pit bull and loves everyone. People stop on the street to pet him because he always looks like he is smiling.

When he was two years old, I got an email from the same rescue group. They had a one year old dog who had been placed with a family on Staten Island, and while the family loved him, they were not home during the day and the dog was spending all day in a crate. They knew they had to find him another home.  And that’s how Guinness came to us.

He was very shy and timid in the beginning, and is much smaller than his big brother, but Guinness now rules the roost. We had no idea what kind of dog he was, but assumed he was some kind of mixed breed mutt. Then one day, my husband was reading The New York Times and there was an article on Carolina Dogs, with a photo of a dog that looked just like Guinness.  By the way, Guinness had also been rescued from a kill shelter in South Carolina.

Turns out that Carolina dogs are a recently discovered breed, perhaps descended from primitive dogs who walked to North America via the Bering land bridge, over 12,000 years ago. They have only recently been domesticated and they hold onto their wild instincts. He is the fastest squirrel chaser you have ever seen.  He has a quirky personality and we adore him.

While we loved our purebreds, Tiffany, Furface, and Buck, there is something truly special about rescue dogs, and knowing that you have saved them from a life on the streets, or in the wild, or perhaps death. And the love they give you, almost as if they sense they’ve been rescued, is priceless.

There are many wonderful rescue organizations and shelters that are no kill. Here are three.  If you can’t adopt a dog, think about a donation to one of the groups.