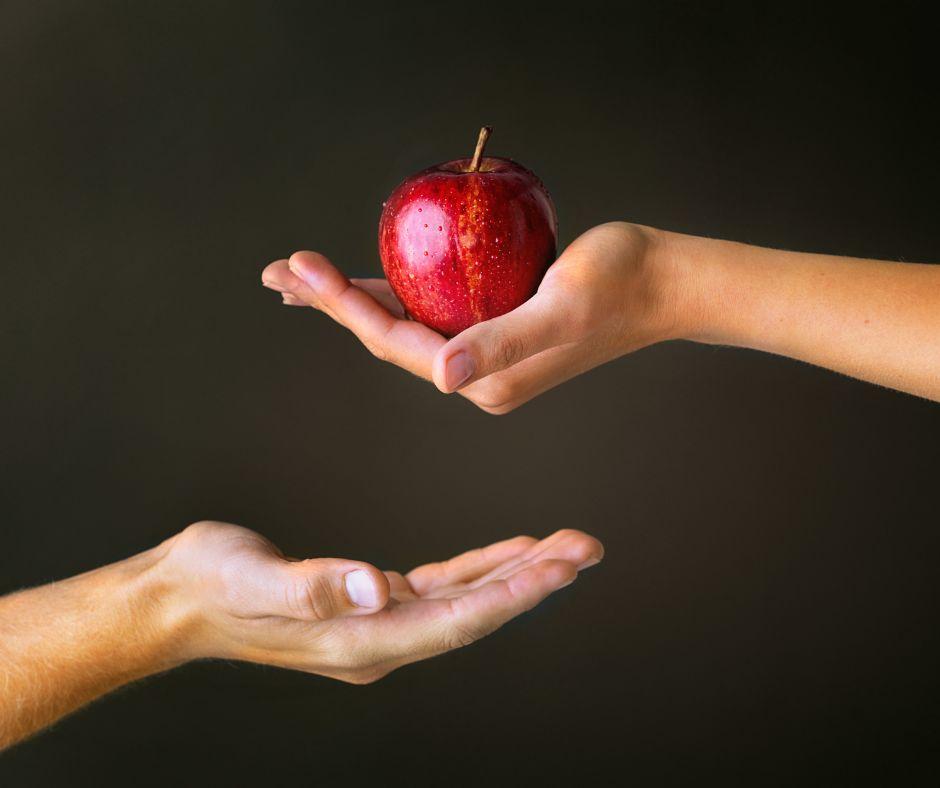 It is probably cliche to say Men are from Mars and Women are from Venus, however, it seems to hold true.  The differences in thought process, reasoning process and expression are often polar opposites. The exploration as to whether this is chemical or societal is an interesting voyage.

“Honey, we need to spend some time apart so that you can accomplish all you need to do—books, projects, paperwork.”  What does he hear?

“You don’t want to see me anymore, we are breaking up,” he thinks.

No, that is not the intent of the comment.  The statement is made to allow everyone to maximize their time and potential.  But in the male world of black and white vison, there can only be one reason. Women seem to have a greater capability of understanding the gray.  Understanding that there are compromises, adjustments and accommodations in relationships that will ultimately make for a stronger bond and happier individuals.  Perhaps the key word there is individuality.

While men tout that they admire independence, individuality and intelligence (or free thinking) publicly, it is often the case that the woman that possesses these qualities is punished for them. I remember a particular man I met on a dating site who told me if a woman says she is independent it is a red flag.  He was quite sure it meant, “I don’t need anyone.”  Oh, to the contrary, that is not the definition of independence.

In the beginning. Let ‘s go back to the Garden of Eden with Adam and Eve. The story differs somewhat by religion and sect.  In short, here is the synopsis.

To explain the differences between man and woman, Adam is fashioned from dust, and Eve from his rib as his companion. They are innocent and unembarrassed by their bodies and being in the Garden of Eden.  After eating the forbidden fruit, as seduced by the serpent, punishment ensues. Man is given the curse of hard labor followed by death (mortality), woman is given the pain of childbirth and subordination to her husband. The serpent must crawl on his belly for eternity. This loose interpretation sets the stage for the man/woman relationship. Was woman really created from man, and is the punishment of subordination purposeful and fate casting?

The analysis of whether a Supreme Being created man and woman in equality and then issued punishments designating subordination seems unlikely and unfair.  However, it appears that the story from Genesis, in its antiquity, sets the stage for the evolution of the female role in society.  I question whether there was design in making the female physically weaker to allow for physical domination by men.  Is it possible to take this creation all the way to social and political domination of man towards woman to include the current Supreme Court ruling on Roe vs Wade?

The exploration of why inferior physical strength, which lends to domination, is important to the master plan of human civilization, is necessary.  From enslavement to rape and incest, the physical proportions of woman have lent herself to domination.  It appears that women needed to hone other qualities, like emotional quotients and intelligence to compensate.  Although this compensation is helpful, it still cannot prevent physical dominance. Ultimately, the simple question becomes: why weren’t Adam and Eve of equal proportion and strength in the Garden of Eden.

If you look at the male/female relationship from an evolutionary or biological standpoint, procreation would account for size and strength difference.  Yet, as we elevate our existence to include a philosophical existentialism, there must be more to the story.

There are examples in history whereby women ruled.  They did this without brute strength and with the enlistment of male subordinates.

In modern societies we are seeing the emergence of female leaders who have proved very successful and respected. It is in those circumstances that society has risen above the Biblical roles of the relationship to encompass enlightenment and acknowledgement of female equality.  Even in certain parts of the animal kingdom, females rule the pack. Elephants, lions, killer whales, hyenas, bonobos and lemurs are examples of female leadership.

Leadership and dominance should not be interchanged in a female centric society. For example, although female bonobos are smaller than males and will lose in one-to-one scuffles, when two or more collaborate to fight males, they win 100% of the time.  Men are from Mars, Women are from Venus.  The female bonobos collaborate for strength, seeking camaraderie and friendship among the females. Female expertise comes from age and experience, depending on coalitions and friendships.  Elephant society is matriarchal. Female leadership is dictated, it is not a choice.  There are no struggles with males for position.  Elephant females are born to leadership.

Female leadership is apparent in many family and small groups in human society.  The ability of men to hold woman down in business and government appears to be at the forefront of our culture.  However, it is apparent that women have often had a strong influence from “the middle” as spouses, confidants or advisors.  Upon analysis, this can lead to the emergence of female leadership today.

To circle back to government policy that has a vast influence on female life is to better explore the changing and emerging roles of women in leadership positions. To be independent is not to be an island, floating alone.  To be independent is to adopt the same definition that is given to a man—denoting strength, confidence and accountability.