Six-Those Wacky Wives of Henry VIII Make it to Broadway 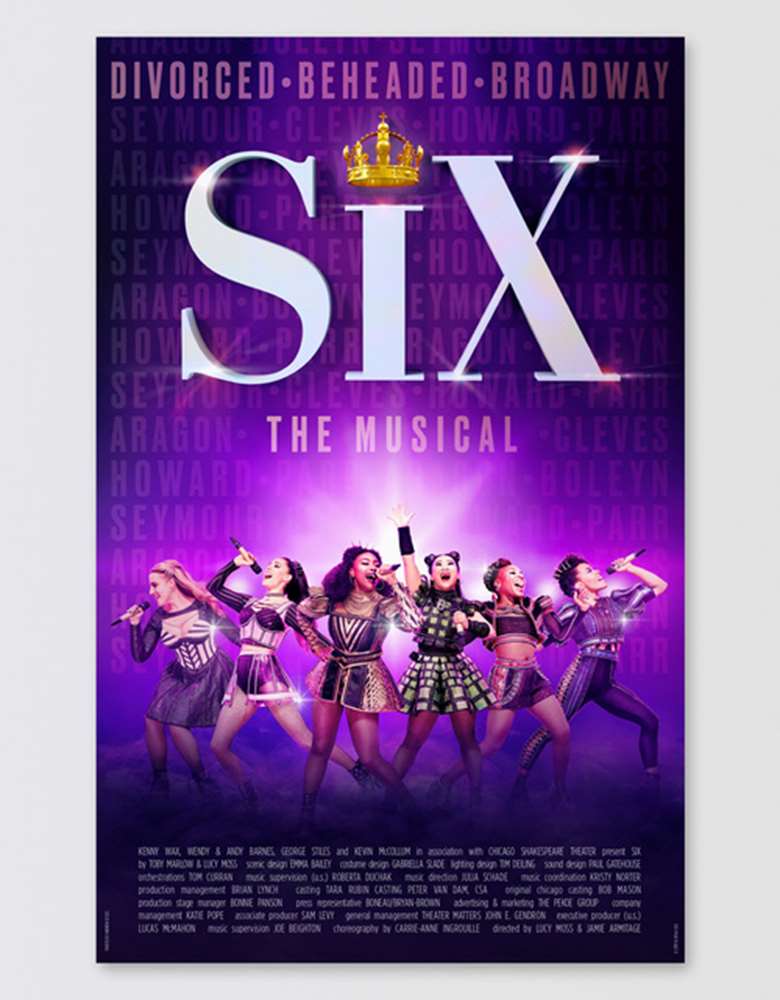 What I love about Six, the new Broadway musical, is their advertising campaign.

That is one of the most compelling campaigns ever. Super clever, I thought.

I was excited to see Six because the buzz around this show is huge.

Once in the theatre, the excitement from the audience was palpable, cheering the moment the music (at a very high decibel level) began. I had high hopes. 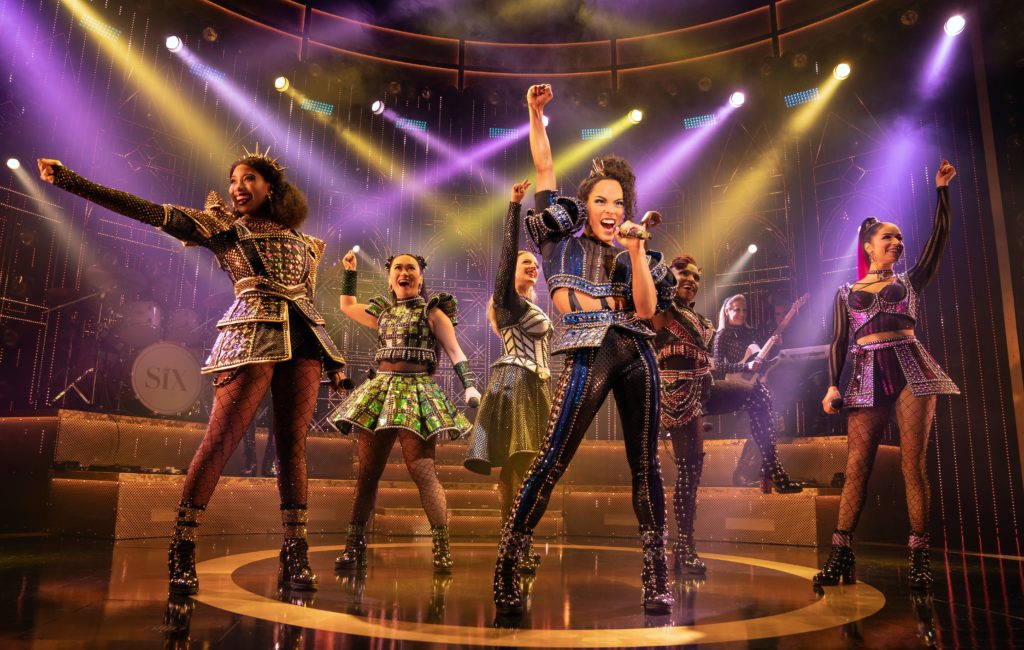 Six is a musical told in song about the wives of Henry VIII, an unfortunate bunch who got kicked to the side, murdered, or died in childbirth.

No question a fascinating piece of history, a story that is one for the ages to explore, and I can’t deny it is a great topic for a musical, but ….the polished, prescribed, intricately orchestrated moves remind me of every bit of choreography Beyonce ever mustered in her heyday. The show is a mashup of The Spice Girls and Hamilton, with some heavy girl power (sort of)  thrown in.

A thin plot is crafted for the reason all these wives gather. You see, they launch a competition between them to be crowned the most tragic queen of all.  Each wife gets her own song, telling her story, believing, of course, that she will win.

They are less than cordial with each other through most of the 80-minute piece, and in some cases completely politically incorrect. Needless to say, I knew how this would end. The women would realize that competition is bad, shaming each other is hideous and that women need to work together rather than against each other. The song of redemption is at the end when they come together to rail against that piggish King Henry.

And of course, I knew it would happen; confetti is shot out on stage at the conclusion, and then in the audience.

Six is crafted like a rock concert complete with copious use of laser lights. “Hellloooo New York” shouts one of the wives, kicking off the show, and then throughout, they call out to the New York audience repeatedly. It got tired quickly.

Don’t get me wrong. Each performer is amazing, in terms of vocalization, choreography and personality. They are super talents.

The costumes are fun, and the musicians (an all-woman band called “ladies in waiting”) are excellent, appearing right on stage behind the performers.

Sure, this is fun, but Six gets tedious at times and repetitive and quite honestly, it’s just not as clever as their ad campaign portends.