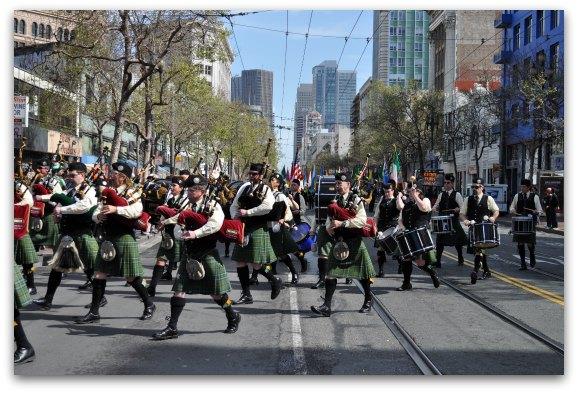 Greetings Tomatoes – now that we have marched into this month, and the promise of continued sunshine looms, let’s take a look at what’s happening! Start your hunt for the perfect four-leaf clover since it’s almost time to break out the green items hiding in your closet. We have some places to grab a Guinness and fish and chips. We found a few performances we think you will love and since it is International Women’s Day on the 10th, we want to spotlight two bay area women artisans whose items you will love. And join me in New York at our May 13 Renewal Summit. Cheers! 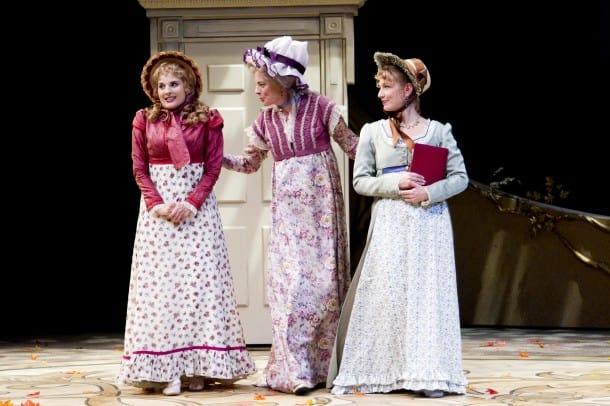 Return to the romance of Regency England with Sense and Sensibility, an enchanting new musical adaptation of Jane Austen’s beloved classic. The captivating Dashwood sisters must navigate love and sudden loss amid the rolling hills of Devonshire; but will Elinor’s practical nature and Marianne’s passionate spirit prevent them from finding their perfect matches? From the team that brought you Pride and Prejudice and Emma, Sense and Sensibility is sure to set your heart soaring! Produced by Theatre Works this show will be held at Lucie Stern Theatre in Palo Alto. Get the details.

If you are a die-hard Rodgers and Hammerstein fan you will love A Grand Night For Singing. This musical journey contains 32 impeccable song selections from that music and lyrics duo. Featuring some of the most well-known and loved Rodgers and Hammerstein songs alongside lesser known but equally brilliant gems. Each song is given a treatment that highlights how well it stands outside of its original context. Broadway’s Golden Age truly comes to life in a stunning tribute to the legendary team– with a modern twist. Exquisite melodies and evocative lyrics are waiting for you. Some of the tunes you will know from the greats such as Oklahoma!, Carousel, South Pacific, The King and I and more. March 10 – 27. Gateway Theatre, 215 Jackson St. http://42ndstmoon.org 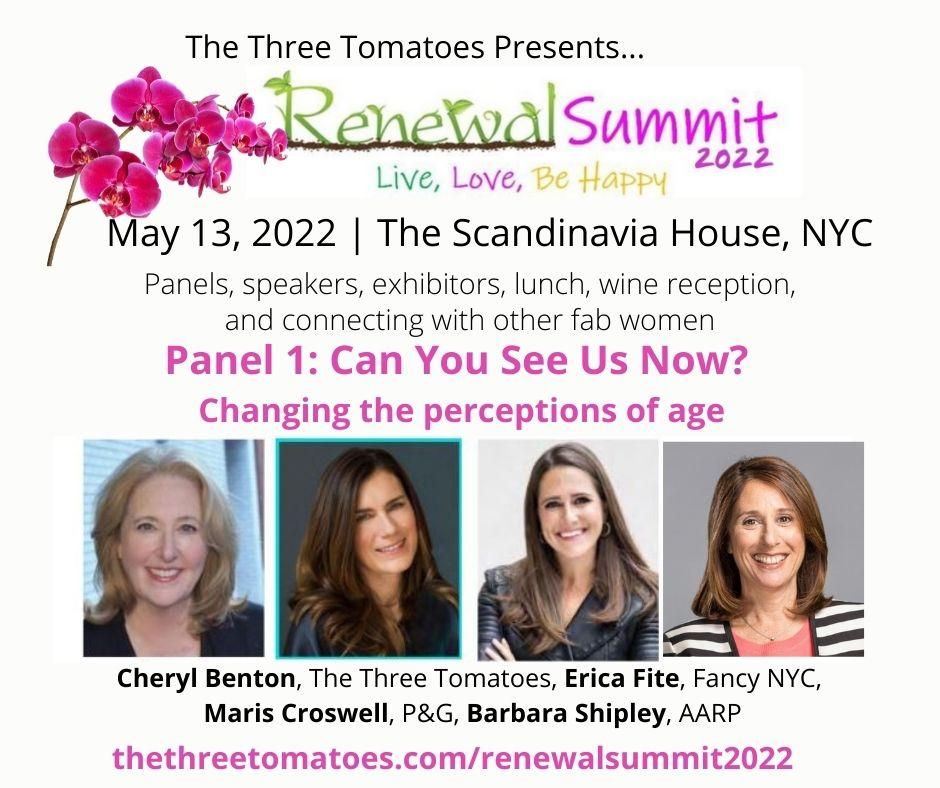 Join me in NYC at this year’s Renewal Summit. It will be awesome. GET THE DETAILS. 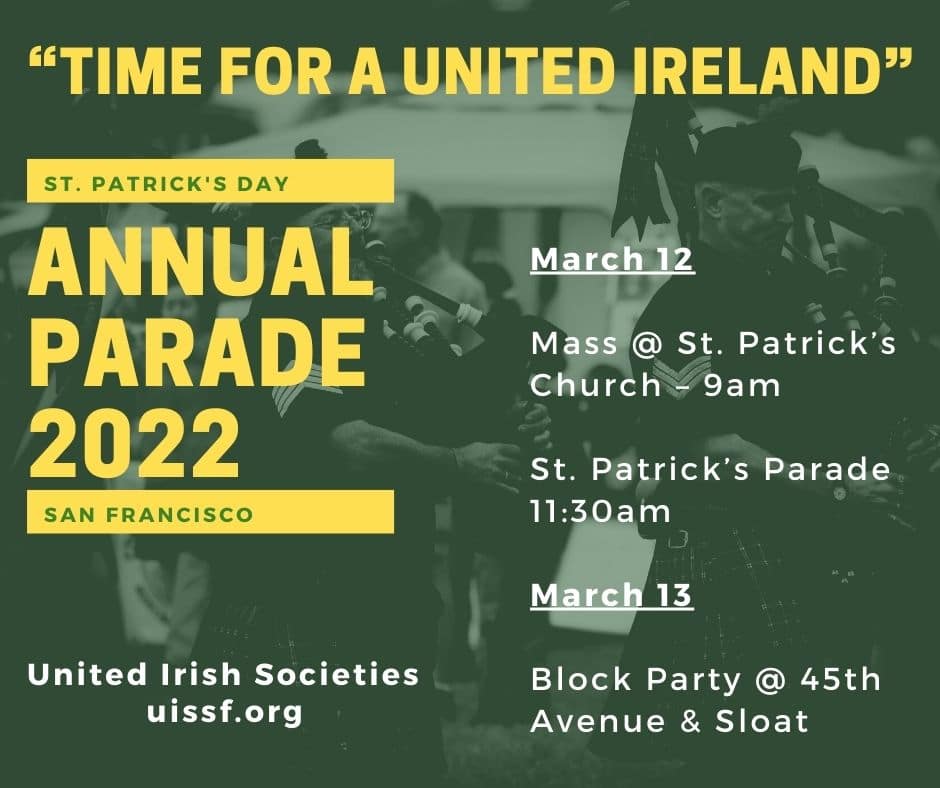 Every year, the United Irish Societies of San Francisco host a large Saint Patrick’s Day Parade and Festival. The 2022 celebration is set for March 12. The highlight of the event is the Saint Patrick’s Day parade which starts at 11:30am. The parade route begins at 2nd and Market streets and heads straight down Market Street all the way to Civic Center Plaza near San Francisco City Hall. Get more details.

After the parade, continue the fun at one of our many Irish Pubs. Here are a few to consider. 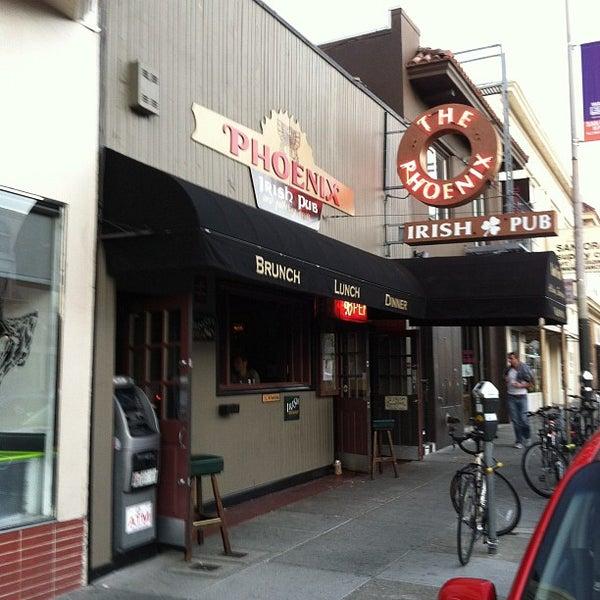 The Phoenix is one of my absolute favorite Irish pubs in San Francisco. This Mission District gem has a fun crowd and authentic dishes. Their menu includes a great selection of items including Fish & Chips, Shepherd’s Pie, and Bangers & Mash. You’ll also find other favorites such as Chicken Pot Pie and homemade Irish Colcannon. 811 Valencia Street. Get details. 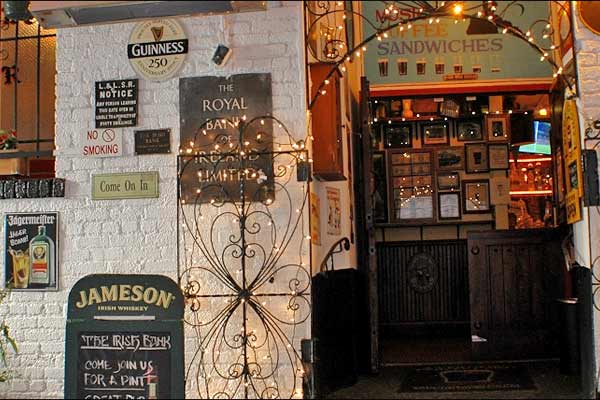 Another one of the great Irish pubs in San Francisco is the Irish Bank. It’s centrally located by both the Financial District and Union Square. They have a full bar, some great food, and even a little bit of outdoor seating. They also have one of the best Saint Patrick’s Day parties every year. Get the details. 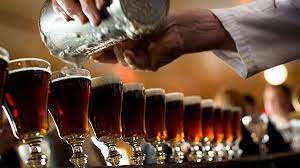 Get in the Irish spirit on Saint Patrick’s Day at the Buena Vista Cafe. Not just for tourists you know. All day long, they will be serving up corned beef and cabbage, Irish soda bread, and other Buena Vista favorites. And…of course, make sure to enjoy at least one of their Irish Coffees during your visit! They are open from 11am to 7am on Thursday, March 17. Get the details. 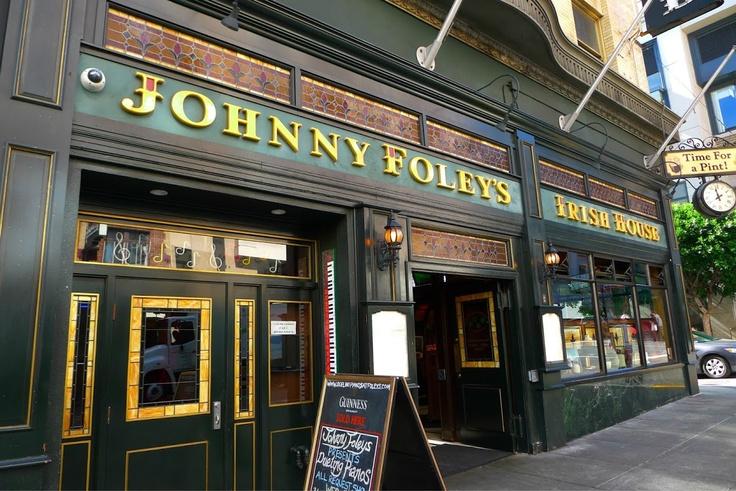 Another lively place to celebrate is Foley’s. Located just steps from Union Square, this is one of the Irish pubs in San Francisco that has a large beer selection and some great pub food. They have live music most nights and a fun, lively atmosphere. Fan favorite food items include their Fish & Chips, and Cottage Pie! 243 O’Farrell Street. Get the details. 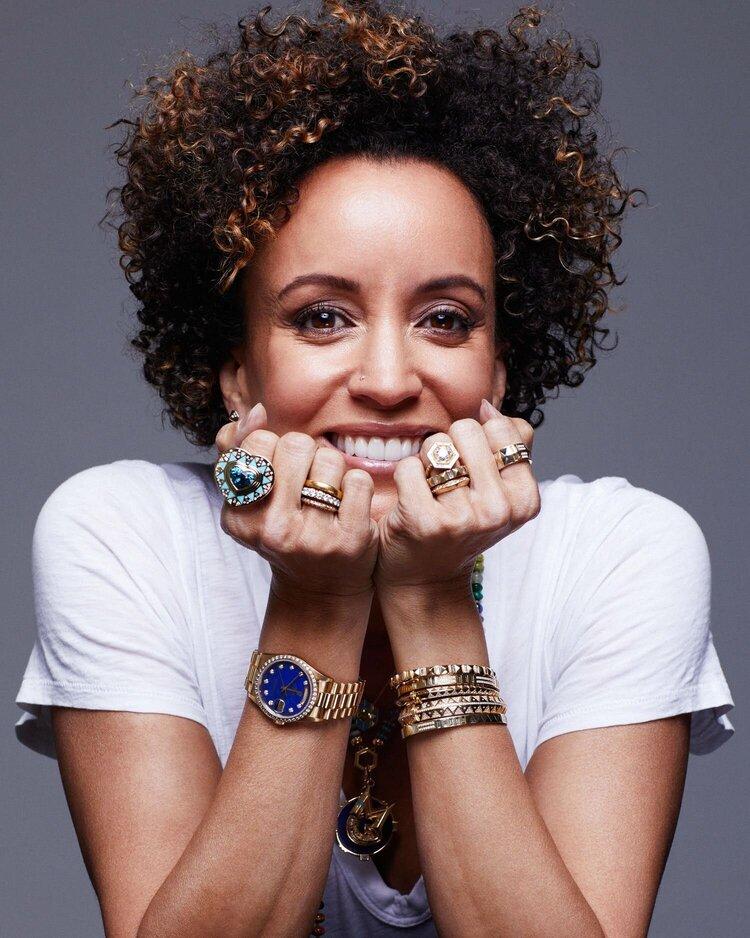 To honor women in the bay area this month, we are spotlighting two Bay Area based artists who create items we love. The first is Lauren Harwell Godfrey who creates modern gems that will tickle your fancy for decorative nostalgia. You will be in great company when you wear one of her designs, some of her client-fans include Kamala Harris and Ayesha Curry. Her jewelry is like putting on a little bit of armor.

Made of precious metals and gems sourced from around the world, her pieces are a bold mishmash of the designer’s favorite inspirations: the colorful abstract works of Swedish artist and mystical medium Hilma af Klint; the Egyptian revival of the 1920s; the rock and roll decadence of the 1970s. Harwell Godfrey began her career working in advertising, then in the food industry where she became passionate about fighting food insecurity. Thus 100% of the profits from the purchase of her Charity Hearts pendants are given to the causes she champions.  Find Harwell Godfrey jewels at local retailers including Hero Shop (Larkspur), Métier (Hayes Valley), and McMullen (Oakland), or schedule an appointment to visit the atelier by emailing hello@harwellgodfrey.com; harwellgodfrey.com. 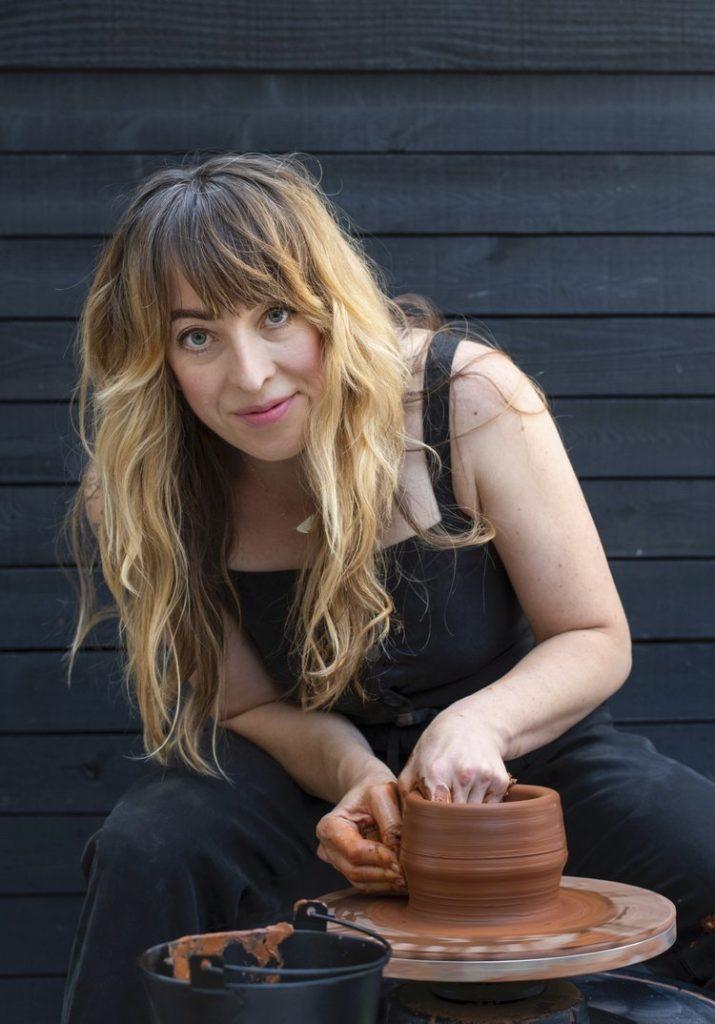 Oakland ceramicist Erin Hupp is a former lawyer who ditched her practice to pursue her first love, creating ceramic pieces. Her time at the potter’s wheel she looks at as meditation, and through her art form Hupp has built a community and has found her niche creating custom tableware creations for some of our city’s finest dining establishments. She considers her pieces artistic architecture for a chef’s food. She also creates gorgeous ring and bracelet vases which can be found at Haye’s Valley’s chic jewelry shop, Metier.http://www.erinhuppceramics.com

Tags: SF Lifethings to do in SF