Red at the Oscars

Will Smith slapping Chris Rock at the Oscars was the most exciting “off script” Oscar moment since a streaker ran by David Niven on the stage of the 1974 awards. He was a little more quick witted than Chris Rock with his comment, “… isn’t it fascinating to think that probably the only laugh that man will ever get in his life is by stripping off and showing his shortcomings?” But enough about the awards, let’s talk about the best and worst fashion moments. It was so fun to see real red carpet again, and the celebs did not disappoint with all the glamour of the evening.

Red is Having a Moment 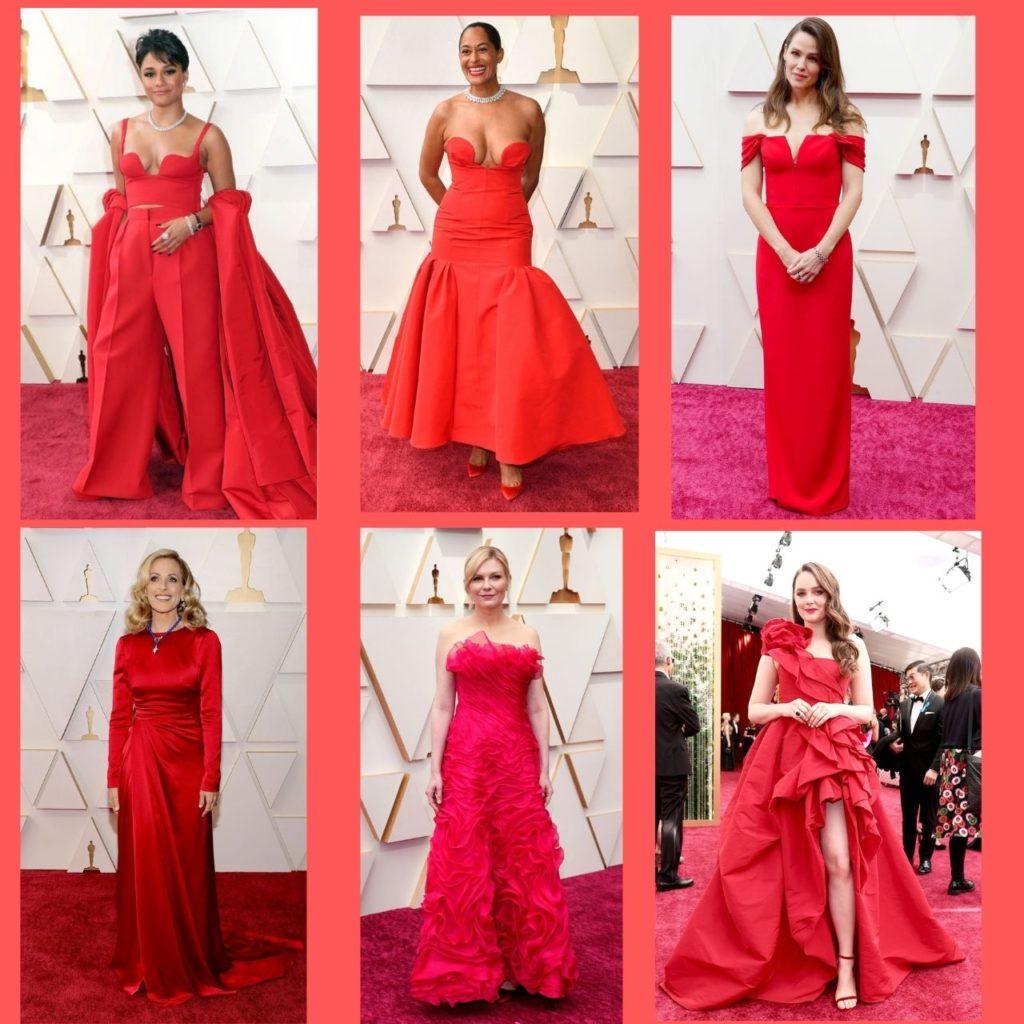 Red gowns were everywhere, and according to Glamour Magazine, about one out of every three gowns were in various shades of reds and wonderful fabrics.

Who wore it best? 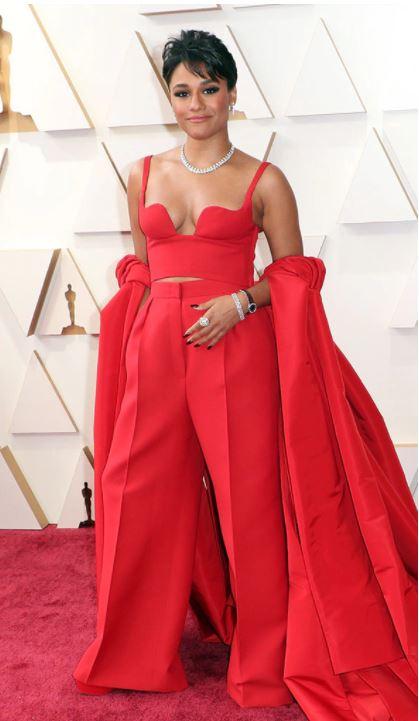 We loved the pants with the train look worn by Ariana DeBose, who was fabulous in West Side Story and we’re so excited she won. 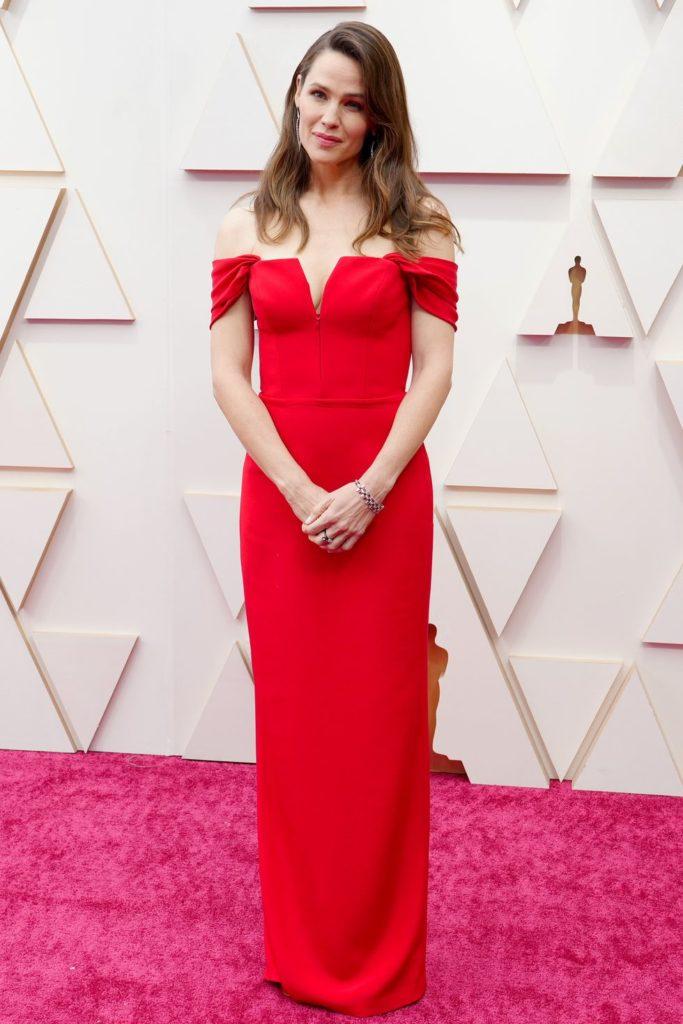 And Jennifer Garner, one of our favs, looks beautiful and elegant in her red gown. 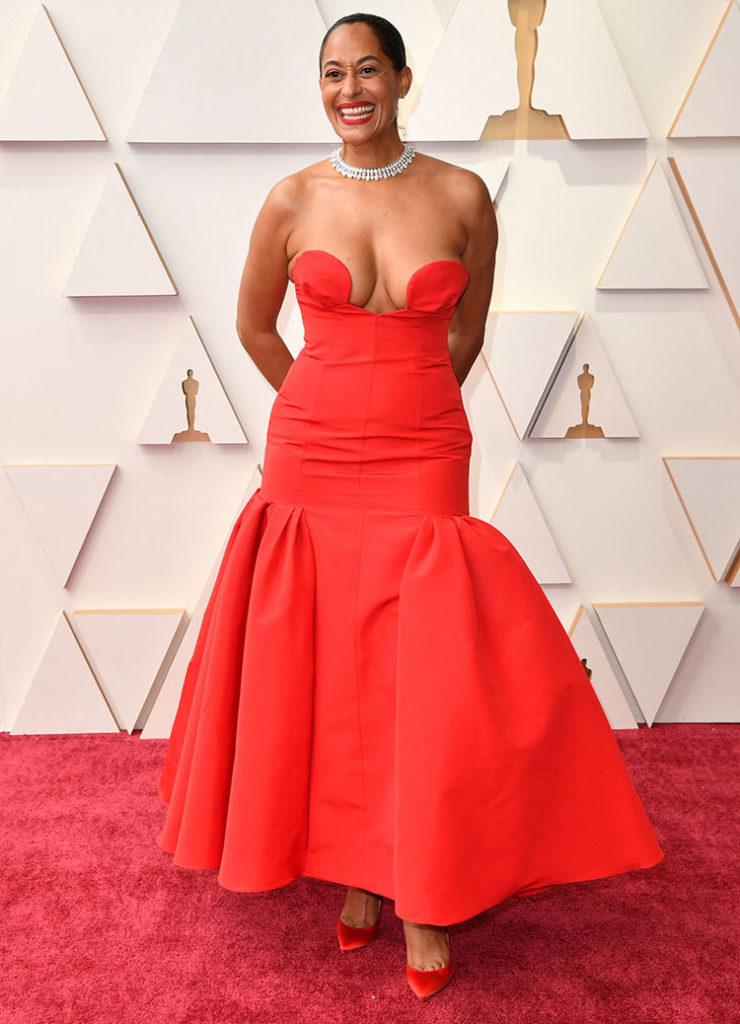 What the heck was with the circles that barely covered Tracee Ellis Ross’s boobs? When she was presenting, we actually thought she was going to fall out of the dress.

Our very favorite dress of the evening 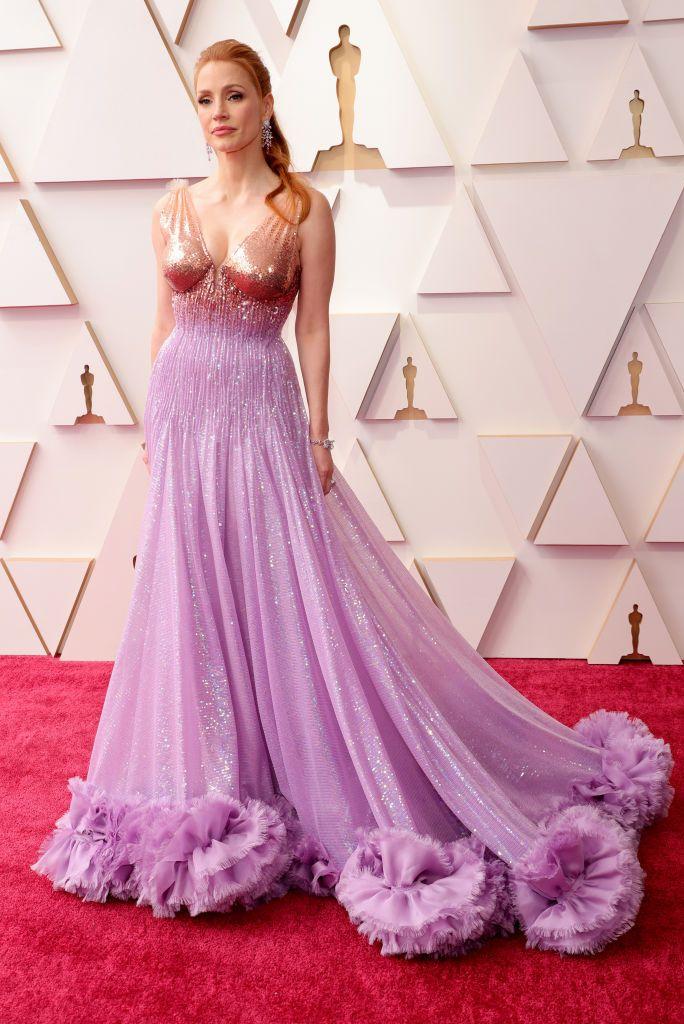 Jessica Chastain who won the Oscar for her role in “The Eyes of Tammy Faye,” looked stunning in this shimmering lavender and gold Gucci dress with this showstopper ruffled hemline. 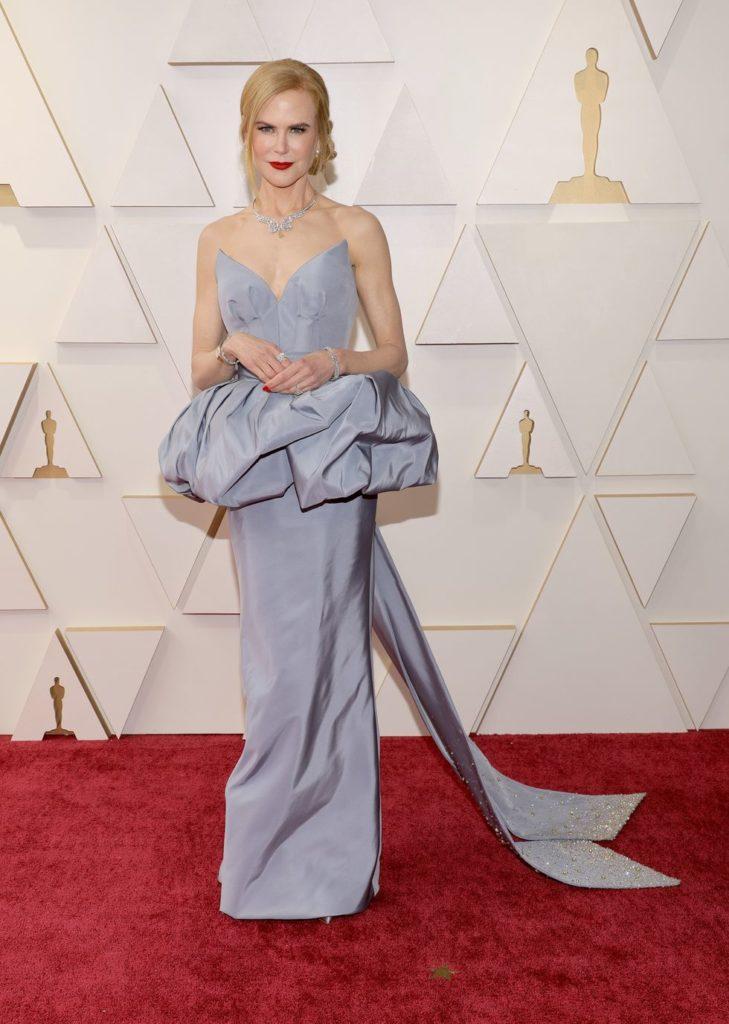 Nicole Kidman would look beautiful in a potato sack, and yes, we know she love to dress in high couture, which is what this Armani gown is…..but really? 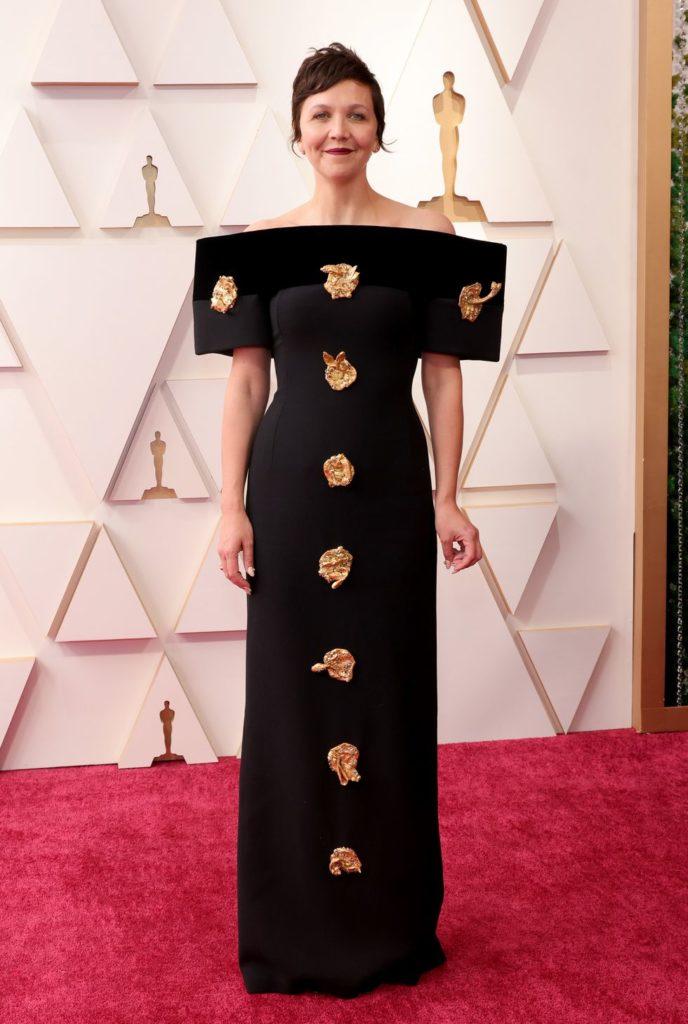 We have no words with Maggie Gyllenhaal mess.

The Younger Set Hit and Misses 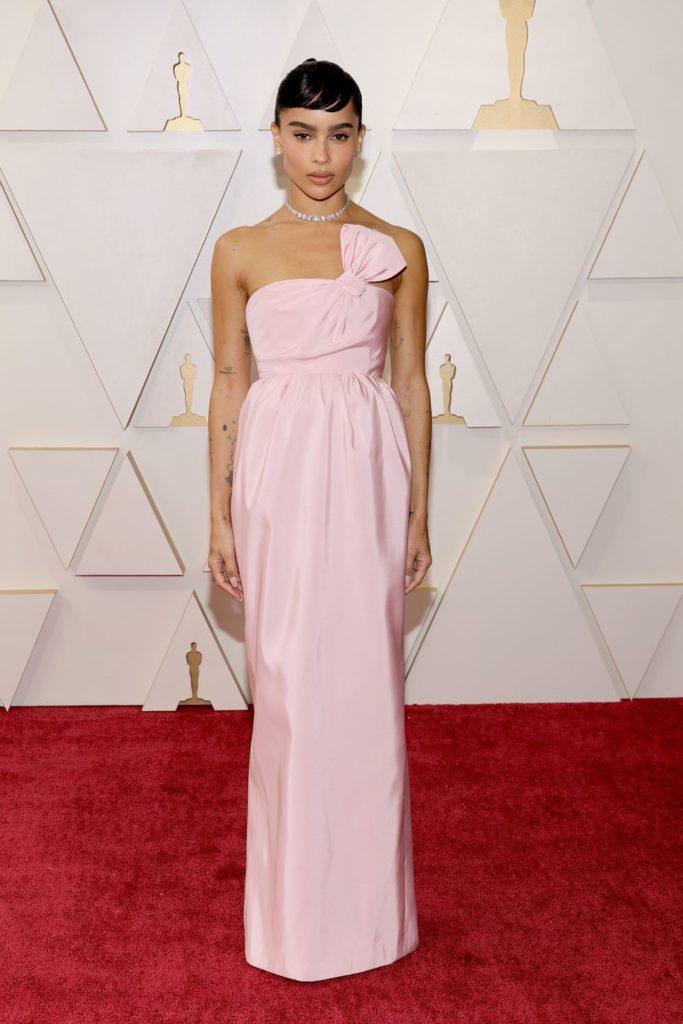 Zoë Kravitz, who was fabulous as Cat Woman in Batman, channeled Audrey Hepburn in this pink strapless gown  by Anthony Vaccarello for Saint Laurent. 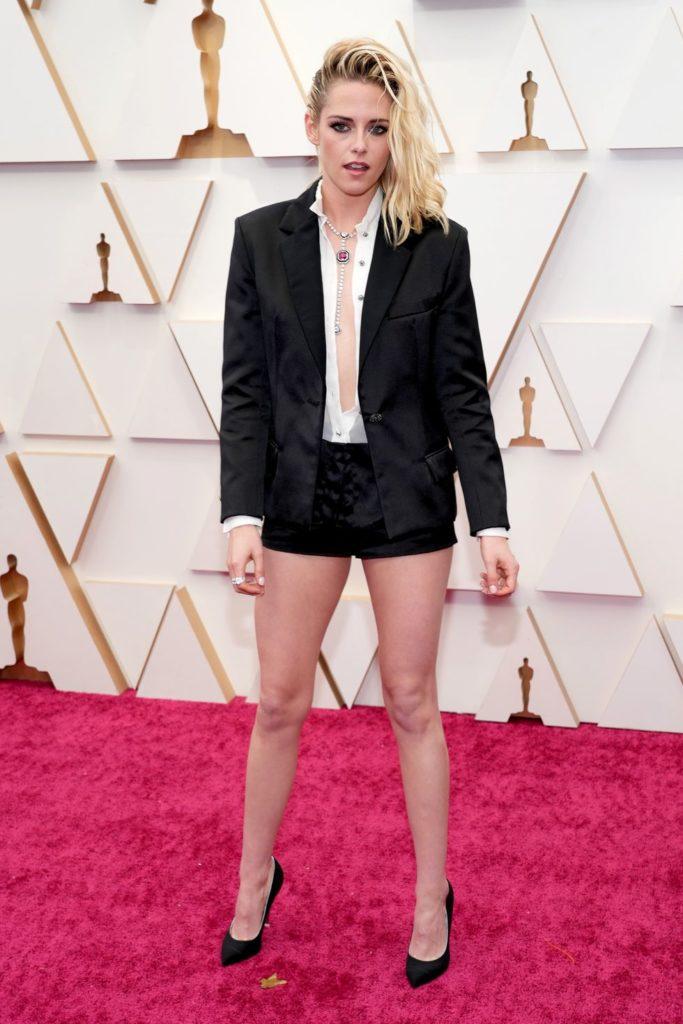 Kristen Stewart, who was brilliant in the Diana movie made a statement in this Chanel get up. We know the fashionistas are salivating over this look, but really…for your Oscar moment? We think it was a miss.

What were your favorite hits and misses?