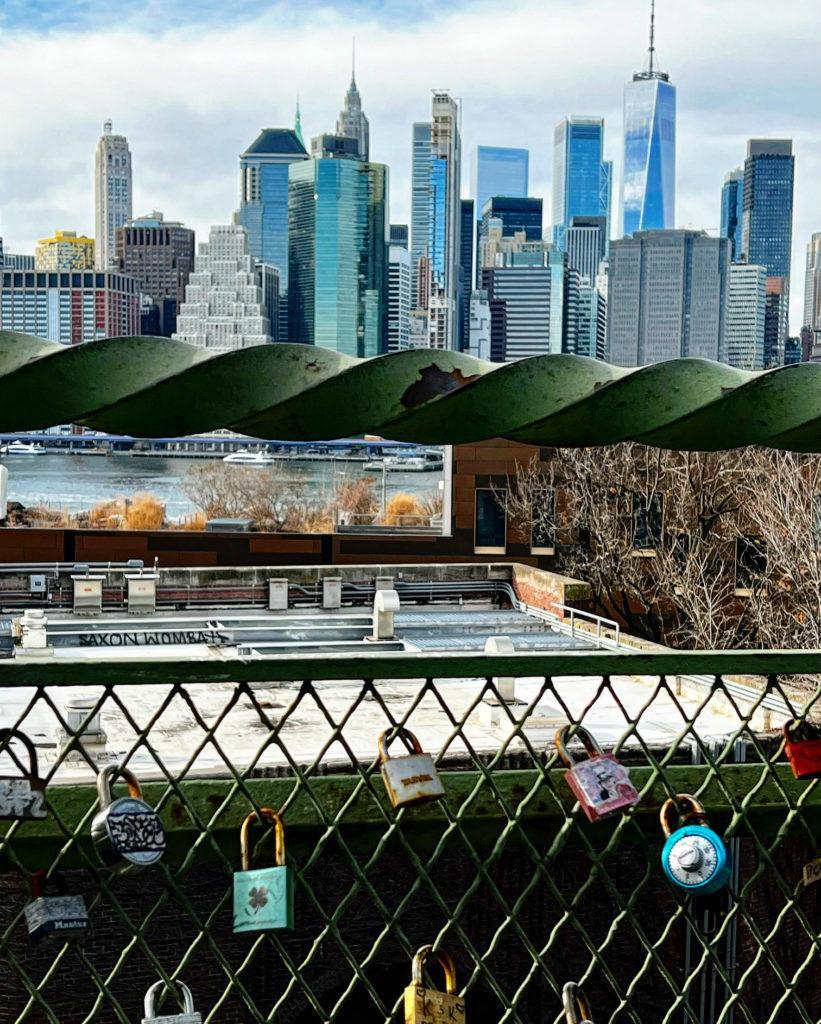 Our roving photographer captured this view of Manhattan from Brooklyn. So great to have live music and cabaret back in NYC. Sandi Durell reports on two legends with upcoming shows— Lee Roy Reams and Karen Mason. And we have the scoop on David Sabella’s show at Feinstein’s/54 Below, and Susan Mack (a Tomatoes Got Talent alum) returns to Birdland. Valerie Smaldone took a break from NYC and headed to Tucson.  The Orchid Show is back at NYBG. Head to Bryant Park for bumper cars on ice. And you can watch the Northern Lights right here in NYC. And check out the updates at our upcoming Renewal Summit. 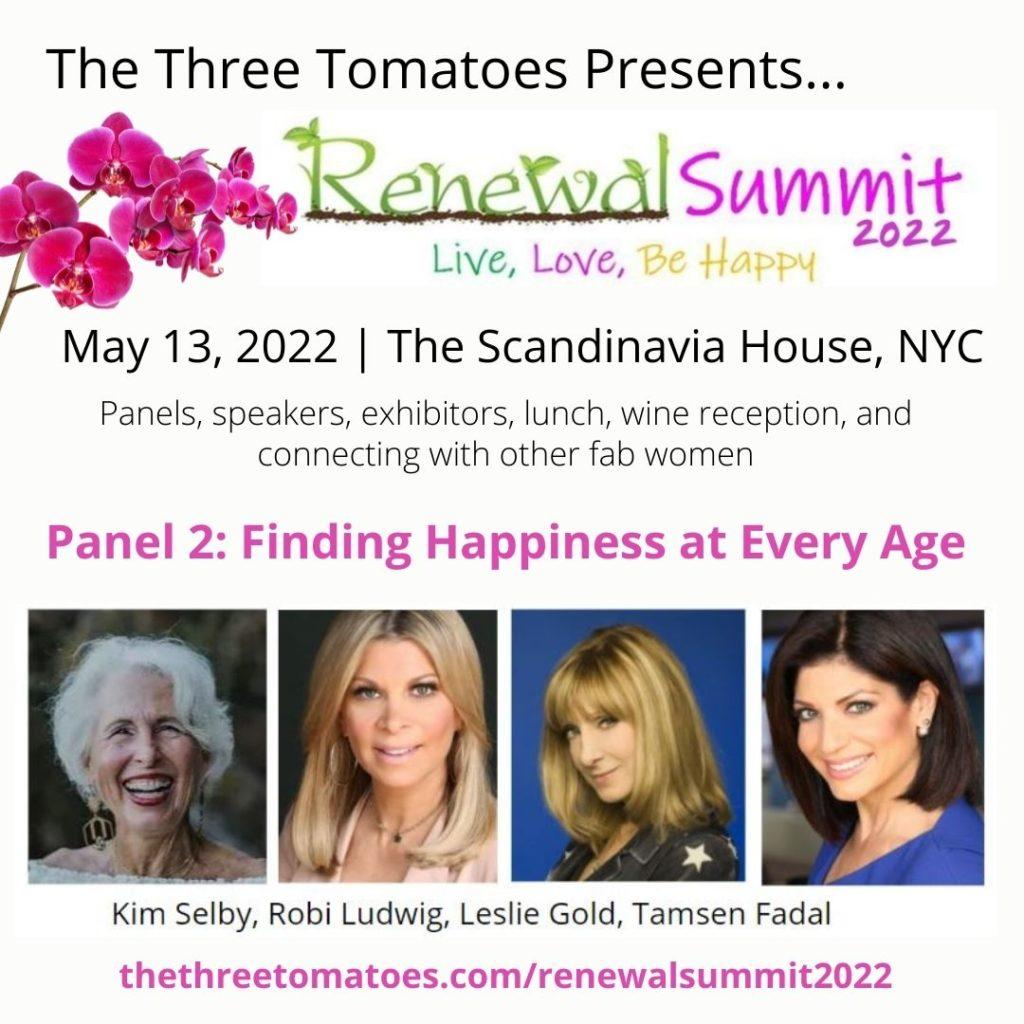 The dazzling floral creations of Jeff Leatham, famed artistic director of the Four Seasons Hotel George V in Paris and floral designer to the stars, return for The Orchid Show’s 19th year. Leatham’s bold and colorful vision will unfold through captivating installations and designs, transforming the historic Enid A. Haupt Conservatory into a different color experience and visual effect, like the turn of a kaleidoscope. Orchid towers of orange, yellow, and green, undulating fields of white, and overhead plumes of purple, together with artistic embellishments and a kaleidoscopic tunnel of lights, will enthrall visitors. Don’t miss this horticultural spectacle featuring thousands of dramatically displayed orchids in every shape and size. Get the details. 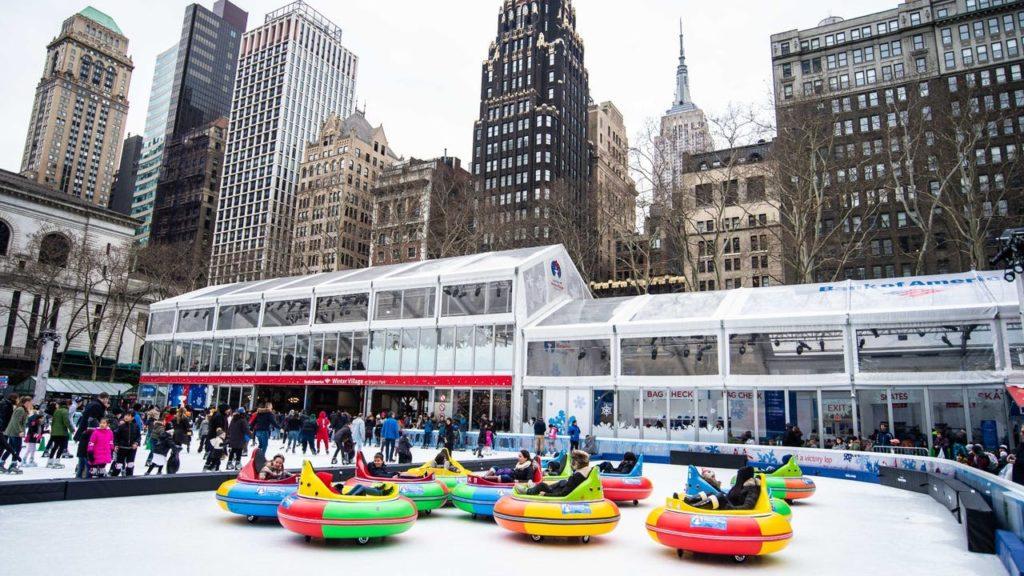 Head to Bryant Park for Bumper Cars on Ice are back! Bump, slide, and spin, now extended to the end of their Winter Village season! Get the details.

March 3-30. Experience the Northern Lights at the Edge 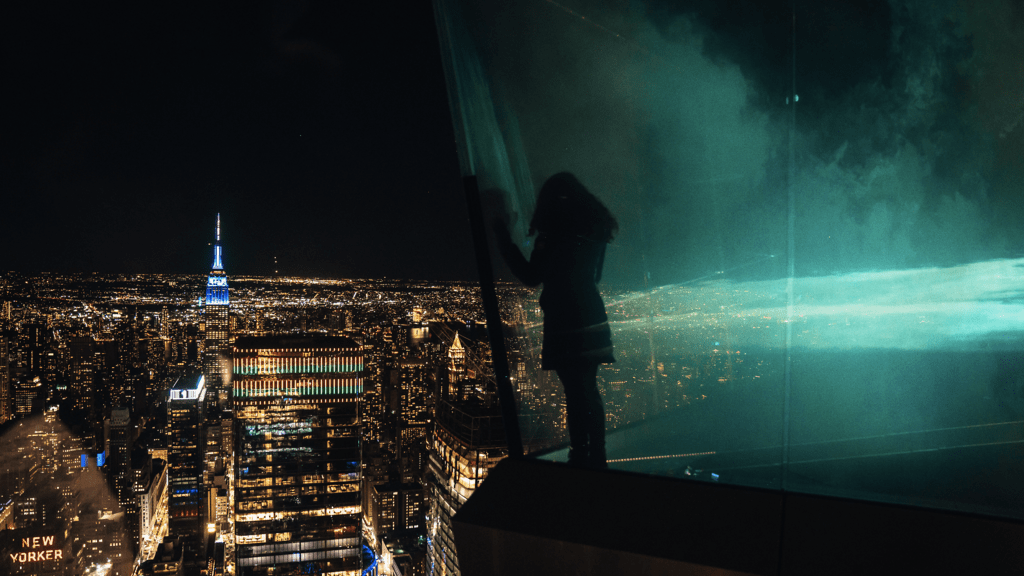 This March, a nightly immersive light display will illuminate the Edge (at Hudson Yards), the highest outdoor skydeck in the Western Hemisphere. Utilizing revolutionary lighting technology, walk into dramatic dancing waves of light on the skydeck as you take in the best views of NYC’s skyline.  Get ready to go into the sky, and out of this world! Get the details.

March 9. David Sabella at Feinstein’s/54 Below 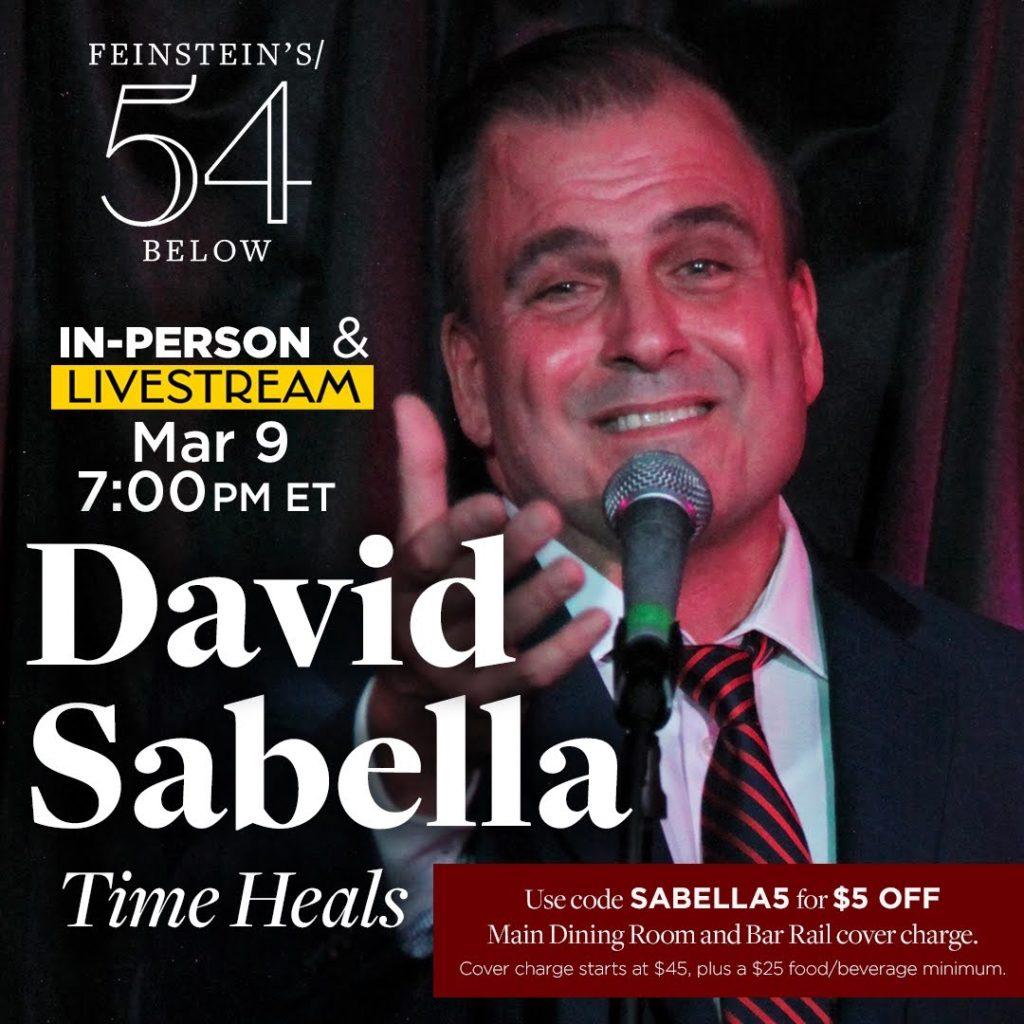 FEINSTEIN’S/54 BELOW, Broadway’s Supper Club will present David Sabella. After his sold out and critically acclaimed debut, last November, David Sabella, returns to the iconic Club to celebrate the release of his new CD “Time Heals.” The album features new interpretations of musical favorites from Broadway, the Great American Songbook, and pop music, re-set in new, illuminating arrangements by Christopher Denny, Gregory Toroian, the late Rick Jensen, and Music Director Mark Hartman. The trio is rounded out by Dan Gross on Drums, and Sean Murphy on Bass. For more information visit: https://54below.com/artists/david-sabella/ 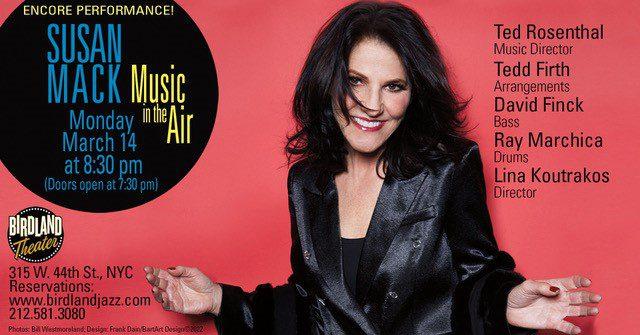 Following three sold-out performances, Susan Mack (a Tomatoes Got Talent alum) returns to Birdland Theater. MUSIC IN THE AIR celebrates the profound power and magic of music in our lives. Through jazz standards of composers including Cole Porter, George Gershwin, Irving Berlin and Chick Corea, the show rejoices in their “forever music” – bringing a contemporary spin to the dancing, romancing and loving that music inspires in all of us. Birdland Theater (315 West 44th St. NYC) on Monday, March 14 at 8:30 PM (doors open at 7:30 PM for dinner/drinks).  Ticket link: CLICK HERE FOR TICKETS

Nicole Freezer Rubens, recently did one of her favorite loops through Brooklyn, beginning and ending at the Borough Hall subway station. She says, “I started in Brooklyn Heights where I adore strolling on the promenade and seeing it’s incredible views of the Manhattan skyline. It always reminds me of the early episodes of the TV show Billions, filmed there. Right under the Brooklyn Bridge on the cusp of Dumbo, I finally tried a scoop of old school Brooklyn Ice Cream Factory’s coffee ice cream and it exceeded my expectations. I passed The Manhattan Bridge and Jane’s Carousel and continued on to Vinegar Hill which I appreciate as a charming neighborhood that has not changed as much as it’s surrounding sections of Brooklyn. To close the loop I walked through Downtown Brooklyn with its tall buildings and very built up urban flavor. ”

The contrasting personalities of these neighborhoods in such close proximity to each other, is an example what I like most about New York City’s most populous borough. Nicole is the author of The Long Pause and the Short Breath.  Follow her on Instagram@nfrconsult. 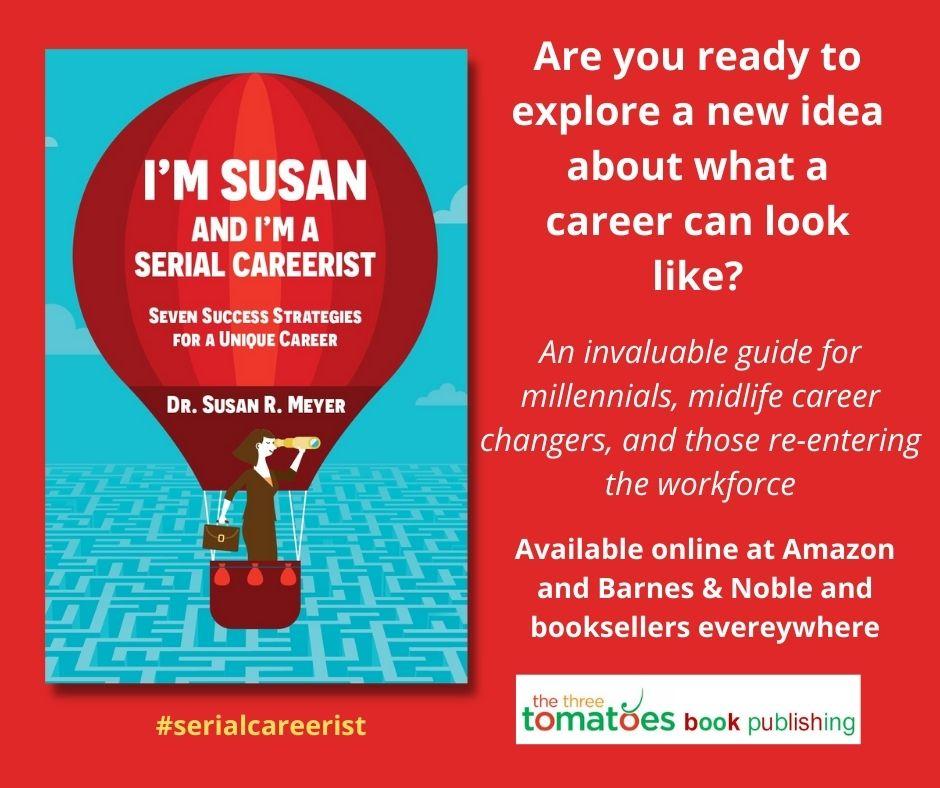