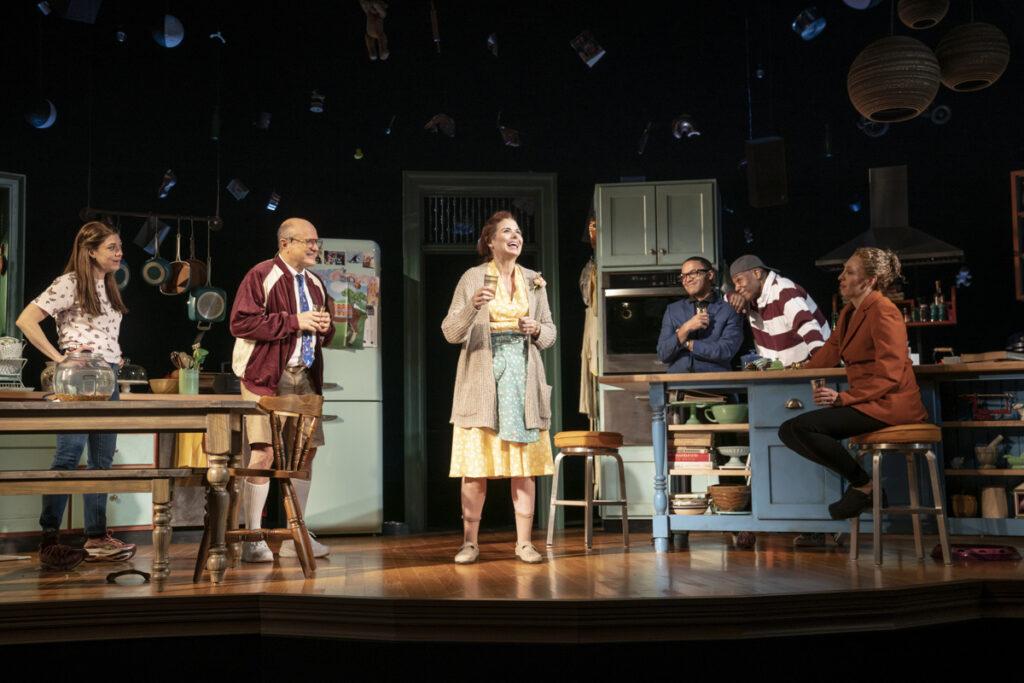 Last week I wrote about two revivals. This week my article is about two new pieces. First, a play. Birthday Candles  by Noah Haidle, recently made its Broadway debut at Roundabout starring Deborah Messing.

Isn’t it true that we feel birthdays come around much quicker these days then when we were younger? They whip past us, with the 12 months between birthdays seemingly a blur in our minds. This is illustrated in Birthday Candles, a poignant, amusing and melancholy play. When the play opens, Ernestine (Deborah Messing), the central character, exhibits the naivete, brashness and conviction of youth. We see her and her mother as her mom engages in her yearly tradition of baking her own birthday cake.  While her mother is preparing the cake, Earnestine is preparing for an audition and is consumed with the life that lays ahead of her. 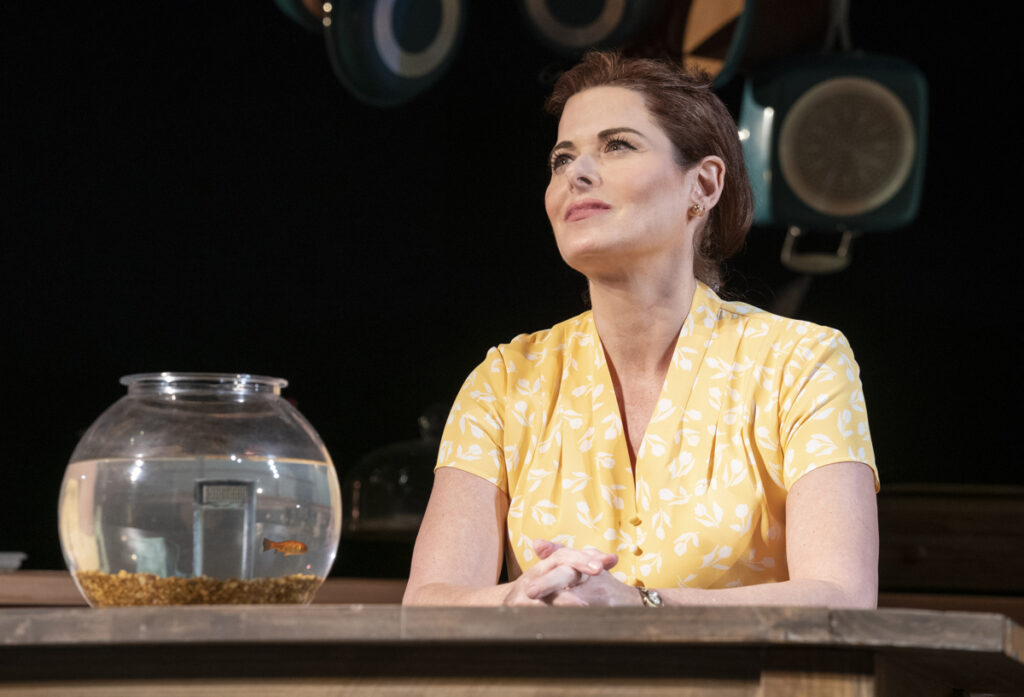 She is convinced she will lead an extraordinary life. When asked to the prom by Kenneth, the sweet and thoughtful but quirky boy next door, she turns him down.

She finds him caring, but surely no one will take her eye off her special life that is yet to be. Cut to Earnestine at 18. Then the years continue to move swiftly. Earnestine marries, has a family, and bakes birthday cakes for herself, taking on her deceased mother’s tradition.

Her children are complicated, her husband, lovely enough, until she discovers his affair with her friend.

The years continue to spin by, and suddenly the sweet boy next door becomes a trusted friend, and more. She discovers love for him. He always had it for her.

Birthday Candles is about all the aspects of living a life. The promises we make to ourselves that we rarely keep and the cherished people in our lives… even our ex-husbands. When hers becomes seriously compromised, Earnestine takes care of him.

She is able to give love of all kinds in all sizes.

Earnestine ages, and as we witness her life cycle, there is a melancholy that is palpable.  Do we want to live that long? Will we be lucky enough to pass 90 years?

I found myself feeling a bit sad, but also moved by the love Earnestine finds with Kenneth. The warmth they share carries them into their elder years, when Kenneth succumbs to a recurring cancer, and Earnestine is left alone.

The final scene is kind of heartbreaking but highlights the messiness of life.

Although Debra Messing is always a delight to view on stage, the evolution of her character puzzled me a bit, as her speech patterns changed exponentially as she aged. 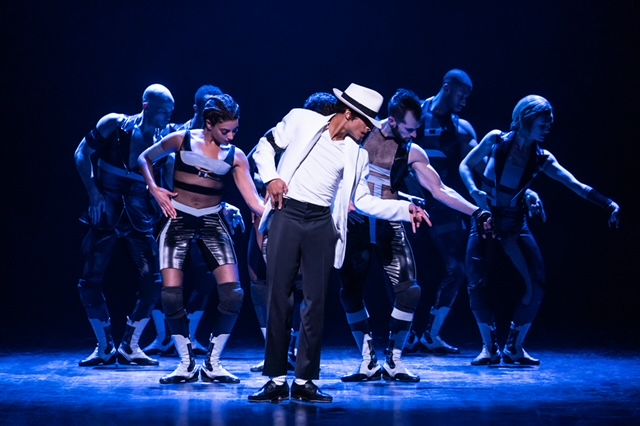 Now onto a new musical, MJ.

Okay, this is a must see. Especially if you can’t sit still when a Jackson 5 song comes up on your Spotify playlist.

The headline here: There is just an insane amount of talent up on that stage. Many people whose names you may not know.

But incredible artistry, from singing to dancing to acting, with charisma a-plenty drips from each performer.

This story focuses on one part of Michel Jackson’s life-when he was preparing for his 1992 Dangerous world tour and takes place at a rehearsal studio in Los Angeles.

The stormy relationship with his dad, Joe, is front and center in this piece and informs most of the storyline. 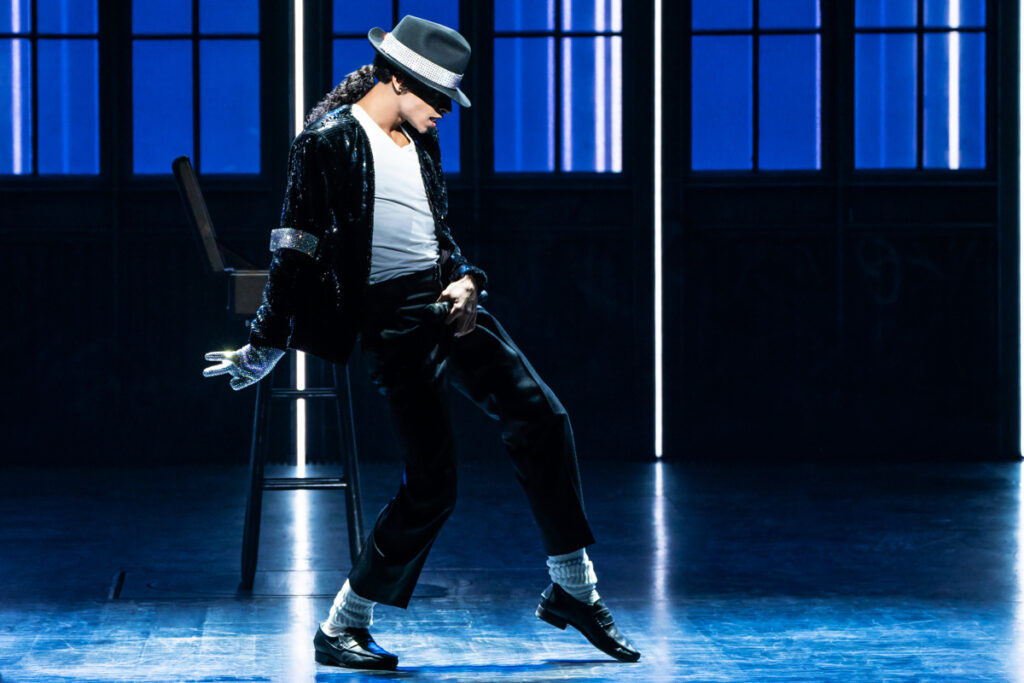 The star of the show is Myles Frost as MJ, making his Broadway debut in this role. His bio outlines his numerous talents. He is a self-trained pianist, singer, songwriter, dancer, actor, and music producer. Another words, a one of a kind.

Although he doesn’t quite look like Michael, he assumes his persona like a fitted glove. His lithe body and stature, his voice, his movements are indeed those of Michael’s.

All the other versions of Michael : Little Michael and Michael performers are also awesome, as are the brothers in the Jackson 5, MJ’s parents Katharine (Ayana George) and Joseph (Quentin Earl Darrington).

MJ, with a book by Lynn Nottage, takes place during a particular place in time in Michael’s life history. This was the best way to go when creating a musical about the “King of Pop”, who of course, was a celebrity rife with controversy.

The music is fabulous. The band is smokin’ and the dancers are phenomenal -each one is spectacular. With direction and choreography by Christopher Wheeldon, the show moves in a clever way. The entire creative team joined together to build something special.

These days, people give standing ovations as a routine. This show completely deserves it. MJ is a rave. https://mjthemusical.com