On Your Next Trip to Italy Add Civita di Bagnoregio 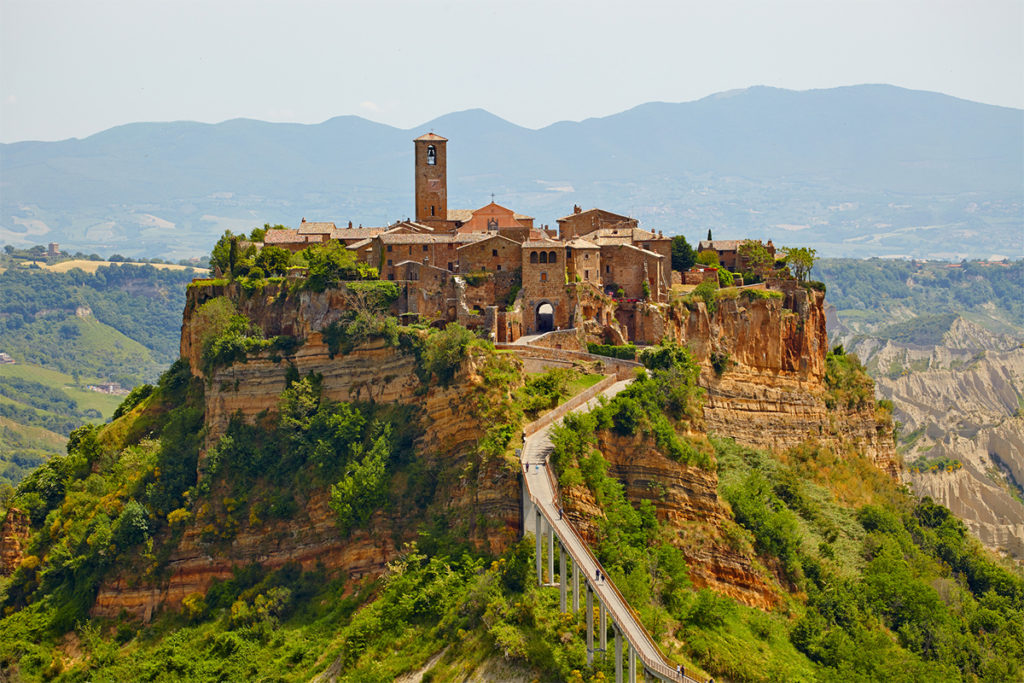 We all do it. Think of traveling to Italy with visions of Rome, Florence, Tuscany, Venice, Pompeii, Amalfi, Milan, and Capri dancing before our eyes. Every year Italy has a rise in tourism and is the fifth most visited country in the world, with about 49 million international tourists in 2017. I was one of them. The Colosseum in Rome is one of the most popular tourist attractions in the world. My apartment was within walking distance.

Seaside resorts reported about a 20 percent rise in people visiting beaches. I was one of those in Sicily. Tourists are also attracted by culture and museums with about a 15% increase in attendance. Puglia has become Southern Italy’s most visited location bordering the Adriatic Sea, Ionian Sea, Strait of Òtranto and Gulf of Taranto on the Salento peninsula, the heel on the boot of Italy.

Teaching Italian students at John Cabot University, an American University in Rome, taught me that Italians see their environment quite differently than tourists. My position as a Visiting Professor teaching Business Communication on the college level and Effective Speaking to Italian high school students attending a camp program on the Entertainment Industry, was my fourth trip to Italy and my first time actually totally immersed, living there.

I had a five-week teaching commitment. After classes ended and my grades were in, I gave myself the gift of ten days to visit places I had never been before. When my friend, Jennifer, a program director at the Westport Library in Westport, Connecticut heard I was going to be living in Italy for seven weeks she insisted, “You absolutely must visit Civita di Bagnoregio. It is my favorite place in the entire country.”

I was thrilled to learn all about it. Civita di Bagnoregio is a medieval city teetering on top of a crumbling volcanic tufa hilltop. I made it number one on my bucket list. When I shared my travel plans with my college class, two Italian students immediately said we could all go. They planned it out: A train from Rome to Orvieto; a bus to Barnoregio; board a second bus to take us through the town to the steep uphill three-quarter mile footbridge to access Civita di Bagnoregio. Two hours later, walk back down the mountain to take a bus back into town to pick up the train. Whew! As an Immersion Travel writer that is not the way I like to do things. I am not into speed travel. I prefer to immerse by sinking into where I visit, rubbing elbows with the locals, and giving back in some unique way.

I thanked them for the offer to travel together but I planned to stay in Orvieto for two one-night stays on each end of my one or two nights in Civita di Bagnoregio. “Why would you want to do that?” Aurora moaned. “There’s nothing to see or do in Orvieto and Civita is so small, all you need is an hour to see it from top to bottom.”

I opted to stick to my plans and laughed out loud when I actually stepped upon the rickety footbridge to my destination, the top of the mountain. The couple and their daughter who had been seated next to me on the bus from the train station were actually already returning from visiting the town. I could hardly believe it, I had not yet arrived and they were already leaving. It was a very hot day to be walking up a mountain in the middle of the day. It took me an hour just to walk less than a mile across the bridge, albeit straight up, but then I had the joy of sitting to catch my breath in the magnificent entrance, carved out by Etruscans 2,500 years ago. It was a very much appreciated oasis of shade, beauty and calm after the hike up the mountain in 104 degree weather.

This is the only Italian community that charges an entrance fee to visit. About 600,000 tourists make the trip annually and the money is used to help pay for renovations, upkeep and preservation. Fewer than twenty people are fulltime residents. 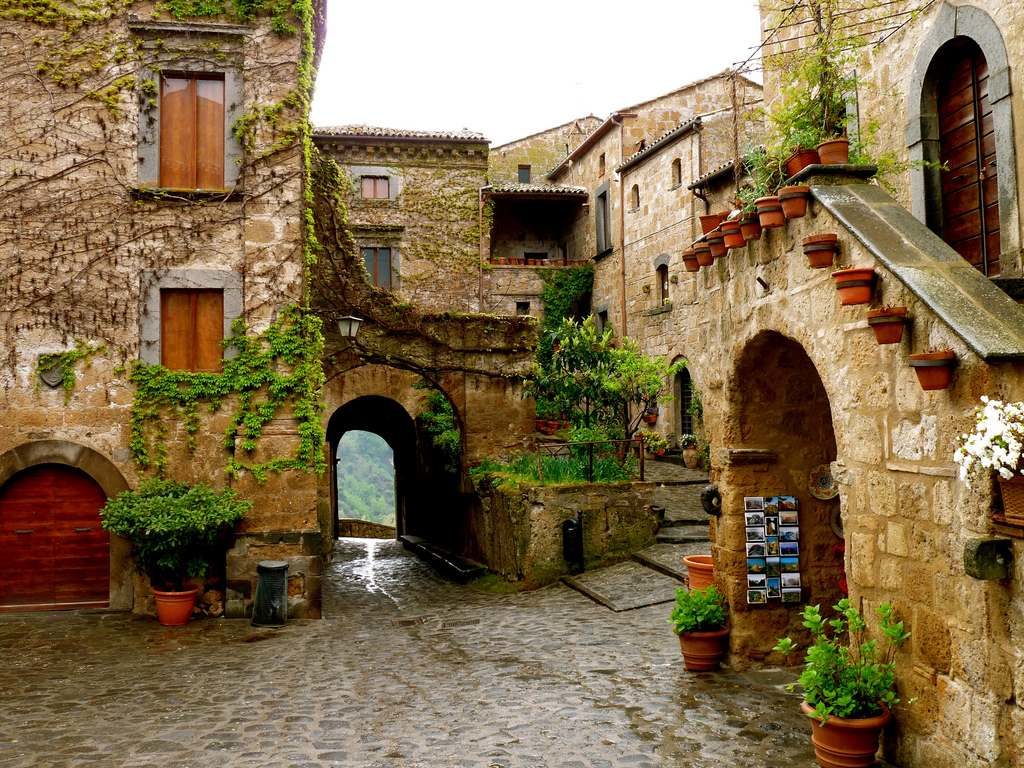 Housing is limited. I stayed in the Civita B&B with a restaurant on the main floor and four guest rooms upstairs in a 15th century building facing the main square of the town with a magnificent church right in its center. An extended family traveling with three generations from Boston had the other three rooms. Fortunately an Italian friend, Isabella, gave me the heads up to eat black truffles at another B & B, Alma Civita. I had no idea I loved black truffles until I visited Civita di Bagnoregio. A number of the handful of restaurants are only open for lunch since there are so few people around at night.

The constant flow of tourists stops at 6:00 p.m. with the last bus out. That is the moment Civita de Bagnoregio truly becomes alive with a magic all of its own ancient elegance, magnificent setting, natural charm, and absolute peace. A few local children came out to play tag on the square. Adults perched here and there enjoying espresso and sweets. I met a couple from New York visiting with their two daughters. They rented a villa on a crooked cobblestone lane off of a sunny piazza for two weeks. It was so quiet and mesmerizingly stunning staying on top of the mountain surrounded by ancient buildings and sounds of another time. 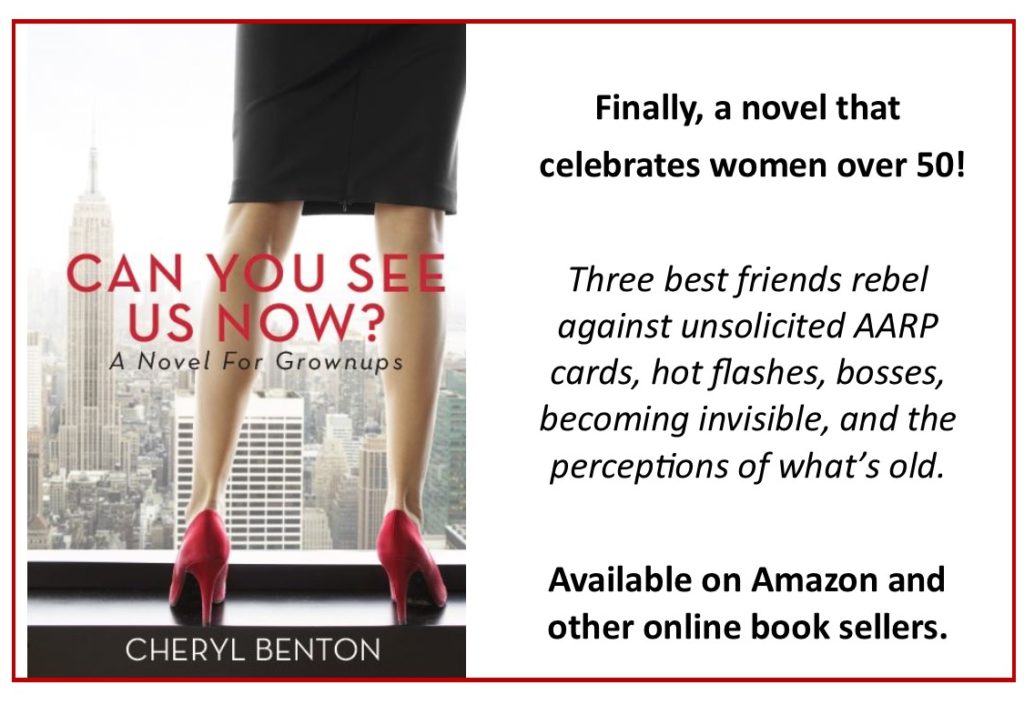