A New Play and a Holiday Show

Junk, by Ayad Akhtar, is a fast paced, text dense play, outlining the downfall of a money obsessed but brilliant financial whiz, hell bent on massive corporate take over.

Inspired by the antics of junk bond king Michael Milken, Junk is focused on the character of Robert Merkin,
who is only motivated by building his personal empire, and in the process, aims to show Americans that they need to re-shape their thinking about debt.

The year is 1985 and Robert Merkin has just been featured on the cover of Time Magazine. Filled with pompousness, brash confidence and charisma, Robert is able to convince nervous investors (some who who want to pull out of his investments), to not only stay in, but invest even more millions. He relishes the activity of playing in a very expensive playpen. Merkin clearly loves debt and even declares that  “debt is an asset.”

The show begins with a young journalist writing a book about the players in the investment game,
Robert Merkin being the crown jewel. He is scheming to oust the owner of a steel mill in Pennsylvania. He has a rival in the process and it’s a race to the finish to see which one will win. 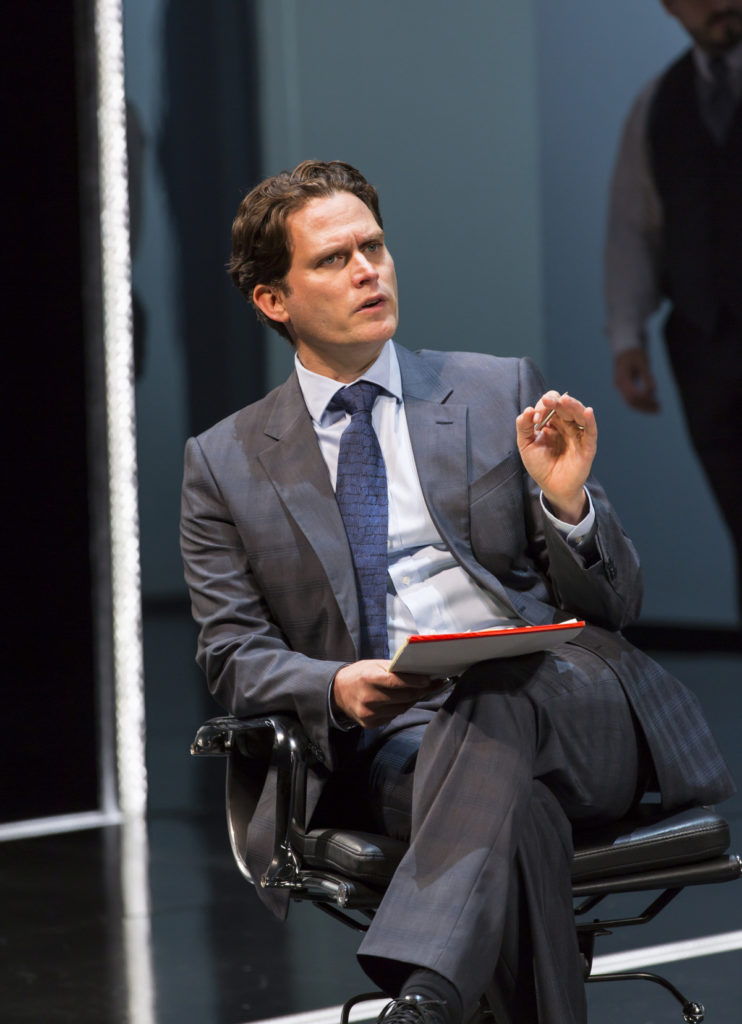 There is a lot to pay attention to. Like I said, this is a dense piece. The play is longer than it needs to be, but the second act is much more engaging than the first.

The acting is excellent and direction by Doug Hughes is crisp and well choreographed.
Steven Pasquale as Merkin is very convincing and Michael Siberry as Leo Tresler is also a standout. Sets by John Lee Beatty are minimal and sleek, with the main focus on projections. Sound design, with sharp sound effects and compelling musical interludes by Mark Bennett, help move the action along.

There are numerous characters woven in and out of the plot with many moving parts. Sometimes you may even get slightly lost in the text, but Junk places a spotlight on what is very clear. Everybody has a price.

It is time for the wonderful Christmas in Italy show that lovely diva Cristina Fontanelli produces annually.

Incorporating memories of her Italian heritage, music of the season, children who sing with her on stage,  and even an appearance by Santa, Christmas in Italy has been called “a feast for the eyes, as well as the ears.”

There are two performances only, Dec. 9 at 8 PM and Dec. 10 at 4 PM at Symphony Space, so be sure to grab your tickets now. 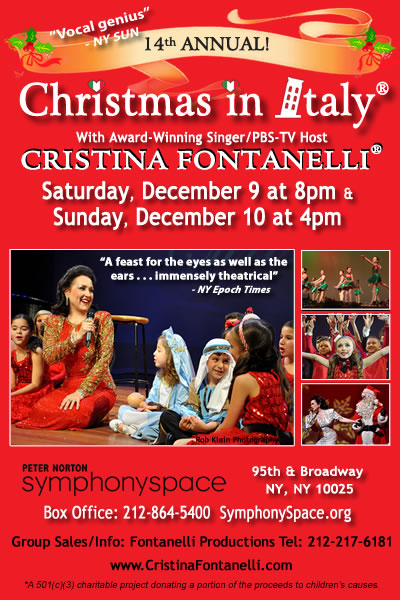