New at the Movies: Fatima 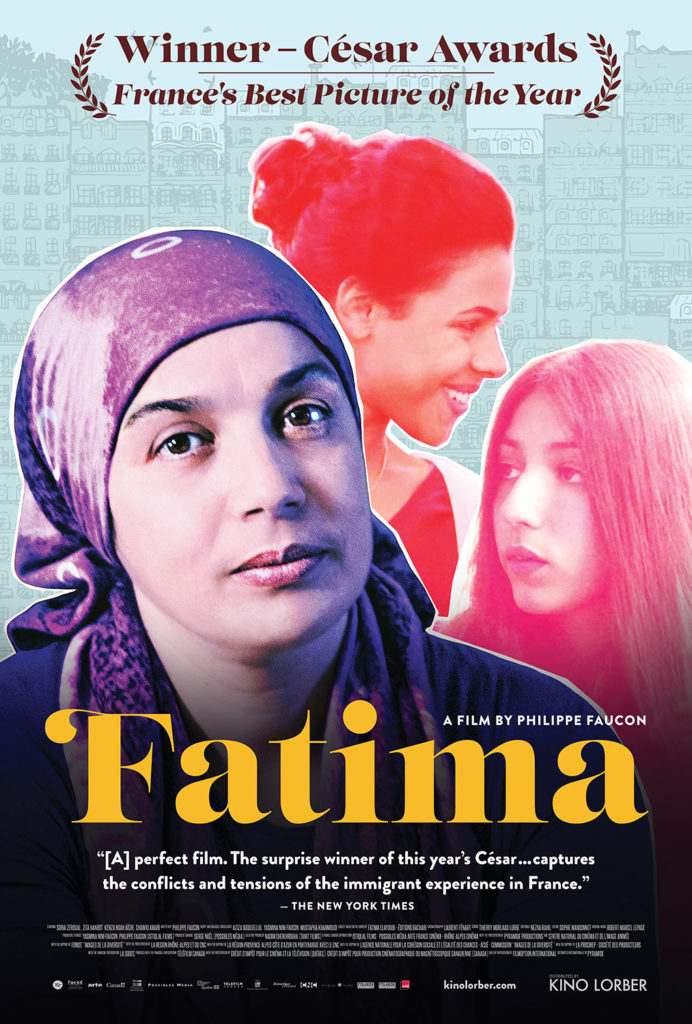 The plotline in Fatima is one we’re familiar with: single mother struggles to provide for her children. In this, she’s an Algerian immigrant working as a housecleaner in France. She endures not only demeaning behavior of wealthy employers; her two teenage daughters are scornful and ashamed of her work.

It’s the economic story-telling that’s noteworthy in this poignant tale. The editing is taut — scenes long enough to tell all you need, nothing more; the performances are believable — first time actor, Soria Zeroual (Fatima), was actually a cleaning woman when she was cast. And the roles of both daughters come across as honest and realistic.

Writer / Director, Philippe Faucon, who grew up in Morocco and Algeria, adapted Fatima from autobiographical poems and prose by Fatima Elayoubi to winning effect. It was awarded this year’s César for best film and best adaptation. (In French and Arabic with English subtitles.)