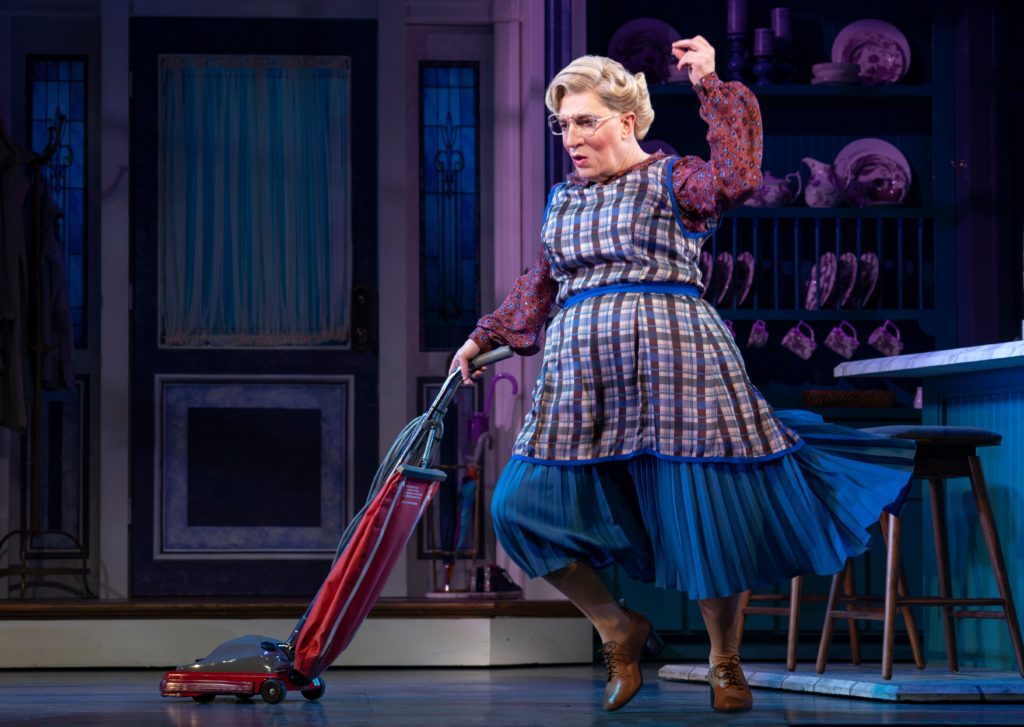 We were lucky to have tickets to Mrs. Doubtfire, the Musical, playing at the Stephen Sondheim Theatre, the night the lights were dimmed for the legendary Mr. Sondheim. First, a nod to Mr. Sondheim for his legacy and for his life’s work. Thank you, sir.

On to the show at hand….

Mrs. Doubtfire was a highly successful comedic movie, which came out in 1993, and starred the one and only Robin Williams, Sally Field, and Pierce Brosnan. At the time, the film and the Mrs. Doubtfire character were beloved. Cut to 2021. Can Mrs. Doubtfire, The Musical, make the same claim? 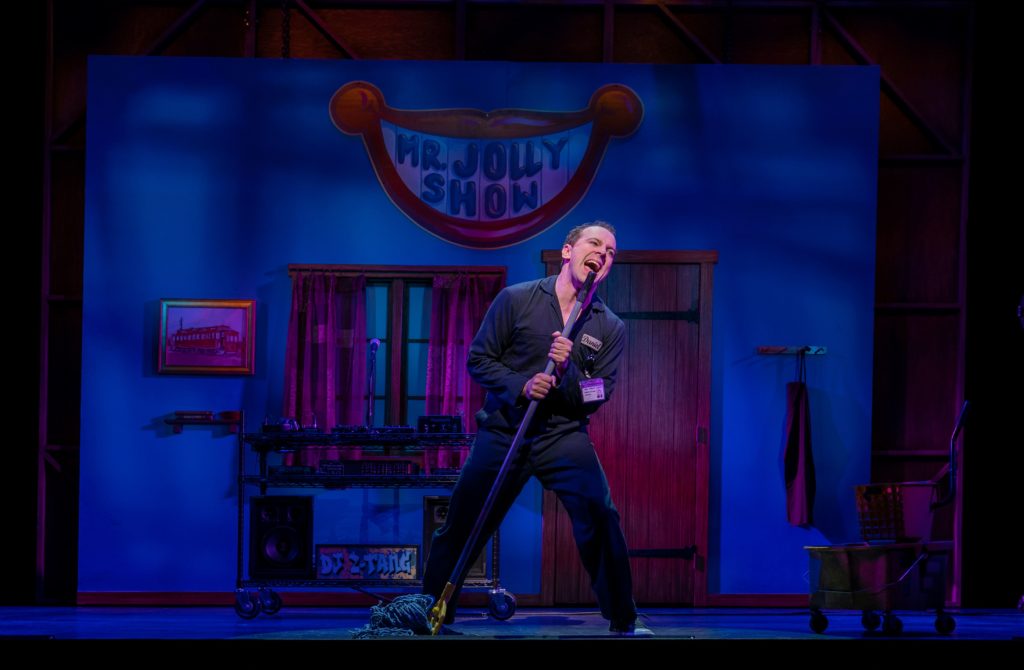 Updated to be a contemporary story, the plot centered around a family of 5, is the same. The father, Daniel Hillard, is a struggling actor who loves to create fantasy for his children, while the mother, Miranda Hillard, is a successful executive who just wants her husband to be responsible.

His whimsical personality irritates his wife so much that she asks for a divorce. Daniel is devastated not only to lose his wife, but to have limited time with his children, as prescribed by the divorce decree. 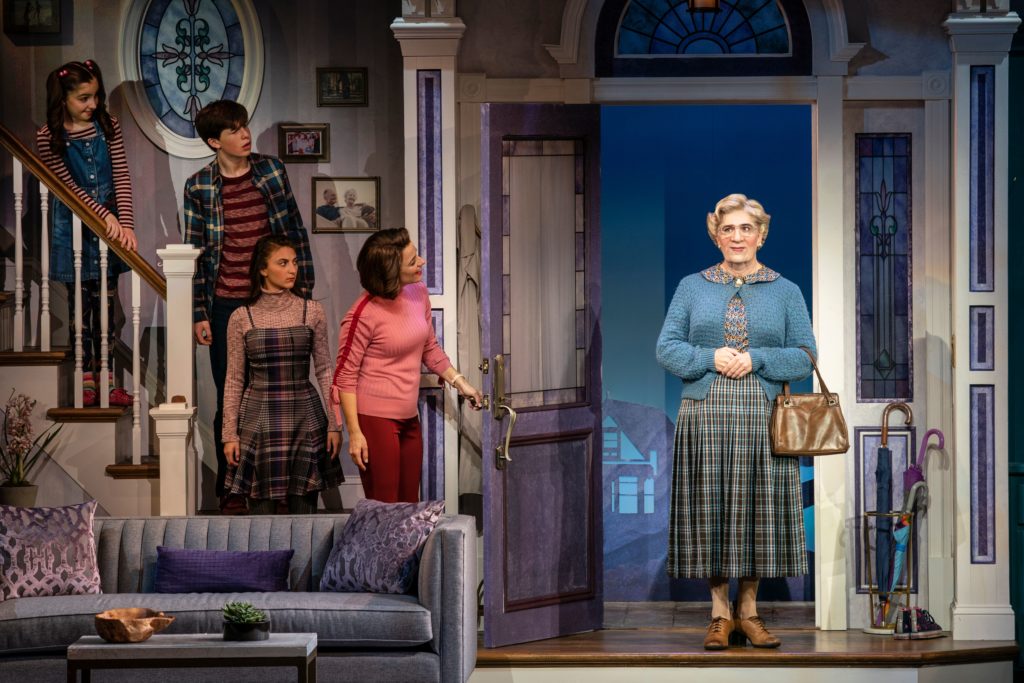 When he learns that his wife is seeking a nanny for the family, driven by his deep desire to be around the children,  Daniel puts his acting abilities to good use, and assumes the character of an older lady who he dubs “Mrs. Doubtfire”. In this role, Daniel is finally able to be responsible, resourceful, and organized when he creates the dowdy, but lovable Scottish nanny.

Does the story hold up?

It does in one way, because the musical ultimately is about the depth of a father’s love, and the intense desire he has to be near his children and help shape their lives.

But Mrs. Doubtfire, the Musical really works because of the incredible actor, Rob McClure, who plays the title role. This part demands numerous voices, a great Scottish accent, physicality, and nimbleness. Rob makes the show with his considerable talents and quick comic timing.

Jenn Gambatese plays his wife beautifully, depicting a mom who protects her family and yearns for stability in her life. The three children are all well cast, but the actress who plays the oldest daughter and has the most important scenes with the dad, is a star in the making. Analise Scarpaci is a standout. Keep her on your radar. Happy to see the wonderful Brad Oscar in this musical, playing Daniel’s brother who helps to transform him into  Euphegenia Doubtfire.

There is a happy ending where Daniel takes over as host of a children’s show, and reconciliation happens with his wife and children (after they are horrified by the ruse he pulled on them). It reminds us that love comes in all shapes and sizes.

With excellent direction by Jerry Zaks, Mrs. Doubtfire is a musical with heart.

Few shows on Broadway this season have elicited much emotion. This one makes it happen. Despite the dated concept of this old school nanny, the sentiment at the core of it makes it worth the trip. And by the way, it is also entertaining. Nothing wrong with that. https://mrsdoubtfirebroadway.com/