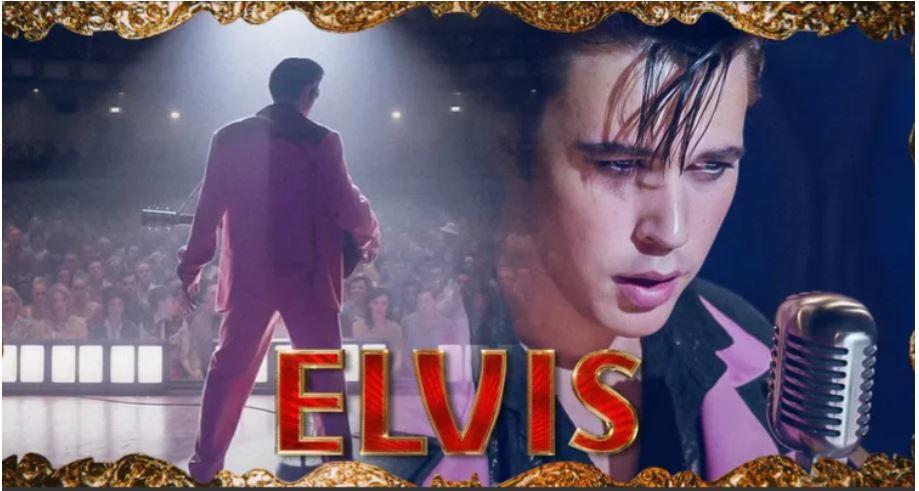 Elvis the movie is mesmerizing. Directed by Baz Luhrmann, it’s beautifully filmed and tells the story of Elvis, played by Austin Butler, who is sure to become a superstar, through the eyes of his manager, Colonel Tom Parker, played by an almost unrecognizable Tom Hanks.

First, let’s talk about Austin Butler, an absolutely perfect choice for Elvis. The dreamy, good looks, those sexy gyrating hip moves, as he embodies Elvis. But make NO mistake.  This not an Elvis impersonator.  Austin has captured the spirit of the Elvis we all loved.

Now about Tom Hanks as Colonel Tom Parker. Many of the critics have not been kind. We say, screw the critics. Within 30 seconds you will forget that this is Tom Hanks and be caught in the scheming web of the carnival huckster who “managed” Elvis’s career, mostly to his own benefit, by taking advantage of Elvis’s naivete.

The film does a masterful job of telling Elvis’s story, how he was influenced by gospel music and Black musicians, the segregated 1950s, the tumultuous 60ties, and Elvis in his last years.

The film is nearly three hours long, and still is not long enough to make you appreciate the full legacy of Elvis on our culture and so many musicians who came after him. Long live the king!!!