Never be limited by other people’s limited imaginations…If you adopt their attitudes,

then the possibility won’t exist because you’ll have already shut it out.”

The first Black woman to travel into space, Mae Carol Jemison is an American engineer, physician, and former NASA engineer. Born in 1956 in Decatur, Alabama, she heard a lot of limiting ideas about what she could and couldn’t do.

Women who re-enter the dating world also have limiting thoughts about how successful they can be in finding romance. Address those thoughts out loud and don’t let them hold you back! 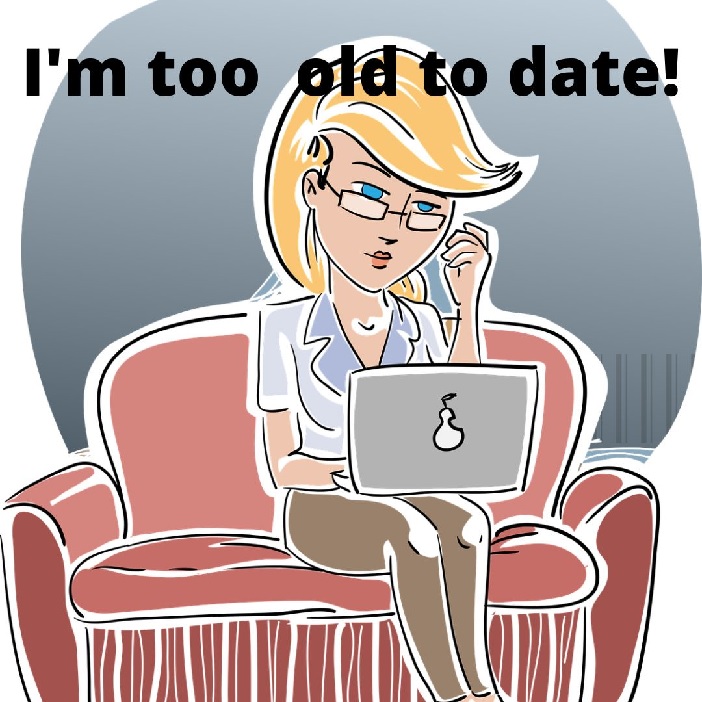 FIVE LIMITING THOUGHTS WE HAVE ABOUT DATING:

Let’s debunk these one at a time:

Yes, we have a chronological age. But we also have an “attitude” age. To close the door to dating at any age is to say we don’t believe romance can happen once we have celebrated more than “x number” of birthdays. Look around to know that isn’t factual.

How many true stories are there about second and third chances at love? Many! How many people can you name that have gotten back into the dating world and successfully met a new love? No doubt more than a handful!

What do those people have that you think you don’t? Likely, they consider their age as irrelevant to meeting new people and dating. Your age isn’t a dating qualification. It is just one of many aspects of who you are. So quit focusing on it as the sole indicator of eligibility.

THE “NO GOOD MEN” LIMITATION”:

Although it is true that women typically outlive men, there are still many single men who are interested in finding a new partner after divorcing, being widowed, or never marrying. In a recent Pew Research study, 61% of single men say they are currently looking for a relationship or dates, compared with 38% of single women. In fact, it’s the women who are less likely to be looking.  A majority of women 40 and older (71%) say they aren’t looking to date, compared to 42% of men of the same age who say they aren’t looking.

There is a pool of single men and women who are seeking new relationships. But you have to be open to dating to find them.

Before you decide online dating is a waste of time, take an informal poll of people you know who have found each other later in life. Then calculate how many met online.

While people do meet through introductions by family and friends, you can’t always count on personal connections to provide every dating opportunity.

In my book “Mom…You Just Need to Get Laid: The Adventures of Dating After Divorce”, I share stories of fifteen different men I dated in the New York City area. Eleven I met online and four in person. The quality of the men and the relationships were no different depending on how I met them.  What was different was the speed with which I was able to connect with the online group. I joined five dating sites and went out with at least forty people over two years!

THE “OUT OF PRACTICE” LIMITATION:
Life is so different than when we were teenagers, we are out of practice no matter how long since we’ve been on a date. If you bring your true self to a dating conversation, you are no more out of practice than when you meet a new platonic friend.

True, you could be out of practice with flirting and falling in love and intimacy, but those things absolutely take care of themselves. Rather than being scary, they are fun! And yes, you can and do get butterflies as an adult! Let yourself have those experiences and you will see.

THE ‘WHAT WILL THEY THINK” LIMITATION:

Thankfully, the older we get, the more easily we shed wondering what people think of us. But when it comes to dating, some reengage with those doubts. They worry about family and friends being critical of the decision to date.

To that I say it is up to you what you do or wish to share. It’s up to you to be your own advocate. Few of us will have a young son like Noah in “Sleepless in Seattle” who decides to find his dad a date! Forget about them; think about you. And you decide what’s best for you.

Write me at Kate@KateSomerset.com about how you’ve gotten past your dating