I’m excited to say I’m in love with the Los Angeles Central Library and darn proud of our city for having taken such great care of it. I’ll tell you why my heart is all a flutter. And while in DTLA, my hubby and I took a first-time ride on the iconic “Angels Flight” which is super cool. The Art Deco Society has another great “Cocktails in Historic Places” coming up and it’s happening at the iconic Union Station. And there are more incredible murals to see in the downtown area thanks to the Pacific Standard Time: LA/LA. It’s all about DTLA love Tomatoes. 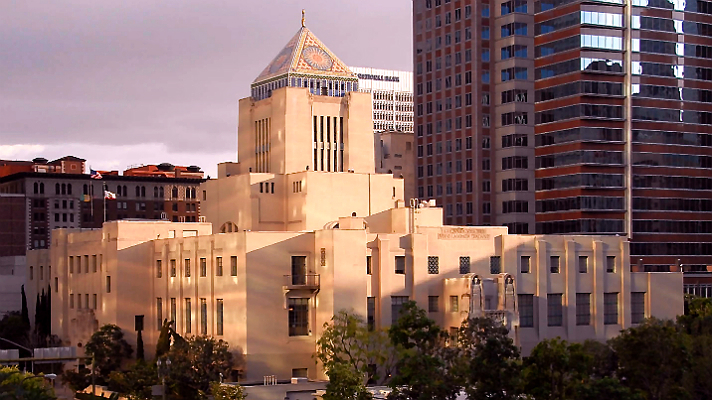 Prompted by the “Pacific Standard Time: LA/LA” initiative exhibition, “Visualizing Language” , I mentioned in the Sept 29 newsletter, Mr. Tomato and I rectified never having visited the Central Library last Saturday. We were amazed not only by the PST exhibition, but what we learned from the fascinating and informative FREE Art-Architecture Docent Led Tour. It just tickled me pink and I loved Erin Sapinso, our tour guide! This really must go on your “To Do” list Tomatoes. 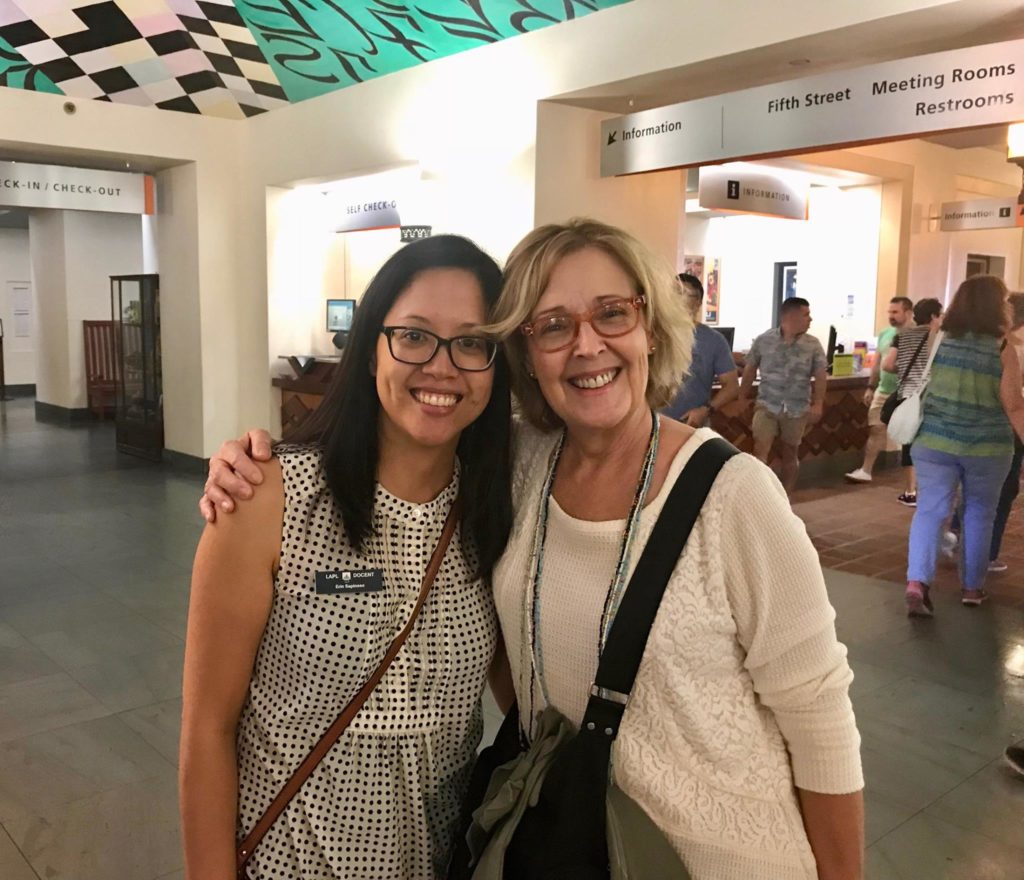 Free tours of the building and its art are given every day the library is open, and on Saturday there is a tour of the Maguire Gardens which surround the library. The tour reveals all the library’s amazing history and reminds you it is truly a major architectural landmark and as a designated LA Historic Cultural Monument and listed in the National Register of Historic Places our Central Library deserves to be treasured. And for those Tomatoes with little ones in their lives, there are kids programs every Saturday in the Children’s Literature Department little theatre.

Our eight stories, 90 year-old Central Library is the third largest central library in the U.S. and home to more than ten million items. Wow! It’s a hybrid between public and research library and is also part-museum/part-event space, a home for unusual collections and a host for regular cultural performances and educational talks.  It’s definitely not just about books Tomatoes.  I was so taken by the splendor, grandeur, quirkiness, imagination and innovation that has been put into our Central Library my heart swelled with pride.  You might just say I’m in love Tomatoes. 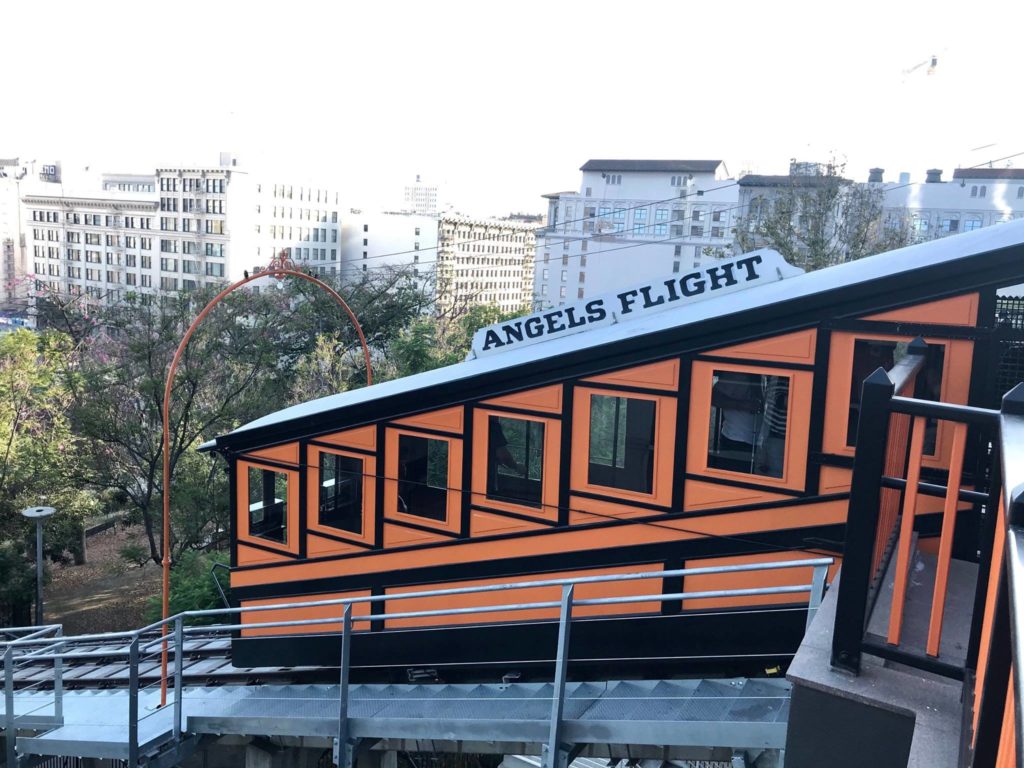 Angels Flight opened and then it closed again for repairs but it is open again Tomatoes! Yahoo! And Mr. Tomato and I got to experience the 116-year-old funicular railway that takes passengers on a short ride between Hill Street and Grand Avenue on Bunker Hill.  It saved us from walking up a wicked steep hill climb. It’s so adorable gals, a fun ride and another important piece of LA history Tomatoes.

It only costs only $1.00 or 50 cents if you have a Metro pass. I loved this quintessential LA experience.  Angels Flight is considered the world’s shortest railway at only 298 feet and has given more than 100 million rides along its hillside track. When it opened in 1901, Bunker Hill was one of the most fashionable neighborhoods and the original cars “Olivet” and “Sinai” carried some of LA’s most prominent citizens.  Angels Flight was dismantled for “urban renewal” of the area in 1969. In the early 1990s, the Railway was refurbished and relocated a half-block south, reopening adjacent to California Plaza in 1996. Thank goodness, this precious landmark was saved and renovated so we can ride in its full original glory today. 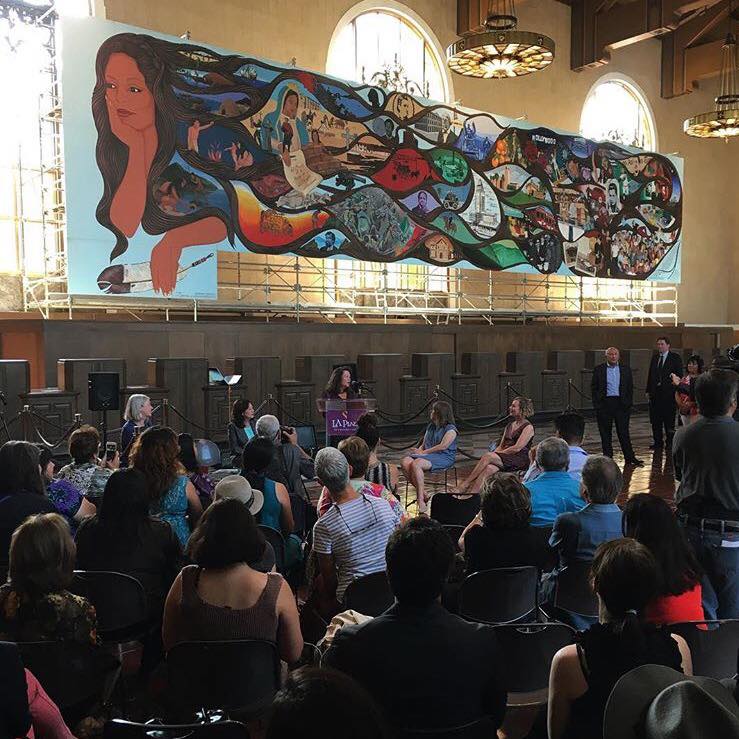 If you are near Union Station you will want to visit Barbara Carrasco’s landmark mural, “L.A. History: A Mexican Perspective” on loan to Union Station till October 22, which illustrates the history of Los Angeles, from its founding in 1781 to 1980. And across the street from Union Station, you’ll find the “Murals Under Seige” exhibition is at LA Plaza de Cultura y Artes till February 27, 2018. Lots of important and gorgeous historic murals to be seen Tomatoes.

After 27 years in a warehouse Barbara Carrasco’s massive 80 ft. 43 panel mural, “L.A. History: A Mexican Perspective” has thankfully been given a new life at Union Station’s Historic Ticket Hall as part of LA Plaza de Cultura y Artes and California Historical Society’s; “Murales Rebeldes! L.A. Chicana/o Murals Under Siege”. Murals under Siege reveals how Chicano murals in LA have been contested, challenged, censored and even destroyed. Through stories of eight murals, this exhibition documents controversy and loss while celebrating artistic and historical contributions. It’s their beautiful thought provoking offering for the Getty-led Pacific Standard Time: LA/LA. 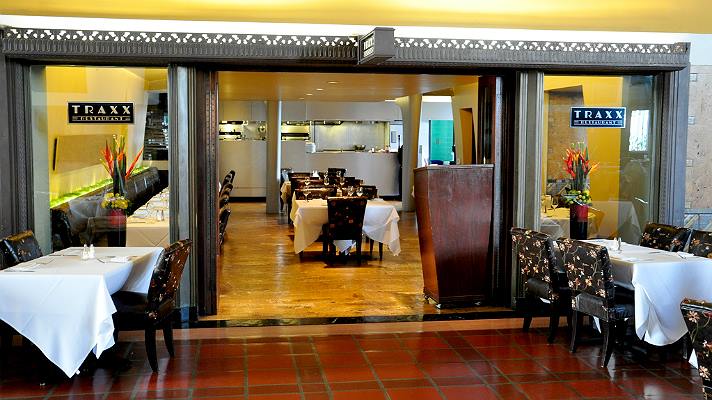 October is always an active and special month for the Art Deco Society of LA and there’s another fantastic event coming up with “Cocktails in Historic Places” at the Union Station “Traxx Bar”. It is all about location, location, location and Traxx is a classic restaurant in a gorgeous setting right there in the hall of Union Station where you can watch the people come and go for the trains. It’s an Art Deco Wonderland Tomatoes.

As usual, you don’t need to be a member and no reservations are required but you might want to let them know you will be attending on their Facebook Event Page. The location is Art Deco classic so here’s your chance to wear something with an art deco flair if you so desire Tomatoes. Enjoy!