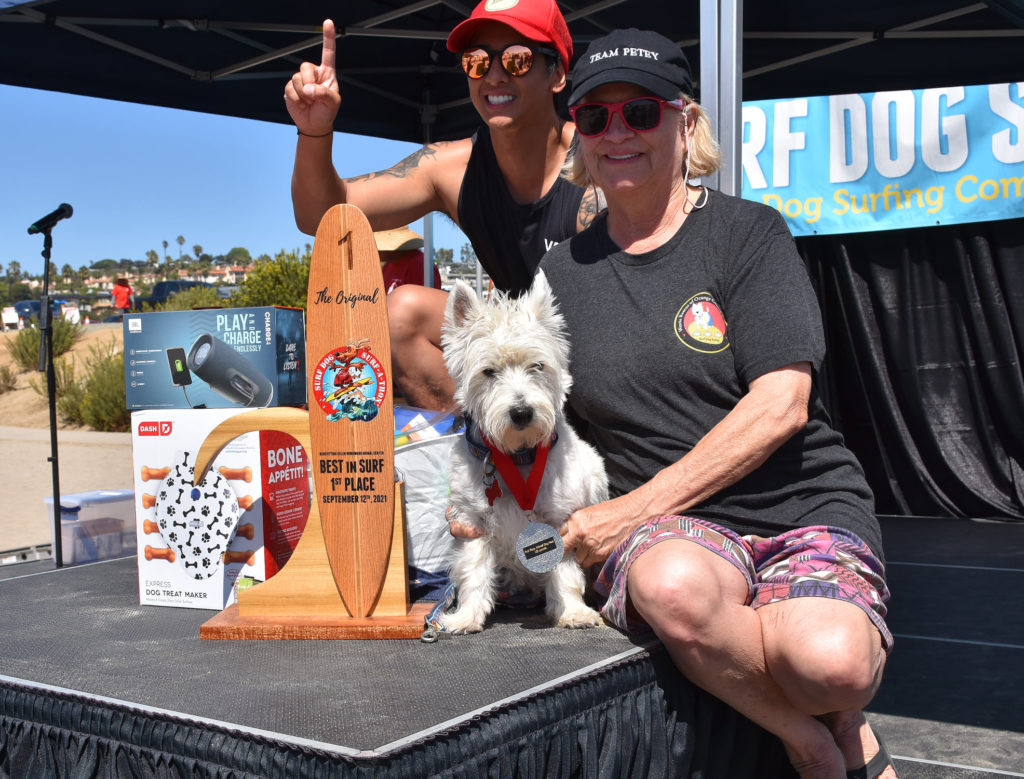 Small but mighty  Petey, was just named the “2021 Best Canine Surfurr” at the “California Surf Dog Surf-A-Thon.”  Speaking of doggies, “Blue Man Dog” and its founder have hit a rough patch and need a helping hand. “Dino Fest” is serving up onsite and virtual programs to celebrate all Dinosaurs.  Rawwrr!  “Tequila Fest” will be rocking LA Historic Park.   The dream of an “Academy Museum of Motion Pictures” has finally become a reality. And revamped self-guided tours of the Walt Disney Concert Hall are back for all Angelenos to enjoy, Tomatoes. I love Tomatoes Got Talent and now you watch it streaming LIVE!

For many years I have been one of the audition judges to select the finalist for this amazing show. This year’s group is so talented.  All women over 40 who are not professional performers. Get your ticket and see who will win this year’s show. GET DETAILS AND TICKETS.

As I mentioned in 2020, my family adopted our sweet “Stella” from the amazing Mia Gysander, founder and owner of Blue Man Dog Rescue.  Mia and her dogs are close to my heart, and have an urgent need of additional funds and I’ll share how you can help, Tomatoes.

Due to an unexpected medical crisis with shocking expenses, Mia and Blue Man Dog, need an extra helping hand… or hands… so they can get back on track financially to continue the work of saving and rehabilitating the homeless dogs.  I can’t give Mia and the all-female staff of “Blue Man Dog” enough praise. Mia is not only an awesome LA Tomato but a remarkable lady and super-duper professional dog trainer.  To me, she is a female Dog Whisperer. Mia and Blue Man Dog go beyond what many other animal welfare higher profile well-funded nonprofits accomplish. Mia and her staff are passionately committed to helping dog owners and their adopted dogs to make the adoptions a long-term success. For over a decade, she has worked tirelessly in dog rescue, including temperament evaluations, and fostering, helping hundreds of dogs and adopters with information, training, and consultations for people needing help with their dogs or looking to adopt a dog. She also specializes in saving and rehabilitating the most challenging of homeless dogs. If you are able and inclined to donate to the “Sass & Mia of Blue Man Dog Need a Hand Go Fund Me Campaign,” your dollars will mean the world and will be wisely used, Tomatoes.

Holy Moly and Zippity Do Dah! The “Academy Museum of Motion Pictures” is, after almost a century, finally… OPENING!  The $484 million 300,000 sq. ft. complex will be the largest U.S. institution devoted entirely to the arts, sciences and artists of movie making. And boy, oh boy, it looks like it will be a smash hit, Tomatoes!

It is worth noting that addressing diversity and inclusion are front and center in the mission of the museum.  Chief artistic and programming officer of the Academy Museum, Jacqueline Stewart has said, “…. The programs we are rolling out for our opening are dynamic, diverse, and deeply grounded in the history and artistry of filmmaking. Whether they are recognizing Hollywood legends, delving into the working process of film professionals, or addressing issues of race, gender, sexuality, and inequity that run through film history, these programs will use the power of movies and stories of filmmakers to open eyes and minds.”

Los Angeles made Time Magazine’s “100 Greatest Places of 2021” list and the “Academy Museum of Motion Pictures” was the first mention.  The transformed old May Company building as the Academy Museum will be a magnificent new landmark for Los Angeles further the city’s profound legacy as the epicenter of the world’s film industry. I have no doubt the interior will be equally magnificent with its domed theatre, a floating orb attached by glass bridges and crowned with a terrace that has breathtaking views of the city it reigns over. The long-awaited Academy Museum of Motion Pictures opening will be a big day in Los Angeles and I would book your reservations, Tomatoes, ASAP! 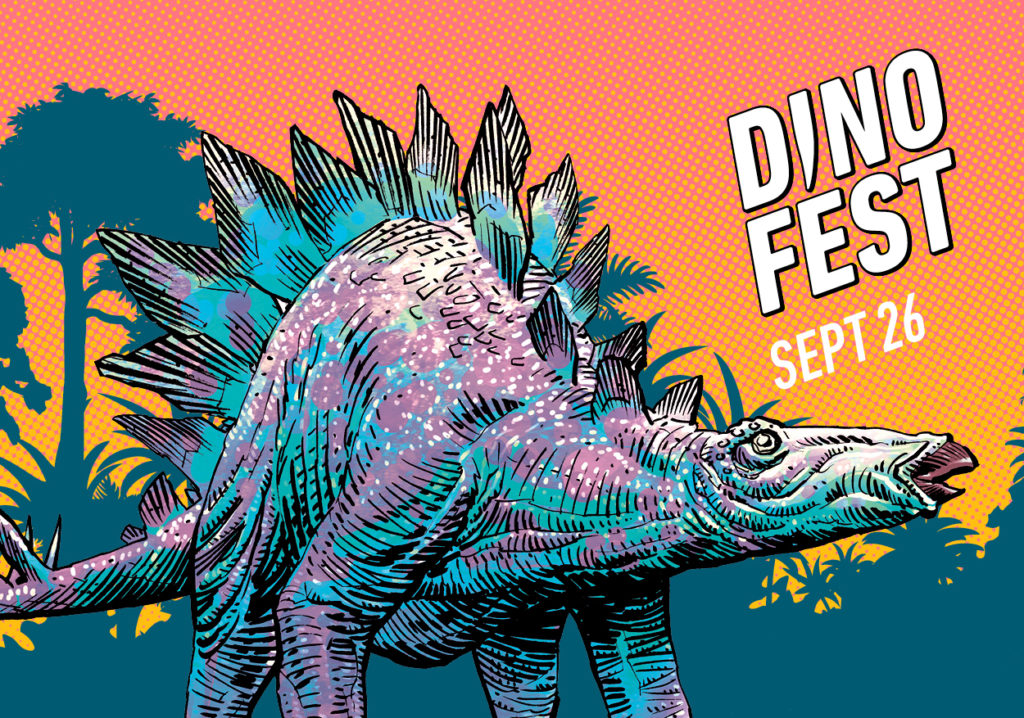 The dinosaurs are taking over L.A. for the 6th annual Dino Fest! The Natural History Museum hosts a festival celebrating dinosaurs, their prehistoric past, and the science that brings their world back to life with access to world-renowned paleontologists, rare specimens from their collections, hands-on activities and so much more! It ain’t just for kids Tomatoes.

Be prepared to be amazed. You can also enjoy the dynamic Dino Fest from the comfort of your home, as well, with streaming programs on Sept 25th.  It’s a great chance celebrate the Dino Hall’s 10th Anniversary and all things Dinosaurs with a ton of surprises and fun, Tomatoes! 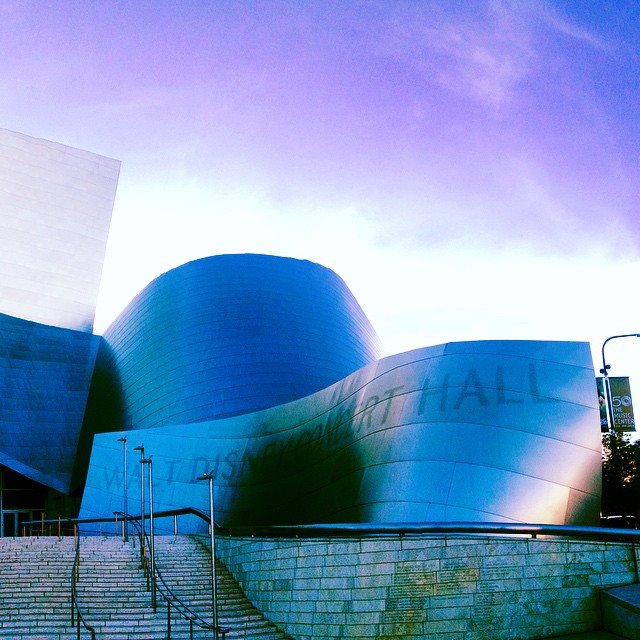 One of LA’s most iconic buildings of Los Angeles, and one I particularly adore, is the Frank Gehry designed Walt Disney Concert Hall.  Wouldn’t you just love to tour the interior and all the nooks and crannies?! Well, the self-guided audio tours are once again open to the public with tours running daily. What a great outing, Tomatoes!

The tour takes visitors through the history of Walt Disney Concert Hall from conception to completion. Award winning actor John Lithgow, narrates the tour, providing insight from visionary architect Frank Gehry and other key contributors. New technology allows visitors to use their smartphones to follow the tour and hear behind-the-scenes details about the planning, thought and design that went into the construction. Walt Disney Concert Hall is an architectural and auditory masterpiece with a very rich history and the tour is full of surprises, Tomatoes. 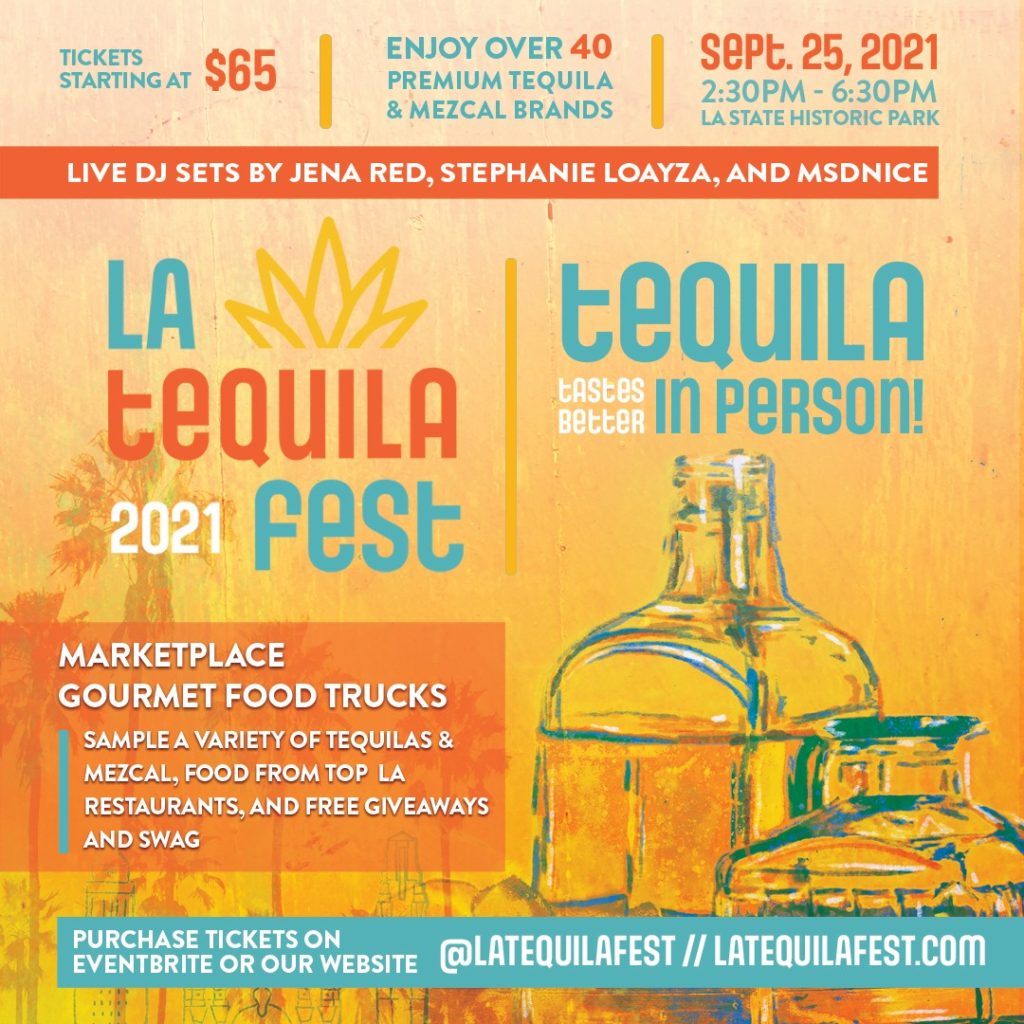 Hear ye! Hear ye! The LA Tequila Fest is back and it is bigger and better than ever!  The legendary LA State Historic Park is a beautiful place to explore over 50 different Award-Winning Tequila and Mezcal Brands.  And let’s not forget the top restaurants and gourmet food trucks from LA’s Foodie scene, Tomatoes.

Tomatoes can soak up the sun while imbibing drinks and tasting scrumptious food, listening to a live DJ and playing lawn games. There’s even shopping with a boutique marketplace. You don’t have to like Tequila to have fun because the LA Tequila Fest has something for everyone, Gals. 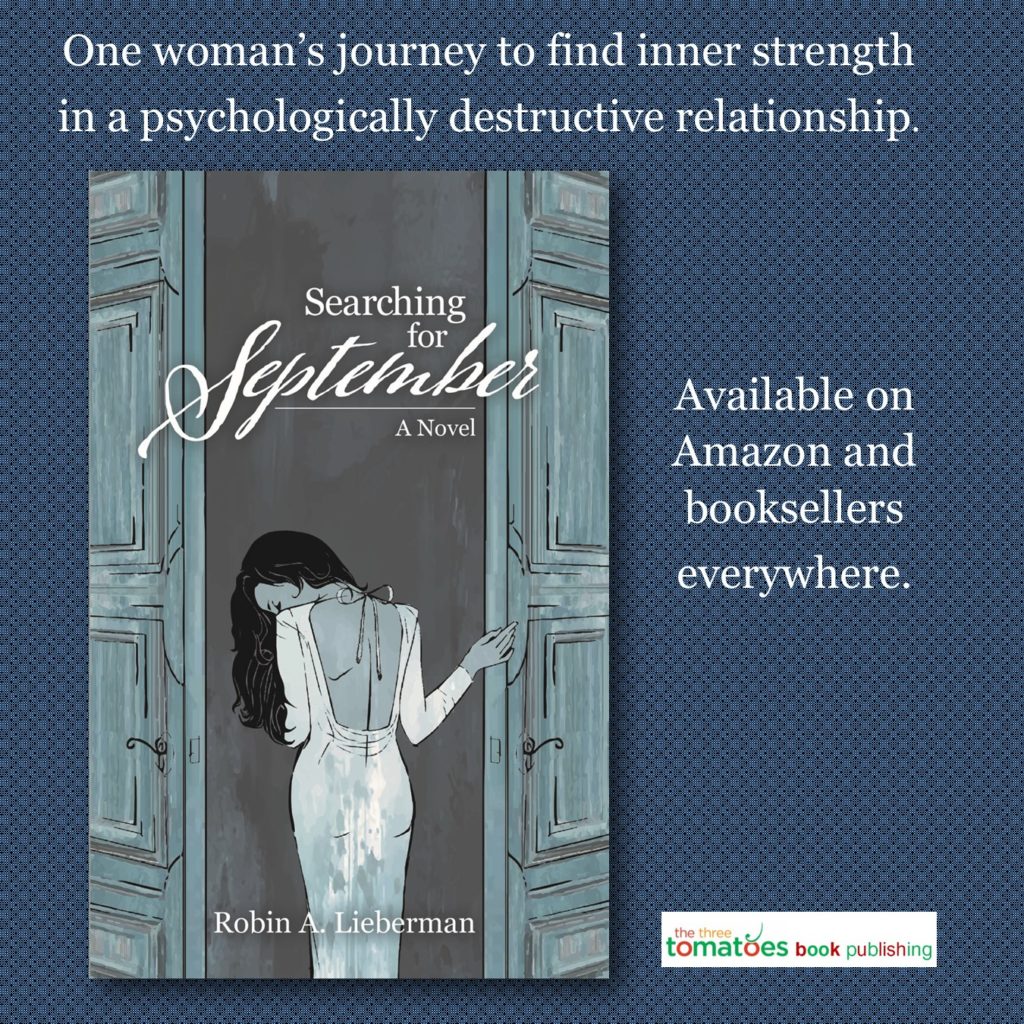 Win a copy of the book.