Kinky Boots off-Broadway is a must see 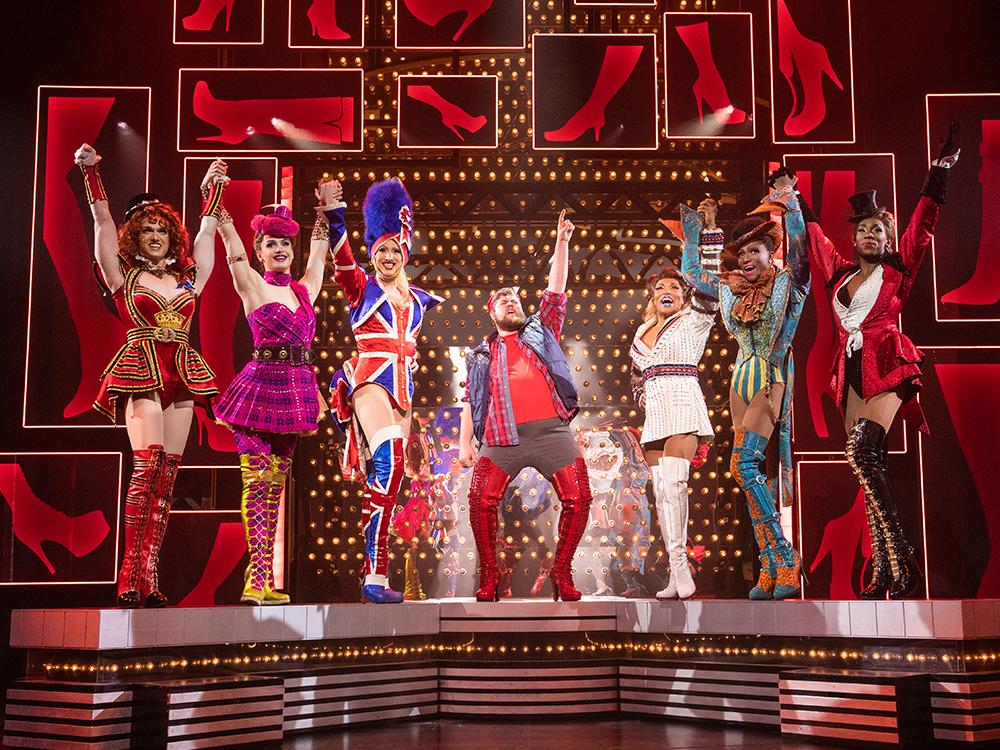 Is it possible for a musical featuring songs written by a pop queen and filled with fashion eye candy to be totally entertaining and still send a crucial message?

In the case of Kinky Boots, with book by Harvey Fierstein, and music and lyrics by Cyndi Lauper, the answer is a resounding “yes!” Kinky Boots is a fun musical, with over-the-top design and production while still having heart, soul and something important to say. With direction and choreography by Jerry Mitchell, this wildly entertaining show boasts a cast of incredibly talented and passionate performers.

Okay, so here is the deal: give me a musical that actually shows the design and creation of thigh high 5-inch boots, and I am already in.

Add to that a great score, awesome choreography, and a story with

heart and you’ve got me hooked. (My only complaint about this marvelous show is that the volume of the music and singing was so loud that it started to feel uncomfortable. As Stage 42 is an off-Broadway theatre (and way smaller than a Broadway house), the decibel level was cranked up too high.) 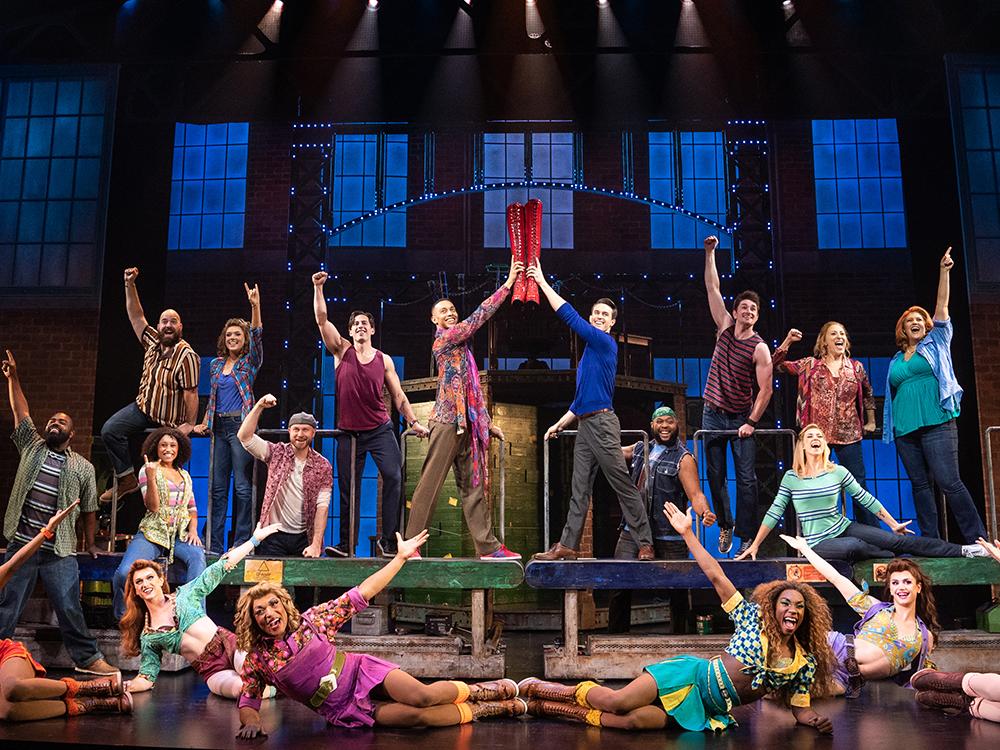 Kinky Boots is about Charlie, a young man thrust into the family business (a factory that manufactures sensible shoes), while having other plans for his life. He discovers that the business is failing as their shoes are not selling,  and Charlie starts to cut costs by firing staff. By circumstance, he meets Lola, a unique and fabulous drag queen headline performer,  who has an idea about designing footwear for a niche market. Together, Lola and Charlie create a line of over the top “kinky boots” and they become a sensation in the shoe fashion world. Along the way, prejudice and ignorance rears its very ugly head and it is addressed in a most surprising way.

Lola is played by the amazing Callum Francis. Not only a stunning singer and dancer, Callum brings to the role of Lola a fragile vulnerability that provides a beautiful nuance to this larger-than-life character.

When Lola is faced with the disdain of factory worker Don, she accepts the challenge of a boxing match. (Little did Don know that Lola (also known as Simon when not in costume) was a champion boxer. In turn, Lola challenges Don to an elementary task: to just accept people for who they are.

So simple, isn’t it? Yet, still today, in a world that has evolved exponentially, it seems difficult for some people to accomplish.

The ending song featuring these words “just be who you want to be, never let ’em tell you who you ought to be” is an anthem for individuality, personal freedom and expression. And in that song is the simple lyric that brings hope to my heart because it is sung by the rough and tumble rowdy Don who belts out “you change the world when you change your mind.”

The character of Don goes through this arc of evolution, redemption, and even compassion and so I left the theatre feeling uplifted and dare I say it… somewhat hopeful about the world.

If you missed the Broadway production, which ran for 6 years and 2505 performances, now is your chance to see a stellar production off-Broadway at Stage 42 on Theatre Row. Hurry because this wonderful Kinky Boots closes on Nov. 20. Kinky Boots