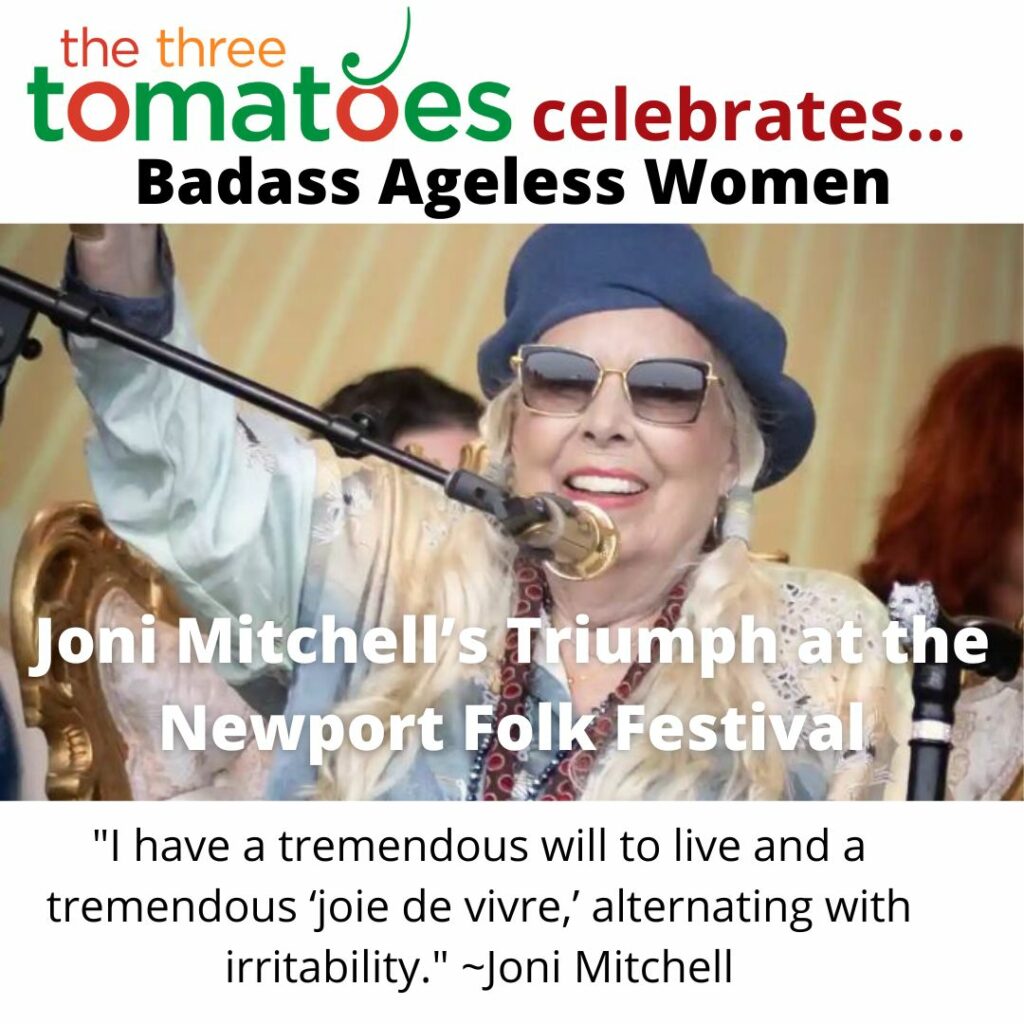 Those of us of who came of age in the 1960s have a certain reverence for singer songwriter Joni Mitchel. Her music was poetic and personal and her unique style of guitar playing was widely hailed. Her influence on my generation and female artists who came after her is undeniable. What I didn’t know, was that she had a brain aneurysm in 2015 that left her unable to speak or walk. Which is what made her surprise appearance last month at the Newport Folk Festival a remarkable triumph.

Not only did she sing, but she played the guitar, which she relearned to play by watching videos of herself. And the last time she performed with guitar in hand in front of a paying audience was on her 55th birthday. She is now 78.

After singer Brandi Carlie’s set which segued into “Cayote Jam with Brandi and other performers, the audience was shocked and thrilled with Joni Mitchell came on stage. She then proceeded to not only play the guitar, but to sing several of her big hits including  “Big Yellow Taxi” and “Both Sides Now” a song she originally wrote for Judy Collins.

I got all teary eyed watching the video of her singing “Both Sides Now,” one of my favorite songs. It also brought tears to Brandi Carlie and Wynonna Judd who is sitting in back of Joni Mitchell.

So to Ms. Mitchell, we say you are one “badass ageless woman” who is still rockin’ it and you continue to inspire all of us.  Here’s to many years ahead and more festivals!