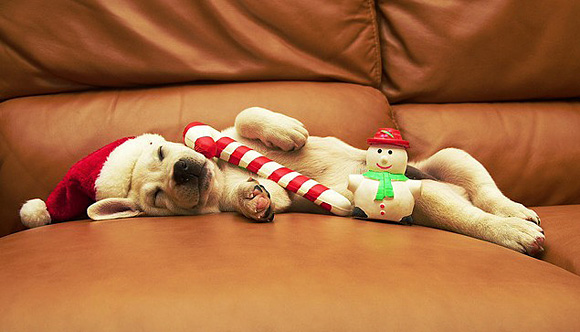 The great pine needle clean-up has begun.  The last Hanukah candle will have sputtered out by the time you read this.  Before first light on New Year’s Day, nearly 200 New York City Sanitation workers will have swept up 3,000 pounds of confetti…. that’s 30 Million pieces of paper not to mention the roughly 42 tons of other ‘stuff’ left behind by Times Square revelers.  The 18 million flowers used on the floats in the Tournament of Roses Parade have wilted as have the hopes and dreams of the college players who LOST in the 197 Bowl Games played this year. Take heart, March Madness is around the corner.

In case you have not noticed, the Holidays are over. Your first clue should be the Valentine hearts that have replaced the cute little Christmas lights and chocolate Hanukah gelt that adorned those shelves just a few days ago.  Think about it… in just a few days you will be able to find Band-Aids again!   Don’t get me wrong.  It is time.  This year, the holiday season started around July 4th weekend when retailers decided that since Christmas and Hanukah actually started on the same day it was prudent to get the holiday season moving.

Not stymied by any challenge our retail brethren hid the Band-Aids on aisle 6 and rolled out the lights. Take heart gents, while they often overlap a little, the colliding holidays have only happened four times in the last 100 years so based on the law of averages, you have a least 25 years before you have to figure out how to fit both holidays in that same ‘seasonal’ store section again.

The Holiday Season is unique because not satisfied with the regular holidays, we have had the urge to add holidays where none previously existed.   Black Friday has risen to holiday status, as has Cyber Monday.  The day after Christmas has traditionally been a retail holiday where purchases can often outpace returns….and of course there is talk about Thanksgiving being renamed Black Friday Eve. Last night I heard something on the radio about ‘Returns Thursday’ being named by some shipping company. To say the hype hit new levels this year would be an understatement but of course lots of things good and bad hit new levels this year so why not the holidays?

Even Pope Francis was disheartened by the hype.  He commented in his homily on Christmas Eve, that the Holidays have been ‘taken hostage’ by materialism.  But I am not so sure I totally agree.  While I am offended by the retail assault I am also mindful of the good that gets done in the name of the Holiday Season.  I saw a lot of good things this year…shopping mall brawls notwithstanding.  I saw hope in lots of people’s eyes and actions.  I saw generosity.  I saw kindness, which after the last year of not so kind words was refreshing.  And so I think it is time to get serious for a moment and say a little thank you to those who tried in some small way to honor the hope that this season is all about.

So…Thank You…all of you who strive to keep the traditions alive and the goodness flowing:

And then there is the light.  Thank you for the light.  Light means hope.  Ask the three wise men who followed the light of the bright north star.  As the Jews who watched as the lights burned for eight days on only a single day’s worth of holy oil.  Ask the millions who watch in person and the billions who watch on TV as the 50-thousand- watt lighted ball drops from high atop Times Square to light up 2017.  This year I noticed more houses than ever decorated for the holidays.  Block after block in my neighborhood sparkled with twinkling lights and blow ups of every kind.  In a few days those lights will go out and although when I turn the corner to my street, I will see only darkness.  It is my hope that the memory of the light of this holiday season will burn bright….and our leaders will bring us the hope for a future without divisiveness, and that peace on earth for all people will be our destiny. 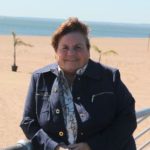