The question you might ask yourself is “how can a musical version of ‘Groundhog Day’ actually be a viable one..and snag seven Tony Award nominations, including for best musical? The answer is, it absolutely can.

The advance buzz on this funny and totally immersive musical was hot when it was in London, and it did not loose any vibrancy when it transferred across the pond.

In the majority of my theatre columns, I bemoan the length of most shows. I can honestly say for this piece, that I actually would have been happy if the story went on a little while longer.

And that is because of a number of factors.

Enumerated here in no particular order:
1. Set Design. The set by Rob Howell was so clever, complete with funny and surprising elements, like the news van that travels across the stage. I don’t want to give away more. But just know that the depiction of this vehicle was hilarious.
2. The Book. Danny Rubin injects joy, humor, poignancy and authenticity into the dialogue and story.
3. The Music. It is memorable and fits the plot so well. Tim Minchin wrote the music and lyrics.
4. Andy Karl. Lead performer Andy Karl has been featured in numerous theatrical pieces, including Rocky, but performing in Groundhog Day, Andy has been elevated to a bona fide Broadway star. Plus his incredible talent and good lucks don’t hurt. 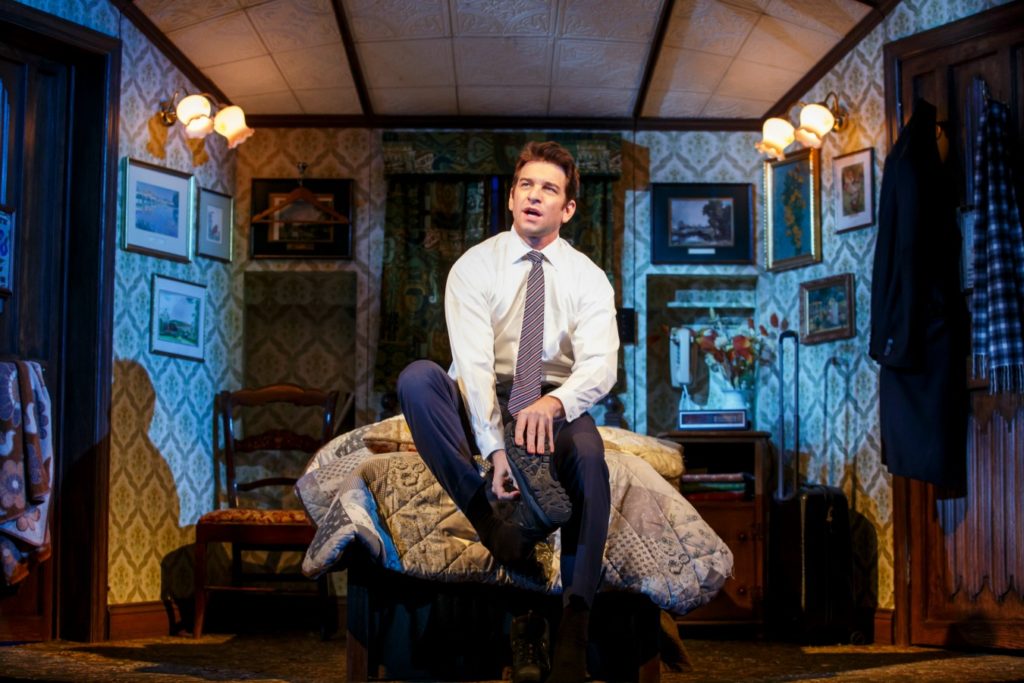 Drama struck Andy when he injured himself just a couple of days before opening. But to the delight of Groundhog Day audiences, after a couple of days rest, and a sturdy brace, he was able to perform on opening night and subsequent shows.

I loved Andy, his co-star, Barrett Doss as Rita, and the rest of the equally talented cast. Directed by the awesome Matthew Warchus, and choreographed by Peter Darling, this Tony nominated musical is a feel-good, must see Broadway show.  http://www.groundhogdaymusical.com/