Grains, Gluten and Genetics – What You Want To Know! 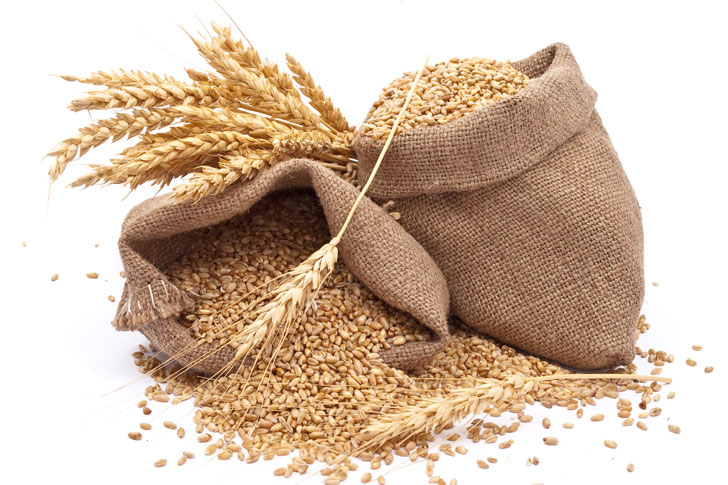 Traditionally, prepared grains are a great source of fiber that supports bowel activity. They are also a source of B vitamins and essential minerals. If the gut is not well, digestion is weak, and if certain genetics are in play, grains can be extremely troublesome and are best eliminated from the present diet.

Many people cannot tolerate grains. Eating processed grains contributes to additional inflammation, leaky gut, food sensitivities, additional infections, and brain inflammation. But is it the grains, addition of yeasts, or the processing, hybridization, and excessive use of pesticides that are driving the intolerances? Are the pesticides harming our gut lining and irritate the immune system so we do not tolerate grains? In addition, selective breeding and processing have altered the structure of traditional grains.

If you tolerate grains, food preparation is important, especially with weakened digestion. If you purchase processed organic grains, look for the stone-ground ones and store them in a cool place. It is best to buy organic whole grains in small quantities, because the oils in the grains go rancid over time.

Some clients who come to see me have already eliminated gluten from their diets because it was giving them digestive troubles or simply made them feel worse. Gluten increases the severity of various health symptoms associated with inflammation, such as joint pain, brain fog and bloating. Gluten-containing grains include barley, rye, wheat, and spelt. Oats are gluten free; however, they can be cross contaminated if processed with machinery that also processes gluten-containg foods.

Gluten triggers an inflammatory overreaction from the immune system that is connected with spikes in blood sugar. The inflammation damages the villi, which are finger-like structures that absorb nutrients in the small intestine. Gluten, from the Latin word for glue, also contributes to Lyme-related or arhtritic joint pain, weight gain, brain inflammation, and other localized or systemic autoimmune symptoms.

When feeling exhausted and depressed, it is easy to become addicted to starchy carbs, including bread, muffins or cereal. These actually affect brain chemicals, making us feel better for the short term, but they irritate and inflame the body and brain in the long-term.

Gluten has addictive, drug-like qualities. It converts into morphine-like substances called gluteomorphins in the brain, shutting it down while providing a dopamine boost—the feel-good factor. Eliminating gluten can be a challenge because of this addictive effect. Even when eliminating foods that contain gluten, many individuals maintain a carbohydrate addiction with gluten-free foods. (Undigested milk proteins, called caesomorphins, have the same effect on the brain.) With any cognitive, behavior, learning disability and neurological concerns, it is best to avoid gluten-containing foods and dairy.

The Standard American Diet includes a large amount of highly-processed, gluten-containing foods (and sugar). Gluten is often hidden in prepared foods, such as in salad dressings, ice cream, and soy sauce. Beware of the words natural flavoring on food labels as well. Check the celiac.com website for more information regarding hidden sources of gluten in foods.

Is It Just About Gluten?

Some individuals might tolerate gluten-containing foods abroad, but the excessive pesticides and herbicides that are sprayed on the crops in the United States cause digestive disturbances and a hypervigilant immune response. Gluten-containing foods are best avoided in the United States because of the constant, low-grade exposure to excessive toxins, especially glyphosate, that are implicated in inflammatory conditions and genetic mutations.

Our gut milieu is more compromised than ever by conventional foods that contain antibiotics, hormones, and chemicals; stress; medications; excessive childhood vaccinations; and rampant environmental pollutants in the soil, water, air, and living environment. All these factors contribute to a perfect storm for multiple food sensitivities, with gluten often being a final trigger or contributor, because it directly affects the integrity of the gut lining. If the gut is in trouble, we are in trouble.

Genetics play an important part in gut health, especially when a genetic factor such as undiagnosed celiac disease is in play. This is a multisystemic disorder, and it does not just affect the gut.

Generally, I do not recommend the popular foods labeled gluten free in grocery stores, even if they are organic. These often contain a combination of flours, thickeners, and gums, which are produced in a bacterial medium that can include corn, soy, dairy, or wheat, along with yeast, various syrups, and sugars. All have great potential to irritate the immune system, even though they are gluten free. If you are sensitive to just one ingredient, it can cause gut trouble and inflammation.

If you are intolerant to gluten, I recommend baking at home with an alternative ingredient such as coconut flour or almond flour. There are many Paleo recipes online, which you can then customize according to what your body can tolerate—but watch out, some are loaded with natural sugar.

Grains that are gluten-free include amaranth, quinoa, rice, corn, teff, sorghum, Montina Indian ricegrass, buckwheat, and millet. However, cross contamination can occur, so eat these with caution if you are currently having trouble with digestion, joint pain, cognitive challenges and a diagnosed autoimmune disease.

Excerpt from “Heal, Thrive, Nourish: A Comprehensive and Holistic Guide when Living with Lyme Disease.”