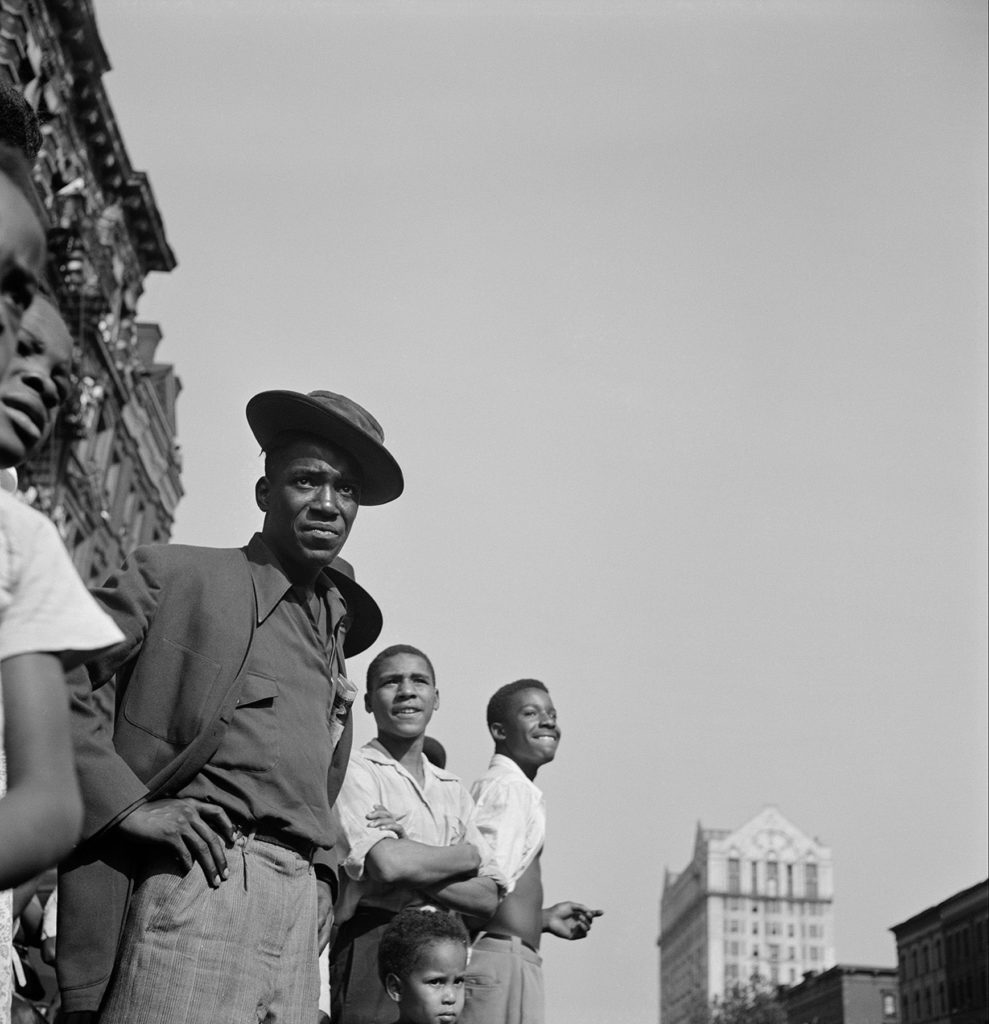 When I heard that the Howard Greenberg Gallery in the Fuller Building was having a photography exhibit of Gordon Parks, I hurried over.  I love his work.  Parks (1912-2006) described his camera as his “choice of weapons.”  Known for his work documenting American life and culture with a focus on social justice, race relations, the civil rights movement and the African-American experience.  He was hired as a staff photographer for Life Magazine in 1948 where over two decades he created his most ground-breaking work with an emphasis on the social and economic Impact of poverty, discrimination and racism.

In 1969 Parks launched a pioneering film career by being the first African-American to write and direct a major studio Picture, “The Learning Tree,” based on his semi-autobiographical novel foreshadowed through his cinematic approach to photography.  This marks the 50th anniversary of the release of Parks’ second full-length directorial endeavor, “Shaft,” a 1971 classic NYC detective film that spawned the blaxploitation genre, the Greenberg Gallery endeavors to present photographic works that reveal Parks’ imaginative approach.  Parks didn’t just photograph a person, he also tried to show that person’s life.  He succeeded.

I strongly advise you to see this exhibit.

Howard Greenberg Gallery will present the photography exhibition Gordon Parks: A Choice of Weapons from October 8 through December 23 in the new gallery on the 8th floor of the Fuller Building at 41 East 57th Street.

Miriam Silverberg can be reached at silverbergm@mindspring.com