Going on a Great Adventure with Kimberly Akimbo 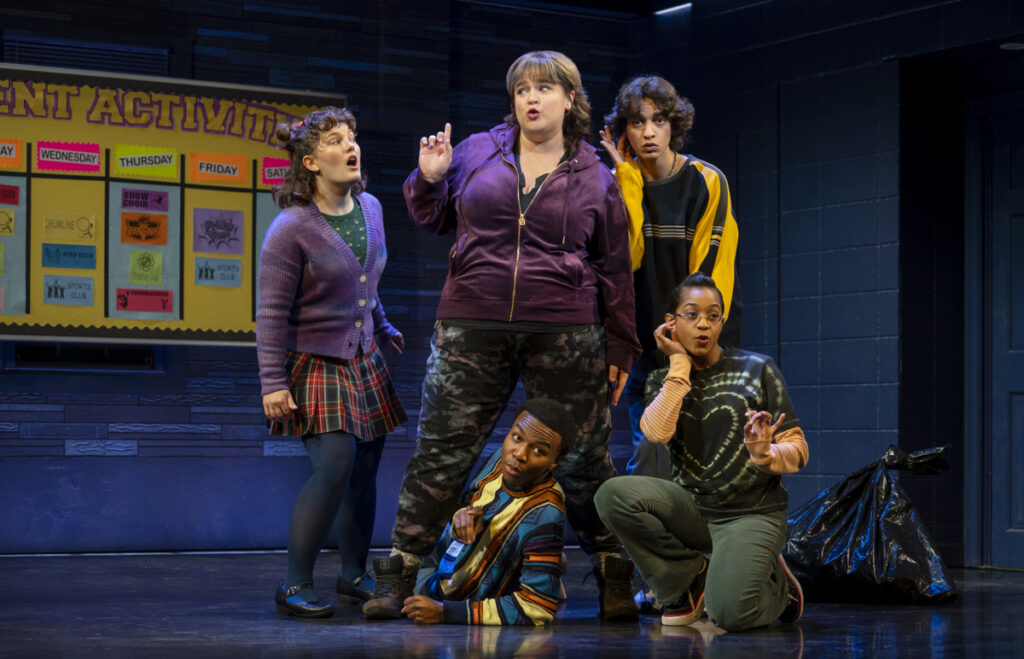 An utterly refreshing, unique and quirky musical has hit the boards on Broadway.

Charming, funny, offbeat and odd, Kimberly Akimbo explores the world of a teenage girl with a very rare disease which ages her at an exponential rate, her bizarre parents with a mysterious past, and an aunt that travels with a lot of baggage.

The musical takes place in New Jersey in 1999, “before kids had cell phones, somewhere in Bergen County” and begins at a skating rink where four friends are skating together, and Kimberly, who has skated alone, is getting ready to leave. The rink attendant, another teen, uses an overblown and distorted sound system to address the skaters. All the kids at the rink go to the same high school.  The four schoolmates have bonded, as they are all outsiders. 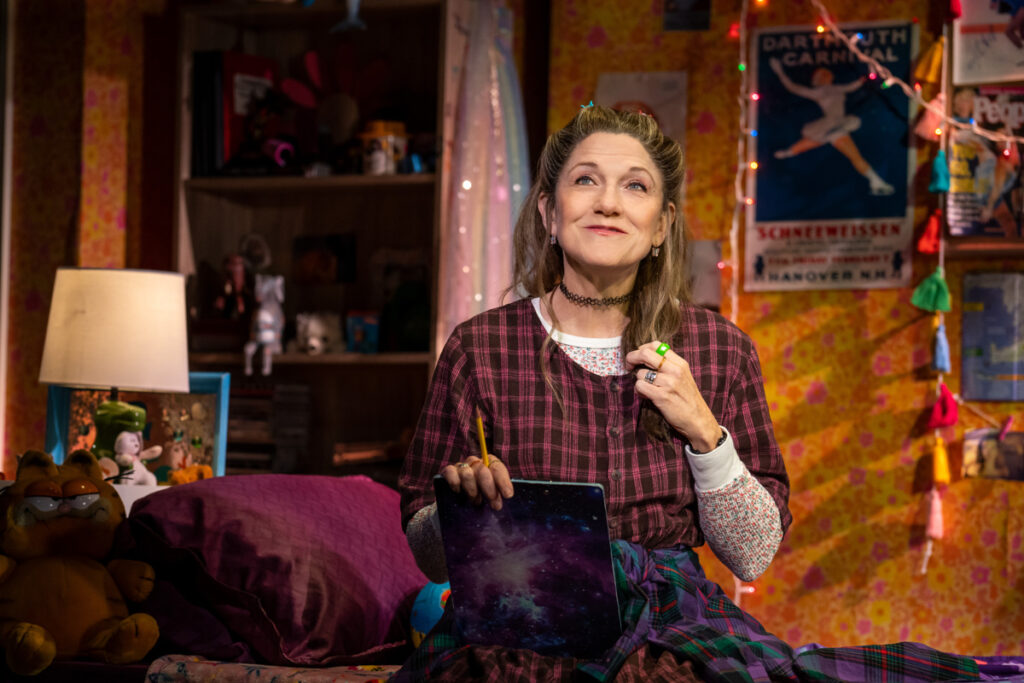 When Kimberly, played by veteran actress Victoria Clark (her real-life age is age 63), waits in the cold for a man who turns out to be her father, we realize that something special is happening with this musical. Why is this mature woman addressing this younger man as “dad?” All of the plot points unfold in due time, but not knowing what is happening right off the bat creates quite a delicious journey.

Back at the house, we meet Kimberly’s very pregnant mother, who makes videos for her unborn child.  Perfectly cast Alli Mauzey is hilarious as Pattie, her off the wall, narcissistic mom, as is Steven Boyer, Buddy, the father who has a drinking problem, and wants desperately to do better. We find out that the family moved from Lodi, but they are never to talk about it, and refer to an aunt with a nefarious background.

Victoria Clark, in the role of a lifetime, fits the part of a teenager with ease. Her slim and nimble body gives the impression of youth, and she becomes completely believable as a teen with the rare disease, trying to navigate whatever time she has left within the confines of the weirdness of her family.

The night I saw the show, Miguel Gil filled in for the fabulous role of Seth, the rink attendant who wants to befriend Kimberly. Seth is a boy who is also an outsider, obsessed with word games and his tuba. Miguel did such a great job, and it is always lovely to see performances from standbys. We also saw Alex Vinh step into the role of Martin, one of the four high school friends.  A secondary plot line centers on the four who have crushes on each other…all of which are unrequited.

When Kimberly’s Aunt Debra appears at the school library, where she has been hiding out waiting for Kimberly for several days, the story really gets meaty.

Played by the incredible Bonnie Milligan, who all but steals the show, Aunt Debra’s lines are hysterical and Bonnie’s delivery impeccable. Debra is a ne’er do well who has yet another money-making scheme with which she wishes to ensnare Kimberly.

Although I liked the first act more than the second, (only because the 2nd act must unravel all the plot lines and it gets a little laden down with exposition), I thoroughly enjoyed this musical, as the spirit of living life to the fullest is a lesson we all should embrace.

With music by the prolific Jeanine Tesori, and book and lyrics by David Lindsay-Abaire (based on his play with the same name), this show entertains, surprises and manages to hit the heartstrings often.

First time Broadway director Jessica Stone, who previously directed an off-Broadway production of the show, brought out all the nuances of this piece.

Choreographed by Danny Mefford, with production design by David Zinn, Kimberly Akimbo should be placed on your must-see list for the season.