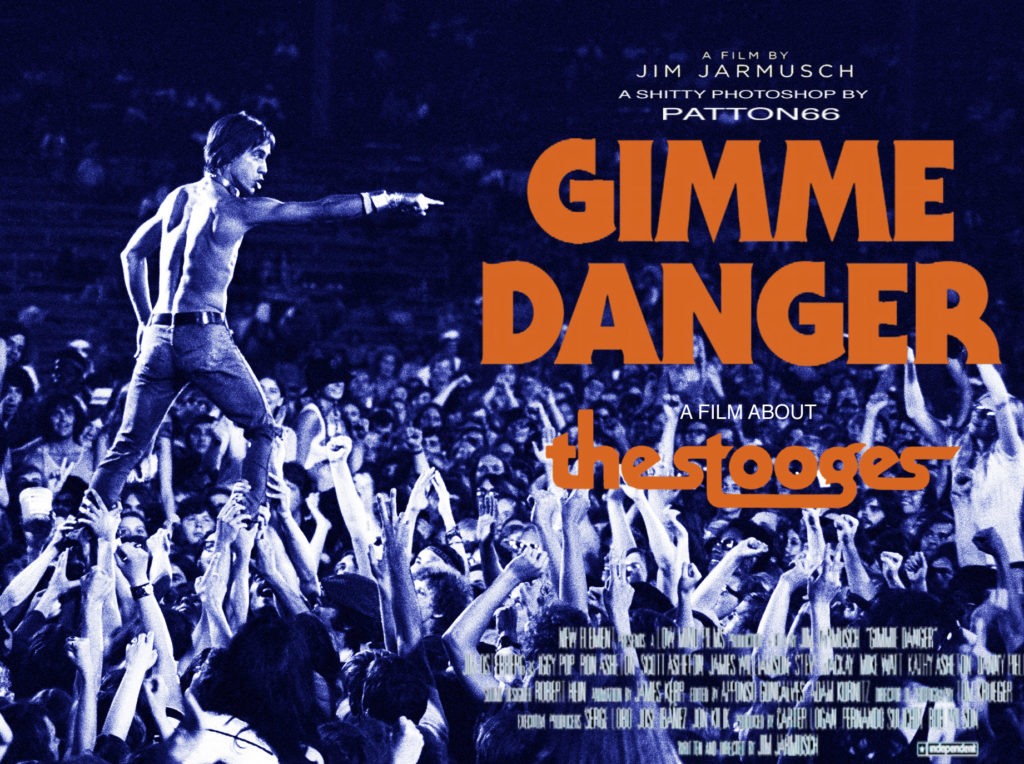 Jim Jarmusch said it best during Q&A after a screening of Gimme Danger, his new documentary about Iggy and The Stooges. To paraphrase: “This is not the most innovative film; rather it’s a celebration of The Stooges, the best rock band ever.” He went on to call it a love letter and to explain the 8-year-long project couldn’t rely on the mostly non-existent available footage.

What they did have available are stills, filmed performances and bits from television. The rest, designed through graphics and animation to attempt to, as Mr. Jarmusch said, “capture the feel of The Stooges: funny, playful, primitive, and sophisticated.”

The film has them all: it’s warm and humorous and nostalgic. Even if Iggy didn’t provide the soundtrack to some of your life, you’ll learn of the myriad of bands he influenced over decades that perhaps did.

But the real joy is listening to Iggy tell his story, like reminiscing cozily with an old friend. I was happy to discover he loved his parents; that Soupy Sales played a part in his inspiration for songwriting; that imitating baboons was a spontaneous gesture, when The Stooges opened for the MC5, which would become his signature moves.

In the Q&A Iggy said he was not aware, until they started filming, how much he wanted to tell his story to someone who could understand it. That’s why he was glad it was Jarmusch, the admiration mutual.

With Iggy being nearly deaf, the moderator needed to repeat questions in his ear. But there was one from the very back he heard without assistance: Whose idea was it to use sleigh bells in Now I Wanna be Your Dog? “It was me,” the sheepishly grinning inventor of stage diving shouted proudly, his hand waving like an excited child.

As the 69-year-old limped across the stage — exiting behind Jarmusch on their way to steak and lobster and lots of wine — his intelligence, soulfulness and vitality, despite a temporary injury while still touring, suggested that getting older doesn’t have to suck.