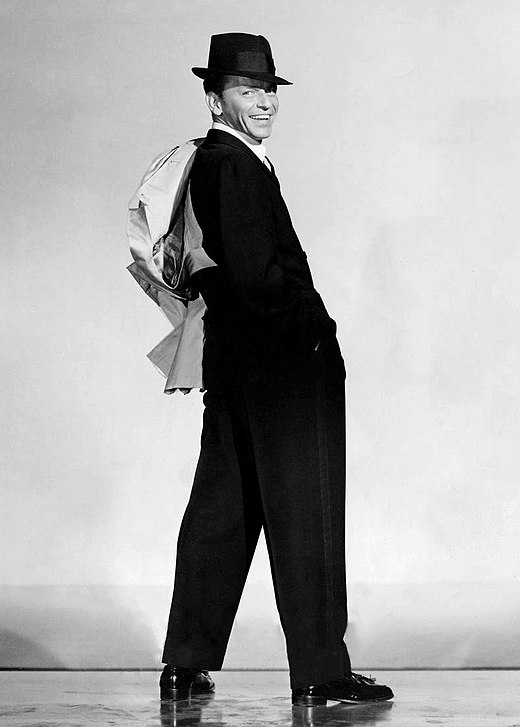 I remember when Frank Sinatra died. I was on the air at Lite-FM, and in the days following, I felt a deep sadness for someone I had never met, but who was an influential figure in my life.

I recall at the time reading a live commercial for a New York newspaper doing a retrospective of his career and as I read the spot, I felt my voice catch, as tears came to my eyes.

Frank Sinatra. Someone I always wanted to interview, but never had the chance.

Frank’s voice was always in the background at our house. My mother’s favorite song was Fly Me to the Moon. I recall her singing along while cooking or making one of her famous martinis at the conclusion of every school year, marking the start of her summer vacation. (Mom was a high school French teacher). Dad was partial to Violets for Your Furs, a beauty that was performed with the Tommy Dorsey Orchestra in 1941. Dad was an artist and musician himself, and the elegance of that tune always transported him.

Whatever decade or era featuring Frank I listened to, I was a fan. From his unique phrasing to his cool attitude, from his incredible vocal abilities to his charm, I was hooked on his songs.

And so, I am thrilled and delighted to learn that two-time Tony winner Joe DiPietro is writing a script for a musical about Ole Blue Eyes, which is currently in development. Joining Joe will be multiple award-winning director and choreographer Kathleen Marshall.

Frank’s daughter, Tina, is one of the producers, working along with Universal Music Group Theatrical.

Tina Sinatra said, “I’m excited to work with Universal Music Theatrical on this stage production that we believe will bring audiences new perspectives and insights into my father’s renowned music and his enduring legacy.”

All I can say is, it is about time to see a musical about this legend and icon come to Broadway. Can’t wait to see who is cast as the kid from Hoboken. Stay tuned!