Over the past week, I have seen four really good plays in rapid succession. Each play is  distinctly different in the story line, time period, and outcome.

What struck me though about these four completely unique and different theatrical pieces, is that they all, in some way, revolve around a fierce and deep family unit. 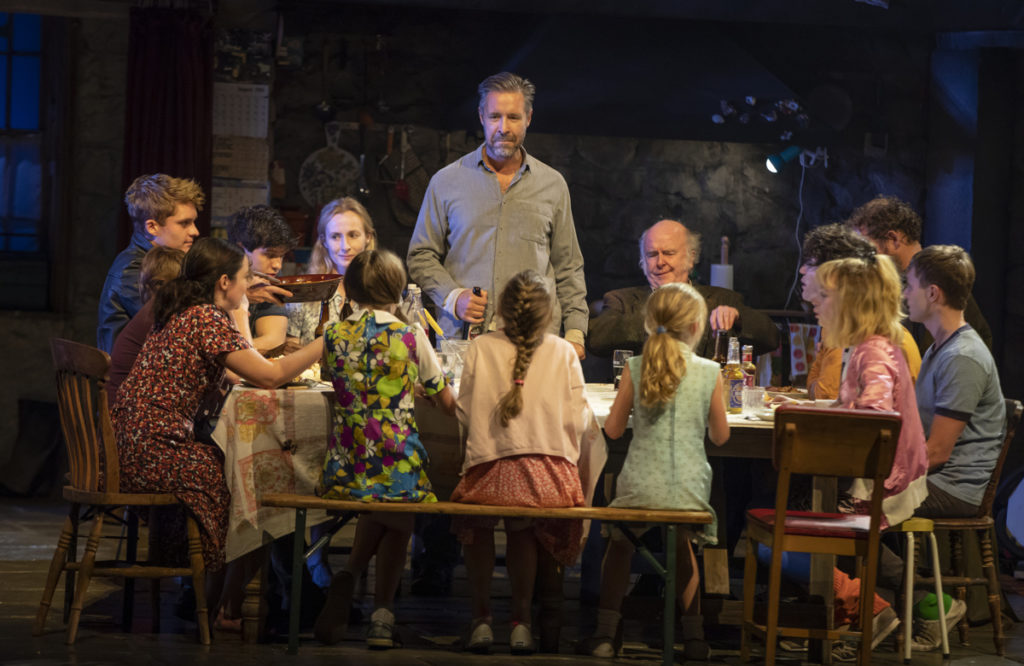 Let me begin with The Ferryman, by Jez Butterworth.  Set in Northern Ireland in 1981, an extended family in a country farm has carried on after the brother of the head of the household went missing years earlier.
The missing man’s wife and child have moved in with Quinn (Paddy Considine) and his wife and brood, and became part of the workings of the family. But a body was discovered in a bog, and with this discovery, issues have also surfaced. Set against the hunger strikes of the time, and the violence that ensued, The Ferryman picks up speed in the second act. Although the first act is long and filled with exposition and conversation, it is worth hanging out till the play really develops. In the end, the passionate desire to keep a family together, all of it, bubbles up to the surface and explodes in a defiant act. 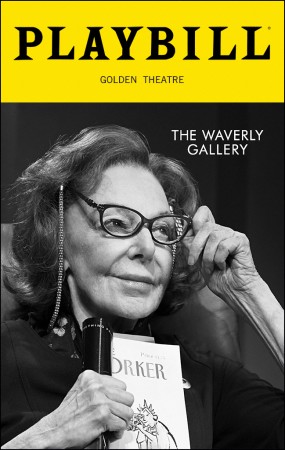 The Waverly Gallery takes us to Greenwich Village and the Upper West Side of Manhattan, between 1989 and 1991. The relationship between a grandmother, Gladys (played by the legendary Elaine May)  and her grandson, Daniel, subtly performed by Lucas Hedges, is central to the plot. Daniel has taken on the role of caretaker of his grandmother because they live in neighboring apartments. Due to his proximity, he is keenly aware of her hearing difficulties first, and then her mental decline. Quirky, opinionated, frustrating and yet utterly charming, Gladys Green runs an art gallery in the Village, just to keep busy and stay engaged

Her daughter, played by the fabulous Joan Allen, cooks weekly dinners for her mother, husband and son, and together, the small family unit, along with a visiting artist, become consumed with the care of Gladys.  As the web of dementia overtakes her frail body, the laugh-out-loud funny lines start to become heartbreaking. Anyone who has witnessed this type of decline will truly understand all the emotions that are provoked. The Waverly Gallery is about a family held hostage by a loved one’s descent into a vacant existence. 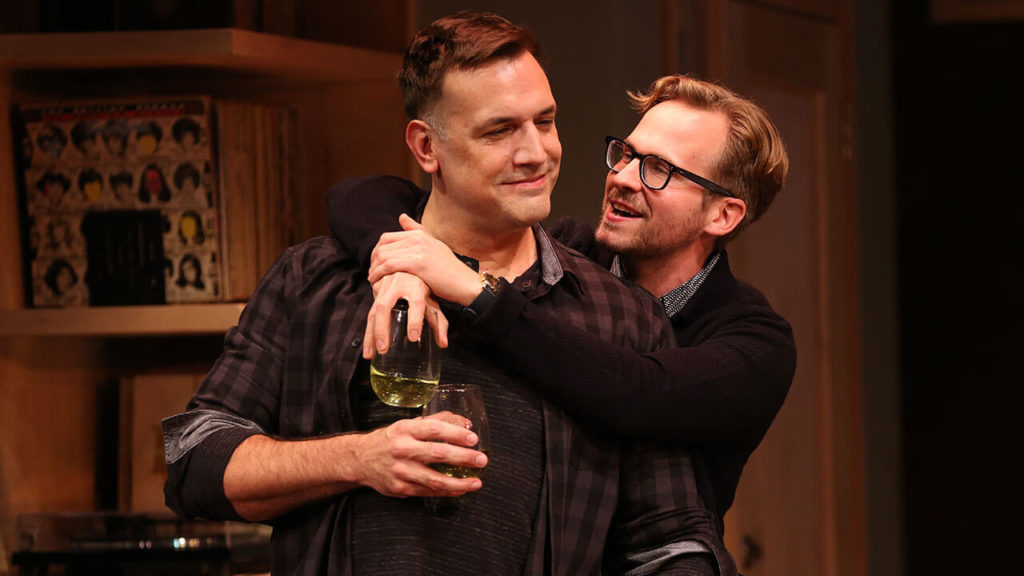 Daniel’s Husband, off-Broadway at the Westside Theatre, is also about family. The two unit kind. Life partners, two individuals who share a home, a community and a deep love. But they are not married, because one of the partners, Mitchell, simply and fundamentally does not believe in marriage. Daniel does, and wants desperately to convince Mitchell to agree. A severe medical condition strikes Daniel, and suddenly everything changes. Daniel’s overbearing mother, takes charge and takes over, and a legal battle begins. Although sometimes trite in dialogue (especially in the first dinner party scene), Daniel’s Husband quickly becomes thought provoking and important for all couples to see. 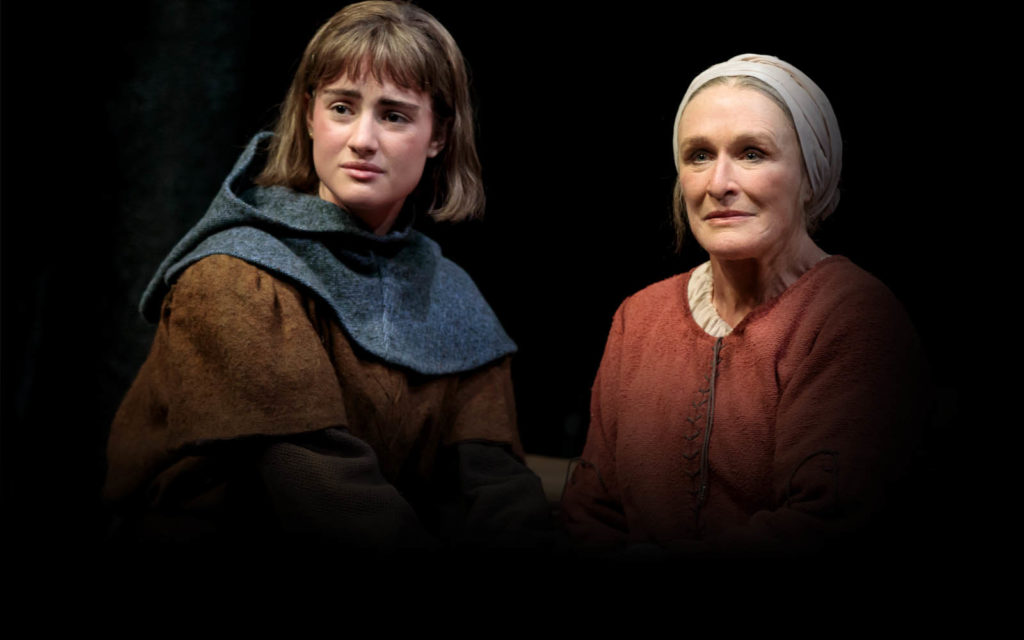 Finally, there is Mother of the Maid, starring the incomparable Glenn Close at The Public Theater. Written by Jane Anderson and directed by Matthew Penn, this story about the mother and family of Joan of Arc is compelling and powerful. A mother who so passionately loves her children endures the already complicated relationship between daughter and mother, and stays strong and stalwart as her daughter marches on to a place in history. At first, Isabelle Arc is horrified by the shameful admissions of her daughter’s visitations, but in time, when the bishop opens his arms to the child and the dauphin provides a place in his court and army, the mother (and very skeptical father, played by the wonderful Dermot Crowley) realize the power of their daughter’s spiritual gift.

We know the ending of this story, and it is played out in gut wrenching fashion, as the mother of the maid must prepare her child for her horrific demise. The (pardon the pun) arc of the character that Glenn Close plays is a fabulous role for any actress, but Ms. Close clearly performs it to perfection.

For more theatre news, conversation and interviews, listen to “Bagels and Broadway with Valerie Smaldone” every Saturday morning from 9-10 on AM970, online, Alexa and podcast “The only theatre and food focused radio show in New York”