As we are into Tony weekend, when new plays, musicals and revivals are celebrated, it is unfortunate to have to announce the closing of three great shows.

The producers of Dear Evan Hansen, Tina: The Tina Turner Musical and Come From Away have all posted closing notices. 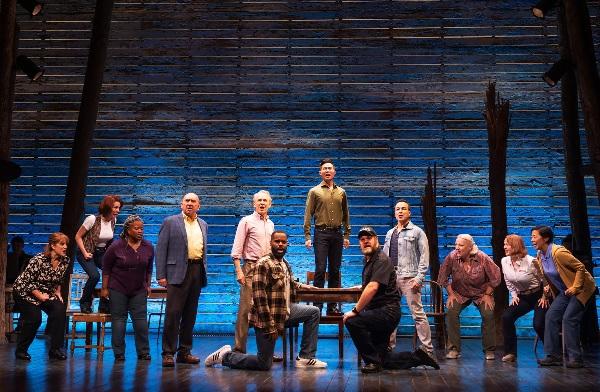 I happen to have really loved all three, but the closing of Come From Away is the saddest for me. This charming musical depicts how the residents of a small town on an island in the Atlantic came together to assist strangers during one of the darkest times in our history.

It chronicles the story of what happened to 38 airliners en route to the U.S. on 9/11, when airspace was shut down following the attacks.

The planes landed in Gander, Newfoundland, and thousands of people on those planes (nearly 7,000!) longing to get home to loved ones were in need of housing, food, and most important, comfort.

Come From Way is one of the most heartwarming and life affirming shows I have ever seen.

After 1,670 performances and 25 previews on Broadway Come From Away will play its final Broadway performance on Sunday, October 2 at the Gerald Schoenfeld Theatre. By the time the company takes its final bow, Come From Away will be the 49th longest-running production in Broadway history and the longest-running show in the 105-year history of the Gerald Schoenfeld Theatre, a milestone the musical will celebrate on Wednesday, June 15.

If you haven’t seen the three shows that are closing, try to do so. But if you must choose one, I vote for the musical about a real-life incident that gives you hope in humanity again.  https://comefromaway.com/

Tags: broadway showsCome from Away on Broadwayshows closing on broadway