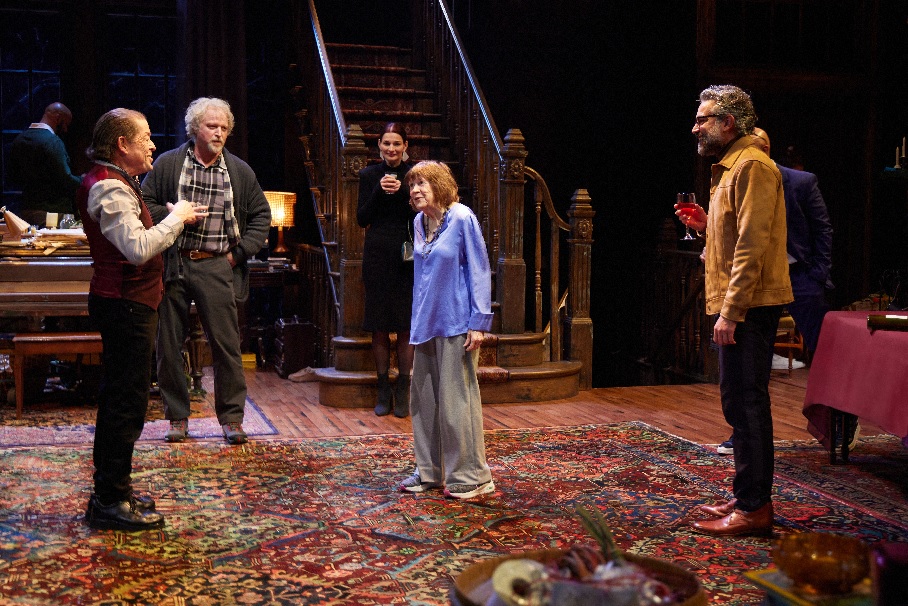 Epiphany, a new play by Brian Watkins, opens in the dining room of a massive old house, as snow falls copiously outside large windows, prompting the audience to break into applause for the design…and the manufactured climate.

The set by John Lee Beatty brings great texture to the play, as a good deal of the action happens offstage, down the stairs leading (it is implied) to the front door where guests are greeted, and conversations take place.

There surely is a mystical quality that surrounds Epiphany, as Morkan, the main character and owner of the old house located on the banks of a river “somewhere near a large city”, has invited people important in her life to gather and to take notice of this Christian holiday that nobody quite knows anything about. 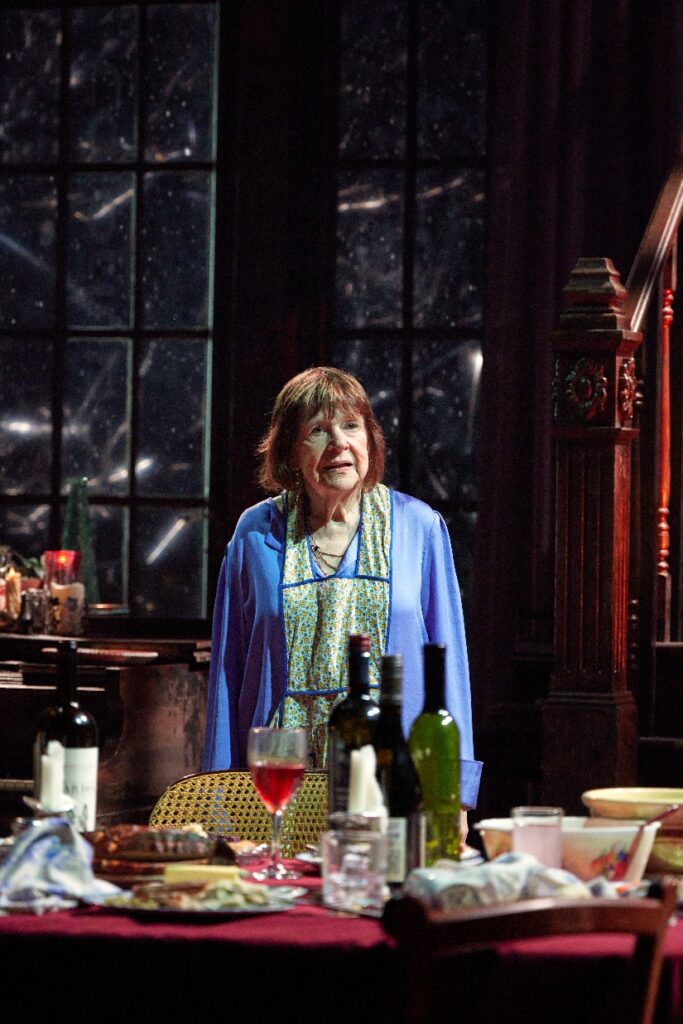 This rich character, played by the fabulous Marylouise Burke, is ruthlessly charming, quirky, restless, as she runs here and there in preparation and anticipation of her guests, Gabriel, being the most important. A celebrated writer, and her nephew, he has promised to attend, and each time the doorbell rings, Morkan flurries about, asking Loren (Colby Minifie), the young woman who is assisting her, if that is him. She tells Loren to make sure she is made aware when he comes. 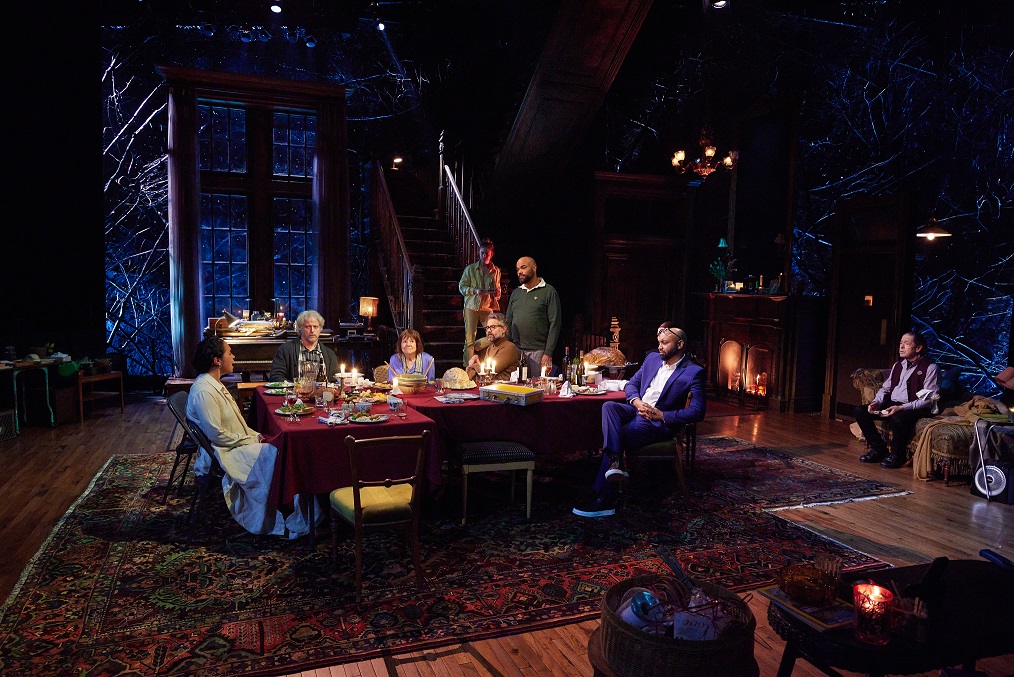 It turns out, Gabriel has sunk into a deep depression and cannot attend. Instead, he sends Aran (Carmen Zilles), his angelic girlfriend in his place, bearing the speech he was asked to present during the dinner. Unfortunately, she has fallen in the snow on her way to the house, causing the paper to get wet, resulting in the writing on the page to be largely illegible.

Several other guests, some who vaguely know each other, also assemble, all equally quirky and interesting, wondering why they were invited to this special dinner, the meaning of the epiphany, and what is supposed to happen. Morkan, you see, properly planned for this. She sent everyone an email with numerous attachments, including an agenda and each person’s tasks.

In a brilliant move of art imitating life, no one has read the email, and has no idea what they have been tasked to do. In another great piece of business, Morkan takes away everyone’s cell phone and places them in a box, so they are forced to interact and not use their phones for reference. The play is funny, holds a mirror up to our world, and provides insight into our relationships with each other… and technology.

I couldn’t help but focus on the date-Jan 6, which is indeed the Epiphany (also known as the 12th day of Christmas) celebrated by Christians around the globe, but since 2021, January 6 will forever be etched in our minds as a day when America changed.

When Aran offers to sing a lullaby, prompting Ames (Jonathan Hadary) to be vigorously shocked back into his youth when, as a young boy, he heard that song at his own family gathering, we start to realize that Aran might be something other than what she seems, Perhaps she is from another dimension, brought there to offer peace and communion. She is, after all, dressed in a light, gauzy, off-white outfit that doesn’t quite fit the deep chill of a winter’s evening. Perhaps Aran really is an angel, providing much needed warmth and solace to a group of disconnected individuals….and our society.