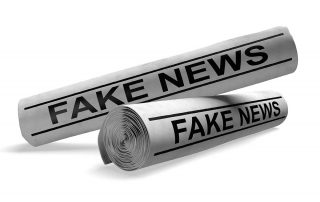 The Russians are sending us fake and misleading news.  Are your travel plans also being sabotaged by fake news?   The answer is yes.

There are many ways The Women’s Travel Group sees false information as reaching your inbox.

Scare articles about crime and dangers. Writers need scare headlines like the one on this article.  Two of the countries/areas worst hit by fake scare news are Mexico and Eastern Europe+ Greece. Mexico is often singled out, yet our State Department does not warn us about all of Mexico, just small areas where crime gangs exist. Ironically some crime in Mexico is in bad neighborhoods one should never go into anyway and where prostitution and drugs are common. Walk around the historic center of Mexico City or in the affluent areas, and you will feel at home and totally taken care of by friendly locals.

Germany got its bad rap with photos of hungry mainly male young men in Cologne on New Year’s Eve ‘attacking and groping’ women on the street.  A fascinating article from The Atlantic, discusses why refugees scare us. It shows how two women proved statistically, that these rumors were hyped. The article states that rumors are most believed when they follow an actual event. In the case of Germany, half of the rumors about refugee crime followed the New Year’s Eve event within two months. Rumors are more believed if it appears that the police did little to stop the crime. And rumors feed off our underlying fears.

For accurate information, go to the US State Dept. which details dangers and concerns in each part of the world.  Still unconvinced, read the UK, Canadian, Australian or New Zealand versions of the same.

Ironically parts of our country are on European warning lists. The United Arab Emirates, Bahamas, France, United Kingdom, Canada, New Zealand and Germany are among those which had cautioned U.S. bound travelers.

Propaganda about natural disasters. Recently, the government of Bali accused competitor regions and countries of disseminating hoaxes about the danger of volcanic activity in order to benefit from the island’s recent troubles.  After the devastating hurricane in the Caribbean last year, Caribbean countries rivaled each other with rumors that some islands were worse off than others. The Sacramento Bee details a story that even Trump’s head of social media believed a fake story that sharks were sucked up from the ocean! A rumor that Richard Branson on Necker Island was attacked by gunmen was fake. A photo of a double tornado off the coast of Miami was an old one from the Isle of Elba in Europe.  Etc etc. Read the full article.

Sponsored ads’ headlines online appear to be real news. Advertisers overwhelmingly believe that this fake news erodes the trust of real advertisers. But google is full of fake headlines. Here are a few that might deter you from traveling. Headlines are supposed to tell you what you are about to read; increasingly they tell you what you should think or do. Commands in headlines are very effective and hard to shake.

Exaggeration gets our attention. Your iPads and phones must be backed in checked luggage.  The initial ban trumpeted everywhere applied only to eight countries’ nonstop routes to the US. Within weeks, it was lifted for almost all airlines and destinations.   An ad on google headlines: World’s Worst Travel Spots. Then the article lists war torn areas and places you would never go to anyway!

Inflated Facebook likes. If you want real opinions of how much a travel company is liked, try contacting some of the people commenting in or liking the site. Recently we were made aware of a women’s travel company that overnight had 20,000 likes. Obviously, they bought these likes and they were fake.  Want to prove it? If a company’s likes have no comments, no shares, these might be fake likes.  Here is a great article.

Fake photos are used. Digging into photos of a travel site, do you see the same people all the time? If so, the photos are staged, or the company only has 6 clients.

Voicemail fakes: Does the company forward to another phone and it seems to take too long? This delay usually means they do not have an office, and you might be speaking to a part timer who is on the tennis court on a cell?

Linkedin Profiles are often exaggerated even misleading. First look at the background of the individual selling travel, jump to their links and referrals to see if important people support them by linking to them also. Again, numbers are not always by themselves a seal of truth.

Licenses can be faked. If a travel seller is certified by IATAN, don’t take their word for it. Check with IATAN itself. Similarly, with ASTA for travel agents, travel insurance licenses and any industry group they show on their site can be a copied logo, not a real membership. Because they recommend insurance does not mean, they are licensed to sell it. An insurance license is a good standard. The BBB is not, if you do not pay them dues, they insinuate you are not in good standing.

We hope this article has been helpful. After all travel costs a lot of money, be careful and do your homework.