Does Anyone Still Wear a Hat? The Revival of Company 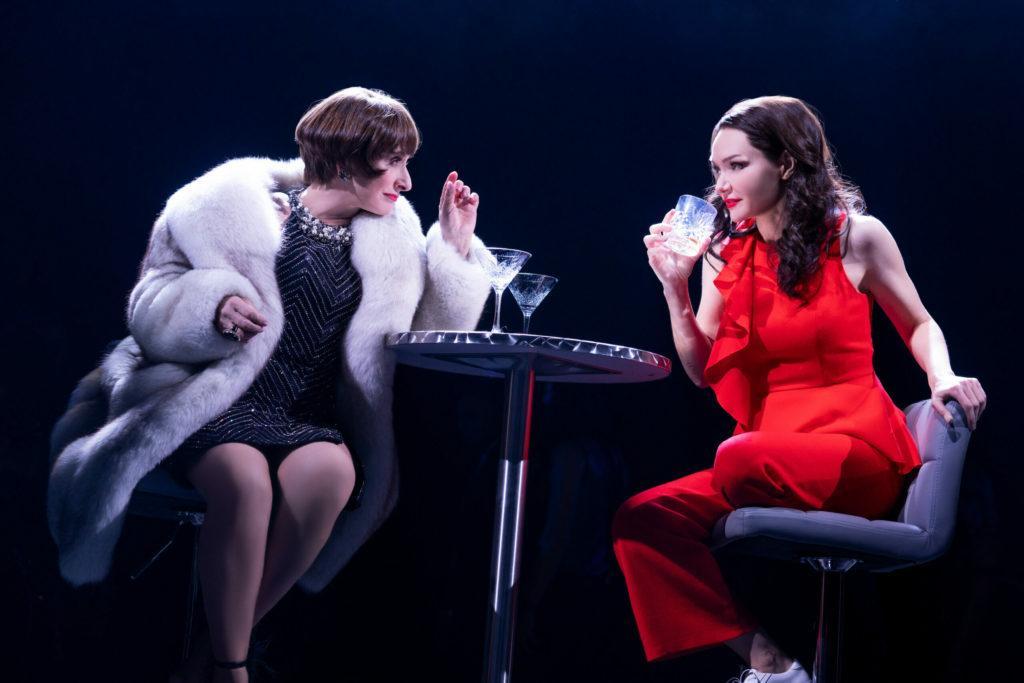 Company, the Stephen Sondheim classic musical which debuted on Broadway in 1970, is one of my favorite shows. It is what is known as a “concept musical” and for its time, rather revolutionary in the Broadway-sphere.  I have the original cast album. I have seen various productions of it.

One of the most amazing songs ever written for the Broadway stage is “Being Alive.” I shall never forget experiencing Raul Esparza performing it in the 2006 revival.

So, I was thrilled when I learned that there would be yet another version of Company coming to Broadway…with a twist. The main character of Bobby would now be a woman. Cool, I thought. That can work. Why not?

Katrina Lenk was cast. I loved Katrina in The Band’s Visit, a delicate, exotic, and exquisite show in which she shone. The fabulousness that is Patti LuPone was announced in the role that Elaine Stritch originated. Wonderful, I agreed. Patti would be awesome as Joanne.

It was with great anticipation that I entered the theatre, just a few weeks after Stephen Sondheim passed away, to see this new version, updated to reflect the current times. New York in the 2020’s.

Very PC and up to date. But the main plot remains. It’s the 35th birthday party of Bobbie (note the new spelling),and all her coupled friends want to see her married off.

And therein lies a tremendous problem. Really? 50 years ago, that was a viable circumstance.

It just seems a bit odd in today’s world that a woman or a man or anyone would be fretting that they were not married at 35.  Or that ALL their friends are married. That seminal plot point plagued me throughout the entire show. Just move up the age to 45 or more and it makes a world of difference.

I love Katrina Lenk, but not for this role. “Being Alive” was acted more than sung by Katrina, leaving me saddened that I missed the buildup and crescendo in a song that can render you breathless. But then again, I can’t help but remember how breathless Raul left me when he performed it 15 years ago.

Of course, seeing Patti LuPone on stage any time is a thrill. All she has to do is enter, cast a sideways eye, or sashay across the stage and it is simply delicious. When Ms. LuPone opens her mouth to sing, she is magic. But the song, “Ladies Who Lunch” hardly makes sense in this era, and some of the lyrics are just antiquated. Not a problem if this were set in the 1970’s, but now? And since everything was updated to our present times, why is Joanne smoking in a club? I was just confused, as were the lovely tourists sitting next to me from San Francisco.

One of the best numbers was “Getting Married Today,” brilliantly sung by Matt Doyle with Etai Benson. The shift in these characters is that they are a gay couple, with Jamie (Matt Doyle) terrified by the prospect of his upcoming nuptials. This song was a show highlight.

What a cast, with additional standouts Christopher Fitzgerald, Christopher Sieber, and Jennifer Simard.

The songs are always a pleasure to listen to. The lyrics are brilliant and oh-so-Sondheim. For the music alone, I was thrilled to see this version of Company. And so very grateful that a Stephen Sondheim shared his incredible talents with us, so that we may enjoy his gifts of music and lyrics for years to come.

While the gender reversal in this Company revival worked just fine for me, the execution of the concept that was created, and the direction by the usually amazing Marianne Elliott, missed the mark.