Do You Have a Storage Addiction? 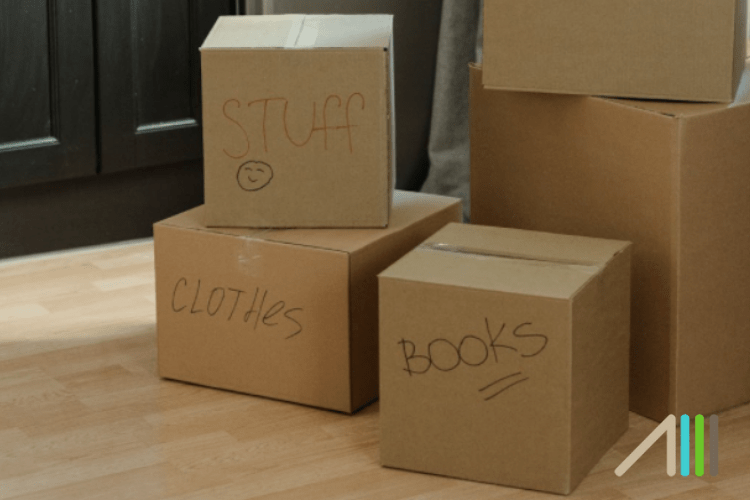 Welcome to Declutter Your Life. I’m your host, Andrew Mellen, and by the end of today’s piece, you will have everything you need to finally break that CRAZY addiction of keeping things in off-site storage.

The only time you should have things in off-site storage is when it is clearly a temporary move, and you are parking things knowing when you’re going to pull them out.

The average person keeps things in off-site storage for 15 to 22 months… and you have got to ask yourself, what are you keeping in that locker that you couldn’t replace in 15 to 22 months?

It certainly can’t be that old ratty Pottery Barn sofa or your high school yearbook or anything else that most people are keeping there.

The only kinds of things that belong in off-site storage would be fine art, with clear provenance in climate-controlled art-rated storage or possibly fine antiques that also are museum quality. If you had a collection of collectible cars and you don’t have a 20-car garage, then those could be off-site.

But for the most part, if you’re storing the stuff you see in Storage Wars, it means you’re just paying somebody else’s mortgage. You’re making somebody else very wealthy while making yourself very un-wealthy. So, we’ve got to do whatever is required to break this addiction.

I’m going to tell you that more often than not, when I do public events, I see folks who tell me, “Oh. I’ve got stuff in storage that’s been there for five to ten years”.

I have a new client who just reached out to me and said she has things in storage that have been there for 30 years! Short of serious heirloom antiques or art with significant value, what could possibly be in a locker for 30 years that would make it worthwhile to keep it there?

Talk about a deferred decision. You could have raised a child, sent them off to a university, and they could have a master’s degree or a Ph.D. by the time you pull those things out of that storage.

So, we have got to get really clear about what kinds of decisions you have deferred and what motivated you to put it in there. We don’t want to get lost in the “why have you put it in there?”. But I mean the motivation to defer that decision.

What was going on that was so tender or so overwhelming that that was the better choice? And then, how do we bring that back around today to climb in and make the decisions that you deferred?

I had another client who lost both her parents and grandparents in short succession. She just couldn’t deal with it, so she put everything in storage, but then, when I bought my first house in Harlem, New York, we brought everything from four different locations from Newton, Massachusetts, several places in Brooklyn, and one in Queens.

We brought it all into this empty house, and we spread it all out. She flew her kids in from where they all lived; they went through and picked out everything that they were going to keep. She shipped it off to them, and everything else went to some sort of a thrift store, a Goodwill place, and was donated.

And that is an ideal situation; not everybody can do that.

I understand you might not have a place to bring it all, but then what you want to be able to do is go to those storage spaces and pull everything out. Drill down box-by-box, shelf by shelf, tub by tub, and figure out what is in there and what you want to bring back and integrate into your life.

And if the truth is—nothing—don’t beat up on yourself about it.

Just acknowledge it as a choice you made in the past. And this goes for any sort of organizing that we’re talking about. Everything up until this point, and it could be this point of listening to this podcast—the past is the past.

You made the choices that you made, and there’s no point in beating up on yourself for what you’ve done in the past. We’re going to draw a clear line in the sand which is this moment, now, and everything in the future. That’s what you’re going to do.

Again, new behavior, new strategies, and new systems to not have the past come into the present or into the future.

So, we’re drawing the line in the sand. You’re going to dig through whatever is in those off-site storage spaces and integrate things back into your life in a way that’s useful to you and then let the rest of it go.

Understand that if you are holding on to things for “someday,” there’s no guarantee that someday is going to arrive in the way that you’re imagining it to.

And if you’re saving it for kids, for small children, you almost get a pass. Although there ought to be a place in your own home for you to store the things for small kids. But if you have grown adults at this point, it’s their stuff.

What I have advised other clients to do is put the locker in their name, pay the rent for six months, give them the key and say: “You’ve got six months to figure out what you want to do with this. I’m going to carry you for six months. After six months, it’s on you.”

I had another woman who attended an event when I was in Portland, Oregon. And she had a storage space, I think, for at least 10 years in New Orleans. Now, remember we’re in Portland. All the stuff that was in there belonged to her daughter, who’s living in Amsterdam in the Netherlands, yes in another country on another continent. She was crying when she was telling me the story. She spends hundreds of dollars every month on rent in a city nobody lives in for things that nobody wants.

She flew her daughter back to the States, and they spent a weekend in that locker. She sent me this amazing Facebook post literally three weeks after the presentation in Portland and said, “I can’t believe it took me this long. I brought my daughter into town, we dug through everything that was in storage. She took a few things back to Amsterdam, and we shipped them to her. Everything else was dispatched, the room was empty within two days, and I feel like a mountain has been removed from my back.”

It’s a drain and a drag on your pocketbook, and even though you can forget about it 29 days of the month. Every month when it hits your credit card, or you have to write that check, it’s got a sting. And the sting is where we really want to activate you because.

That sting is the prompt for you to make a different choice and do something else.

In the moment on those other 29 days, it’s just like a low-level hum in the background. It’s easy to ignore it. But once a month, when it hits your credit card, that is the time to really go, “No. Never again. I’m done with this. I don’t want this to happen again. Between now and the next monthly cycle, I am going to address this.”

And that’s a commitment to yourself. You need to leverage whatever sort of accountability you can, whether that’s again through this podcast community, or it’s through your own accountability buddy, or one of your friends or family members do what it takes to break the cycle.

Because you’re just dripping not only the money but your life-force out of yourself every month by delaying and delaying this process. It doesn’t serve you. It doesn’t.

There’s nothing about it that is building you up or launching you into the LIFE you want for yourself. It’s the thing that’s keeping you stuck and trapped.

You just have to take the first step. A body at rest stays at rest. A body in motion stays in motion.

Take the first step. Go to the storage space and start working. You will make the kind of progress that you want to make.

I am so happy to be with you and encouraging you along this path. I know that you can get done what you want to get done.