Connection Begins with Me 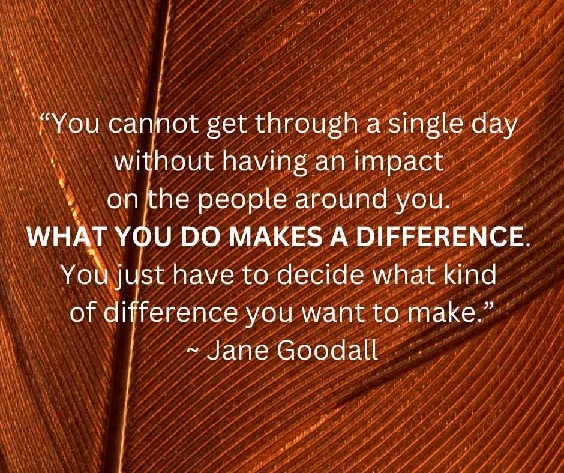 Do You Believe That What You Say Matters?

When I was in the seventh grade, I had an argument with my mother. She had wanted me to walk up to one of her friends and introduce myself. I was too shy to comply. In the moment, she let my reluctance slide. But later she told me that she had been disappointed.

“I had told my friend how poised you are for your age,” she began. “And I am always impressed by how you conduct yourself around adults. So why did you feel uncomfortable saying hello?”

I thought about it for a minute and then I replied: “I was scared I would say the wrong thing.”

What my mother said next has stayed with me: “What would have mattered most to my friend was that you spoke to her. It is the act of speaking that is the kindness, not the words you say.”

Are You The First To Say Hello?

When I moved to Manhattan from a lifetime in Texas five years ago, one of the biggest adjustments was curbing my enthusiasm to greet strangers on the street. “It’s just not done!” my New York friends told me. Part out of curiosity and part out of obstinance, I decided to test that premise.

Whether in the elevator of my building, at the mail room downstairs, or walking to the drugstore, I acknowledged the existence of others.  Sometimes, I spoke. Sometimes I nodded. Sometimes I made eye contact. Sometimes, I held a door for them to pass. And often I simply smiled.

About 50% of the time, my greetings were reciprocated. That statistic was far higher than I expected. What did it tell me? That even in the largest city in the U.S. with 8.5 million people, the need to connect existed.

I had been warned that my saying hello first would be misinterpreted. Imagine how delighted I was then — and have been since — that New Yorkers appreciate feeling seen. If the pandemic has taught us anything, it is that we are indeed hardwired to be connected.

What Can I Say to A Stranger?

I confess that I am guilty for beginning many conversations about the weather. It’s a safe subject, and thankfully can’t be politicized!

And when you wish to take your greeting a step further, a tried-and-true approach is to extend a compliment. It can be about anything…clothes, hairstyle, expressions, or style. I have not yet found a person who isn’t thrilled to have their child or pets referenced in a positive way!

Hospitality Begins with Me

Recently, I took a trip to Asheville, North Carolina to see the Biltmore House. Besides the delight of visiting such an architectural wonder, I reveled in the five-star restaurants.

After one especially memorable dinner at Bargello’s in the Kimpton Hotel (yes, it’s worth a side trip!), I was standing at the door, pondering how to get a taxi in the rain. Up walked the manager. He first inquired where I was from, how I had enjoyed the meal, and then offered to walk me outside with an umbrella to hail a cab.

“You don’t have to do that,” I protested.

“I insist!” he said. “Hospitality begins with me.”

But he did all those things. His words and his actions made an impact…a very positive one. His commitment to hospitality was also a commitment to connecting.

Connection Begins with Me

We have the opportunity every day to be just like the restaurant manager. How? By being thoughtful, interested, and proactive.

Will I go back to Bargello’s in Asheville? Yes. In a heartbeat. For the food. For the culture of caring about customers. And for the positive impact the manager made on me.

Do you have a similar experience? Please share it with me at Ann@AnnLouden.com