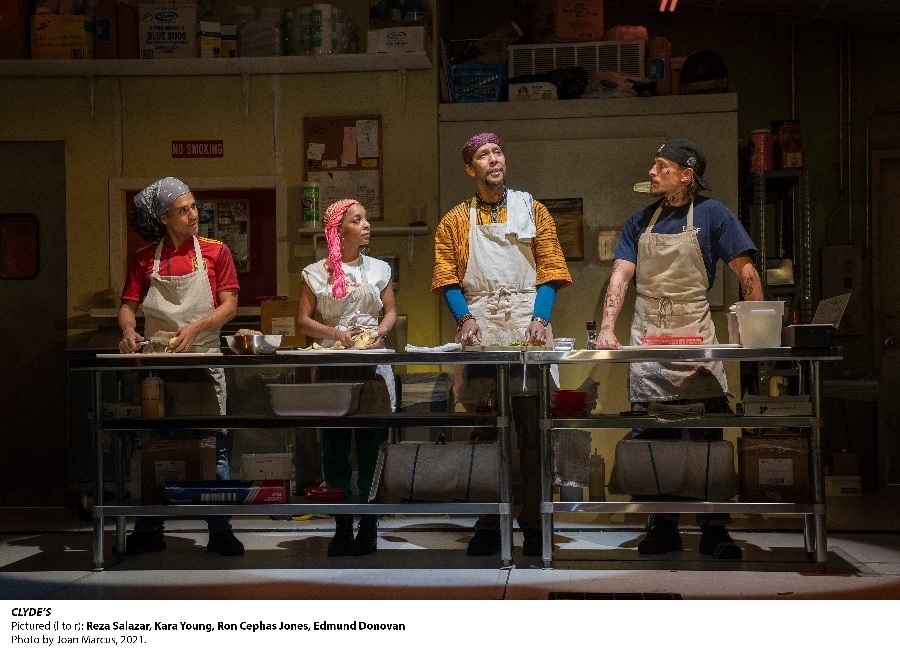 I have been a fan of playwright Lynn Nottage, as she has written some searing and intense pieces over the years. Her latest play on Broadway, Clyde’s, doesn’t quite hit the mark set by the bar of her other works.

Clyde’s is a comedy, rife with social commentary, about a truck stop somewhere in Bucks County, Pennsylvania, run by the larger-than-life Clyde, who just wants to grind out basic meals to a steady clientele, with no interest in artistry or culinary brilliance.

Her kitchen staff have other ideas, especially the head cook, who is the voice of reason in the group.  A calm, spiritual presence, Montrellous, played by the fabulous Ron Cephas Jones, leads the team in talking about creating the perfect sandwich.

Each short line cook throws out their concept of an ideal sandwich, a fantasy for them, as they go through the drudgery of slapping together basic truck stop fare. 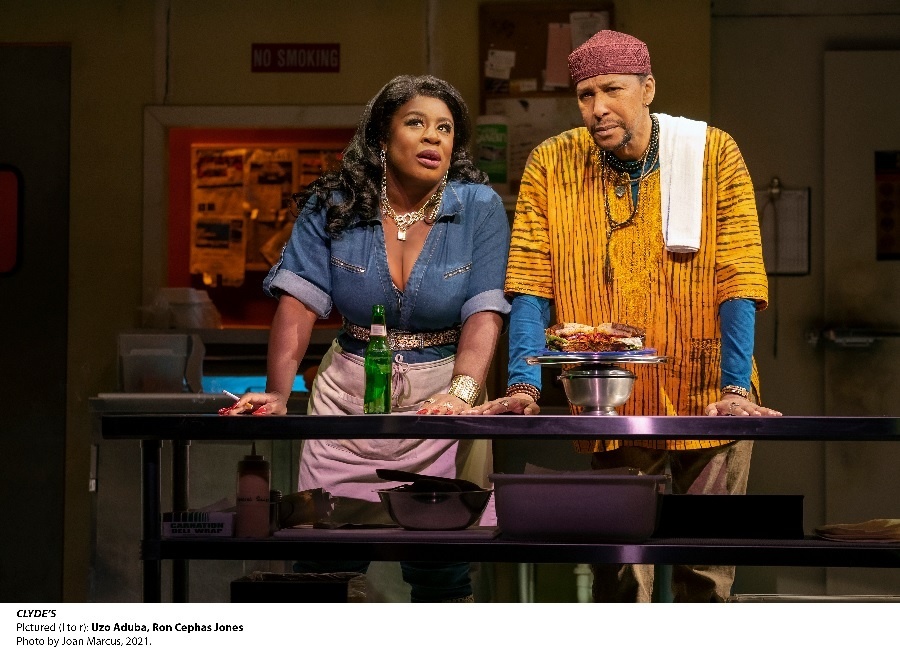 I am always partial to seeing food prep happen on stage, so that was fun to watch, as the entire piece takes place in an industrial kitchen.

Uzo Aduba prowls the stage as Clyde, the force of nature woman who owns the joint. Formerly incarcerated herself, she hires ex-cons and gives them a chance, when no one else will. The cooks pay the price, though, as Clyde sees fit to verbally abuse them, keeping them down, lording over them that she is the boss and owner, while they are mere underlings. An interesting study in human behavior, for sure.

Montrellous keeps the equilibrium in the kitchen. Letitia (Kara Young), the mother of a disabled child, Rafael (Reza Salazar), who pines after Letitia, and a later addition to the staff, Jason (Edmund Donovan), a white ex-con with tattoos all over him, will take the abuse to keep the job that they really need.

The piece, directed by Kate Whoriskey, is entertaining enough, but it seems like s slice of life play rather than a story with an arc. Each character is well defined, with an ending that is curious. The entire cast is stellar.

Clyde’s is performed without an intermission; however, it can benefit by a 10-minute cut.

While Clyde’s runs through mid-January. the producers have announced simultaneous streaming tickets from the theatre, live, available to purchase for the last two weeks, from Jan 4-Jan 16