Chicken and Biscuits: From Queens to Broadway 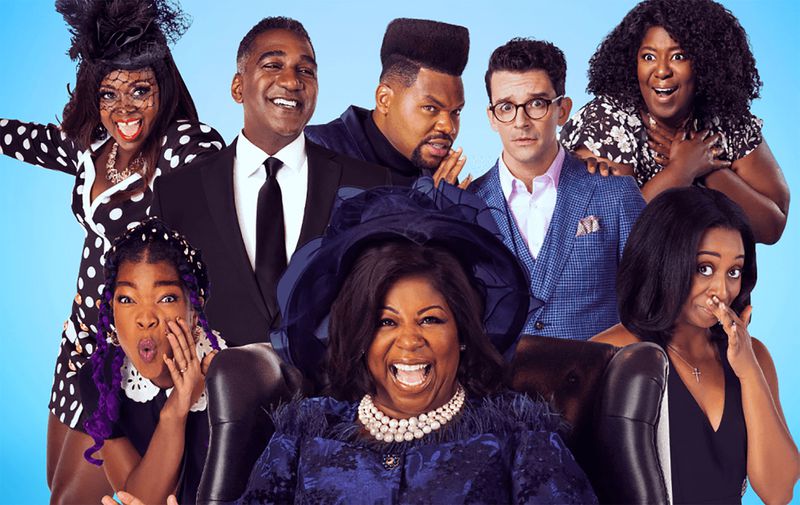 As Broadway re-opens with ebullience, providing us the opportunity to once again be in a theatre, I have happily sashayed from Broadway theatre to theatre in the past few weeks.

I’m excited to report that each show I attended was packed. It is comforting to see Covid officers orderly and efficiently checking every person entering the theatre for vaccination cards. Patrons are wearing masks and complying. It is a very civilized process.

I’ve heard some people say they don’t want to sit in a theatre with a mask. But isn’t that what we currently need to do to have a safer society? We must wear masks on buses and trains, and of course, on planes. It’s time now to meld our previously ‘normal lives’ with the ‘new normal’ way of living, existing side by side this unrelenting virus and its mutations. We must stay safe and move on.

Which brings me to one of the first new shows I have seen: Chicken and Biscuits.

Last year, just days before the pandemic shut down Broadway, I had the opportunity to see a little play at the Queens Theatre, a playhouse snuggled in Flushing Meadows Corona Park that I didn’t even know about. It was the early incarnation of Chicken and Biscuits and I loved it. I thought it was funny, sweet, and a piece that could be further developed and perhaps made into a television sitcom.

I was delighted when I learned that it indeed was developed, capitalized for Broadway, and making its way to the Circle in the Square Theatre. In fact, some celebrity producers jumped on board; husband and wife Nick Jonas and Priyanka Chopra joined an already robust team of producers. The fabulous Norm Lewis was announced as one of the leads, as was the hilarious Michael Urie.

Chicken and Biscuits is about a family. It could be any family, but this is an African-American family, headed by a preacher dad, a religious mom, her wacky sister and self-absorbed niece, a judgmental daughter who has gone through a breakup, and a gay son (that no one knows is gay) with a white boyfriend. The revered and beloved patriarch of the family has passed away, and the family is preparing for his funeral. Only…there is a twist…a mysterious caller indicates that not is all is as it seems. Chicken and Biscuits is a play that makes you smile as the quirky characters provide sufficient comic relief.

Some of the original Queens cast have made it to the Broadway production, including the hilarious Aigner Mizzelle as La’Trice, the teenage daughter of Aunt Beverly Jenkins, played by the marvelous Ebony Marshall-Oliver, and a nuanced Alana Raquel Bowers, playing sophisticated daughter Simone Mabry. The incredibly talented Norm Lewis takes the stage with his powerful presence as Reginald Mabry. The creative team was smart to give Mr. Lewis an opportunity to share his astounding voice in this version of the play.

Michael Urie, as Logan Leibowitz, does not disappoint in the role of the boyfriend of Kenny Mabry (Devere Rogers) meeting the family during a time of grief.

Written by Douglas Lyons, it is refreshing to see a comedic play about a family that is as full of love and forgiveness as it is full of flaws.

Chicken and Biscuits is directed by Zhailon Levingston. It’s always a challenge to direct a play presented in the round, and in this case, some of the sight gags were lost on portions of the audience. The characters are directed to be larger than life and often quite farcical, which can head towards creating stereotypes and caricature in the performances.

Having seen the original version, I felt that this script may have been overwritten. There is a very long scene, with too many family members delivering eulogies. That laborious scene caused the play to lose steam and started to lose me. Suddenly, it seemed like we were no longer in a play, but in an endless lesson in church.

This play is quite lengthy to begin with and there is no intermission. It runs a bit over two hours.

In the end, despite its numerous issues, Chicken and Biscuits is a feel-good show that can very likely be headed to a sit-com universe.