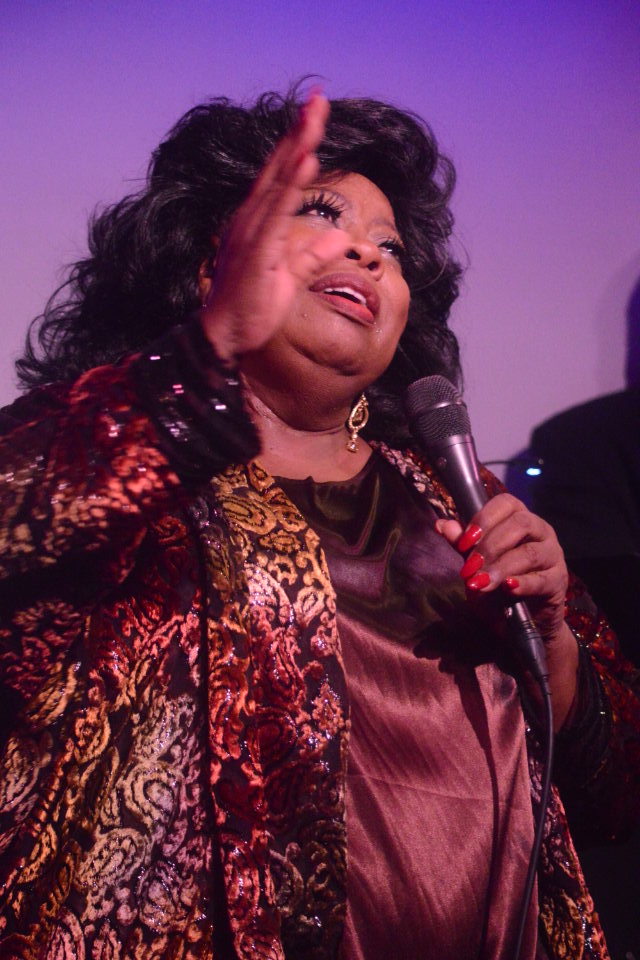 The iconic Carol Woods is full of fun but it’s much more involved than that. In a tribute to her longtime friendship and alliance with the Whitings – – Richard, Margaret (her mentor) and Debbi – – she tore the house down at her opening night at the Metropolitan Room on August 1 celebrating the memorable music of Richard Whiting. It’s really a love story of chain reactions.

After her long stint as ‘Mama’ Morton on Broadway in Chicago, it was time to carve out a new path. How natural it was to take a step back to where she learned all about the songs from the Great American Songbook and their interpretation from the invincible Margaret Whiting when they met in 1983. Of course, Margaret’s father, the prolific composer Richard Whiting’s music, more than sparks a chord of desire to sing them all.  She was tutored by the best.

With heart-warming backstories, like meeting little Debbi (now keeper of her mother Margaret’s Estate) when she was 3 years old, knocking on Carol’s door asking (no, demanding) fried chicken! And the icing on this cake . . . I mean, the gravy on the chicken, is the addition of Tex Arnold on piano. Tex, after all, had been Margaret’s musical director for nearly 25 years. What a wonderful intertwining of talent and lives.

Carol Woods is a fine, fine singer and actress – blues, jazz, Broadway – with a long list of credits in the biz. When she sings, it’s with great heart and spirit, not to mention her amazing vocal expertise.

Carefully choosing Richard Whiting material, all with memorable arrangements by Hubert ‘Tex’ Arnold, his band, including Saadi Zain on bass and Steve Singer on drums, made the evening fly by with songs from the 1920s and 1930s. Songs like “My Ideal” (the first song Margaret recorded) with music credit shared with Newell Chase and words by Leo Robin (1930), was presented bossa style and “Have You Got Any Castles, Baby?” – words by Johnny Mercer (1937), showed off Ms. Woods impeccable range in this tale of woe.

Talk about story songs, 1928 “Sittin’ On the Curbstone (Blues)” {words by & music credit shared with Haven Gillespie & Seymour Simons} . . . watch out for that cleaver! and “She’s Funny That Way” (1928), in reverse roles with words by Richard Whiting/Music by Neil Moret where Carol Woods wailed to the heavens and rightfully received a standing ovation. Oh Mama!

And so it went, as Ms. Woods mesmerized her audience with tunes that also included “Breezin’ Along with the Breeze” (1926 – words by and music credit shared with Haven Gillespie/Seymour Simons); the quintessential “Too Marvelous for Words” (1937, words by Johnny Mercer) or a newly found unpublished Whiting song “A Day Away From Town” with words by Gus Kahn/melody harmonized by Hubert ‘Tex’ Arnold (2011).

Ably directed by Scott Coulter, this was one unforgettable evening of song and talent and, gratefully, will be repeated August 8, 22 & 29 at 8:30 pm. You don’t want to miss this one!!