Our Broadway Babe, Randie Levine-Miller, has unearthed some truly nostalgic performances including Donna McKechnie‘s first club act; a Broadway themed concert with Brian Stokes Mitchell; Kitty Carlisle Hart at almost 90 reminiscing in song and stories and a TV show with Sid Caesar, from 1957! Enjoy some of these gems.

From 2004, “Broadway Under The Stars”, A truly delicious, upbeat musical theater concert in Bryant Park, which aired on WCBS-TV, hosted by Dana Tyler and Bronson Pinchot…Starring: Brian Stokes Mitchell, Sutton Foster, Raul Esparza, Carolee Carmello, Liz Callaway, Kenita Miller, Anika Noni Rose, Tom Wopat, with musical direction by Phil Reno. From the moment Brian Stokes Mitchell opens with “June Is Busting Out All Over”, we know we’re in for a treat… with one show stopping number after the next,  sung by some of Broadway’s best show stopping talent!

This was broadcast in 1999 on PBS TV, after the sold-out concert was videoed at the New Victory Theater in New York City… With the great Alex Rybeck at the piano, she sings and reminisces about her long stage and film career… Her friends were the American musical theater, i.e., George and Ira Gershwin, Irving Berlin, Cole Porter, Jerome Kern, Leonard Bernstein, Lerner and Lowe… She knew them all, and she was married to playwright, Moss Hart, who collaborated with some of these songwriting giants. As a storyteller, she is totally mesmerizing at age 89. The voice isn’t what it was, at this point in her life, but it doesn’t matter. After all she’s the elegant and great lady, Kitty Carlisle Hart, who also served on the New York State Council on the Arts for 20 years and was a regular panelist on “To Tell The Truth”.  Question: So did she have an affair with George Gershwin??

Experience this trip down TV memory lane.  From 1957, “Caesar’s Hour”, starring Sid Caesar, a sketch comedy TV program that aired on NBC TV from 1954 to 1957.  His costars include Carl Reiner, Janet Blair, Nanette Fabray, Howard Morris, Pat Carroll, Shirl Conway, Milt Kamen.  The program was written by young talent on the rise then, some of whom became show business legends, including Mel Brooks, Neil Simon, Larry Gelbart, and Gary Belkin. This is 65 years ago, and the ageless Mel Brooks is still creating, at age 96!

“A Chorus Line” Tony Award winning musical star, Donna McKechnie, is a walking piece of musical theater history. She sings and dances in this 1980 video, performing her first cabaret show at the then popular club, Les Mouches. She sings many of the songs that she performed in various musicals, and of course, ends with her showstopping “The Music in the Mirror.” Although the picture in the video is not that clear, you will still get it and enjoy her joyful, dancing through life, enthusiastic performance. Remember this is 42 years ago and she was not as seasoned as she is now, and believe it or not, her voice today is better than ever! Knowing Donna and seeing this, is a true treat for Broadway, dance, and Donna McKechnie fans, and I am one of them! 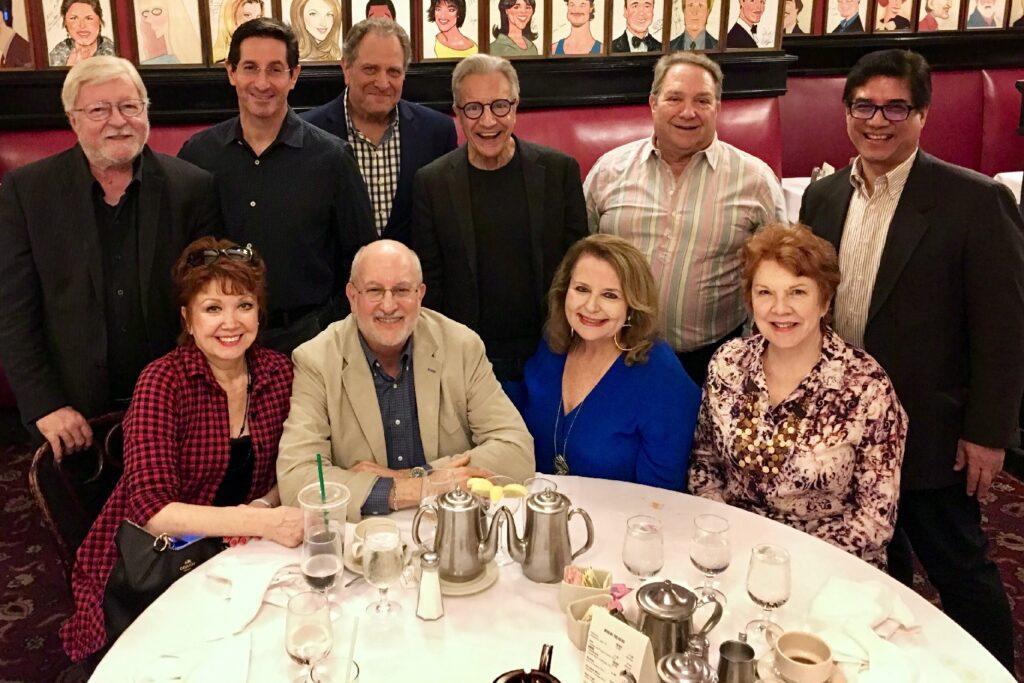