Our Broadway Babe, Randie Levine-Miller, is at it again, unearthing some wonderfully nostalgic YouTube video finds, including: The Hollywood Palace with Fred Astaire and Ethel Merman; The Friars Club Roast of Johnny Carson; the Kennedy Center Honors Barbra Streisand; and Gwen Verdon, along with Lee Roy Reams in “The American Dance Machine”.

The Friars Roast of Johnny Carson

This is real show business history where you see many of the comedic greats of yesteryear… From 1968, “The Friars Roast Of Johnny Carson,” with a star-studded cast of legendary performers who, unfortunately, are no longer with us. Then Mayor John V. Lindsay (looking movie star gorgeous) introduces the Roast. Carson is the guest of honor and is roasted by Roast Master and former Alan King and other comic legends including Groucho Marx, Don Rickles, Flip Wilson; along with Ed McMahon, Steve Allen and Ed Sullivan. Friars tradition is “you only Roast the ones you love” and that comes through on this show. After Carson is roasted, he then comes back at them with his barbs.  This entertaining Roast was not X-rated, which was the tradition of the Roasts, as it aired as part of the Kraft Musical series on NBC-TV, but it is still quite wonderful, and very watchable.

Sidebar:  I joined the Friars Club in 1993, when some of the great comics were still with us. I remember Red Buttons, as well as, Shecky Greene, Freddy Roman, and Gene Baylis, plopping themselves down at my table, where I’d be hosting my lunch guests, and sharing stories and doing schtick.  It was a wonderful and different world. I produced a “celebrity luncheon series” beginning in 2004 with Alan KIng as the first honoree… his topic: “From where I stand…… up!”

From 1966 “,” hosted by Fred Astaire on ABC-TV, was a popular Saturday night variety show.  Featured on this show is legendary Broadway star, Ethel Merman who sings a few showstoppers, and then does a duet medley with Fred Astaire, which is a must see. She and Astaire singing together is a real treat, as they never worked together before, their medley is priceless. Jack Jones sings two of his big hits in his suave, crooner voice and is superb.  Marcel Marceau, the world-renowned mime, does what he does. Pat Morita does comedy.   And then there’s a French balancing act and tumbling acrobats. A traditional variety show. Unfortunately, they don’t make them like this anymore!

From 2008 –“The Kennedy Center Honors Barbra Streisand” aired on CBS-TV, which is always a terrific program.  Stars paying tribute include: Glenn Close. Queen Latifah, Idina Menzel (sounding more like Lea Michele, currently starring as Fanny Brice on Broadway in “Funny Girl”) singing “Don’t Rain On My Parade”, Beyoncé singing “The Way We Were’, and you can see Streisand (with husband James Brolin) is genuinely moved by this tribute.  Kelli O’Hara and Nathan Gunn sing “Somewhere” from West Side Story which has become the song of hope, from “West Side Story”, written by Leonard Bernstein and Stephen Sondheim, who were both also honored by the Kennedy Center. “Somewhere” is further enhanced by a magnificent chorus, backing up the singers. FYI: Streisand does a magnificent job of this song on one of her recordings. It was the perfect finale to her tribute.

Musical theater and dance aficionados will absolutely adore “The American Dance Machine” which aired on Showtime in 1981, with legendary Broadway musical and dance star, Gwen Verdon, hosting and performing along with some other great talent, including Broadway’s favorite song and dance man, Lee Roy Reams, singing and dancing with Gwen; Wayne Cilento, Janet Eilber and John Jones. Dance routines from some of Broadway’s greatest musicals are recreated including: “George M”, “Carousel”, “The Boy Friend”, “Finian’s Rainbow”, “No, No Nanette”. One of the most delightful highlights of this show, is seeing Gwen Verdon and Lee Roy Reams dancing “The Continental”. The Dance Machine was created by Lee Theodore with the purpose of re-creating the original dances from the original Broadway shows. 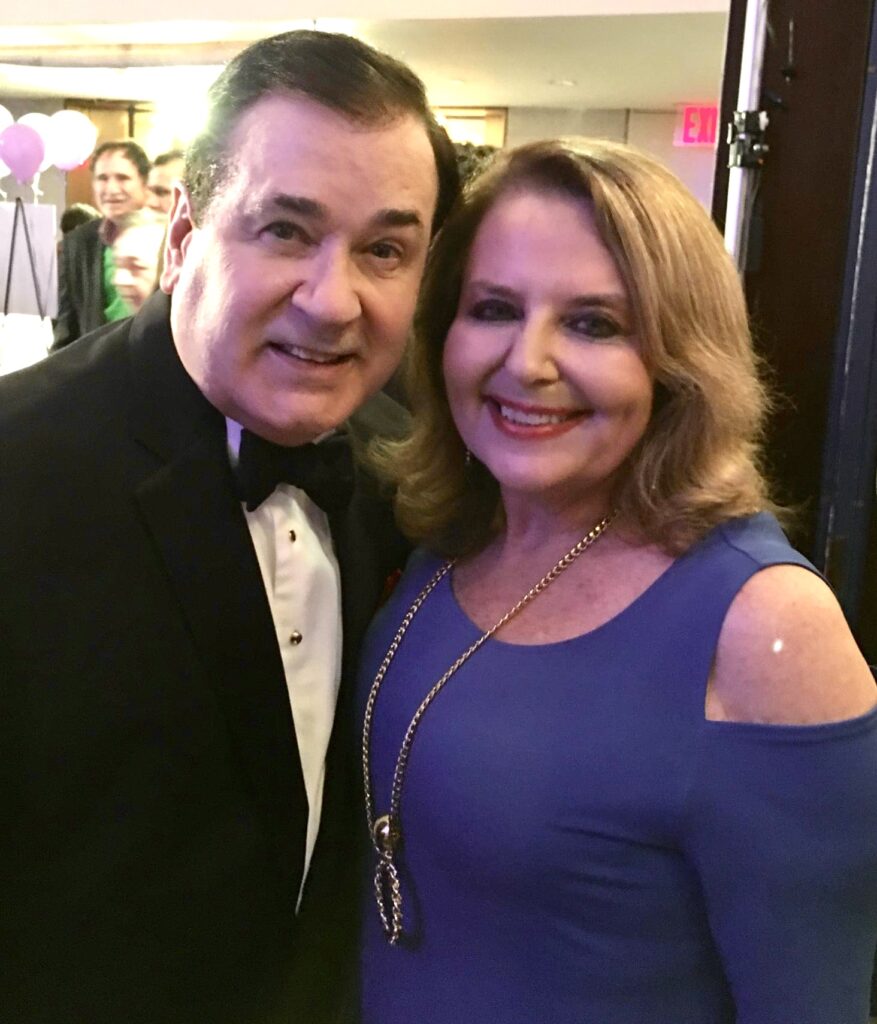 Sidebar: Producer Doug Denoff and his team are hoping to bring a revised version of this amazing show to Broadway, and I hope they succeed. This is cultural history at its finest and is definitely most entertaining!