Since the release of the Elvis movie, we are all obsessed (again) with the legend. Our Broadway Babe, Randie Levine Miller, has unearthed a fabulous Elvis BBC documentary of his Vegas years.  And there’s more: a star studded salute to Broadway by some of the greats performing at the White House, a delightful “Golden Girls” reunion; and she’s celebrating Annette Warren who just turned 100, with this video of her performance at the age of 95, at 54 Below – and Randie was there! Enjoy!

“Elvis: The Rebirth of the King”

is a 2017 BBC documentary focusing on his Las Vegas years, which started in 1969, which turned out to be a musical renaissance for the King, who reached his peak as both a singer and performer. The film tracks his 5 years with some of his key musical and artistic collaborators of the period, including the creator of his most memorable jumpsuits! Elvis Presley was considered the greatest interpreter of the American Songbook… And his popularity hasn’t waned.  The new movie about his life has gotten rave reviews and is introducing a whole new generation to his music. Included in this documentary are lots of clips, including Elvis’ 1956 appearance on the Milton Berle Show.  A fascinating film!

In Performance at the White House: A Salute to Broadway Showstoppers

From 1988, this show featured performances from five great ladies of the theater: Dorothy Loudon, Elaine Paige, Jennifer Holliday, Bea Arthur and Mary Martin (then celebrating her 50th anniversary in show business). They all sing songs they’re associated with… all authentic showstoppers! Mary Martin was 75 here and not in the best voice, but she’s a trooper and she pulls it off, even with “My Heart Belongs to Daddy” which made her a star. The program is hosted and musical directed by Marvin Hamlisch, who at age 44, was looking and sounding great, especially with his delicious personality.  President and Mrs. Reagan adored him and it shows. The President calls Marvin “the marvel himself”!  And indeed, he was.  This is such an upbeat evening and was broadcast on PBS-TV.  A perfect fit for Tomatoes who love Broadway!

Sidebar:  My old friend, Marvin Hamlisch, was the music counselor at Camp Geneva in the 1960s… I actually think that some of his best work happened during those four summers that he was there. I always knew he was destined for greatness and we all loved him… At that time, the Broadway musical, “Bye Bye Birdie” was very popular. We would substitute Marvin‘s name for the Conrad character in the Broadway show.. as Marvin would walk into the dining hall and all of us would stand up and sing: “We love you Marvin, oh yes we do… We love you Marvin, and we’ll be true… When you’re not near us, we’re blue… Oh Marvin, we love you !” …. On August 6, it will be 10 years that Marvin Hamlisch died.  “Memories light the corners of my mind… Misty water colored memories of the way we were.”

This aired on Lifetime in 2003, and it’s a delight from start to finish.  It features Bea Arthur, Rue McClanahan and Betty White reminiscing about their 7 years together, along with Estelle Getty (who doesn’t appear).  The show was timeless and of course, now, we Tomatoes of a certain age, can relate! The special features some of their greatest moments, as well as bloopers and out-takes.  The program is a wonderful escape from today’s challenging times.  A must not miss for Tomatoes!

OMG, what a total treat! In 2017, Annette Warren wowed the audience at Feinstein’s/54Below, at age 95, after she hadn’t performed in New York in 59 years, and I was there, not knowing what to expect.  The promotion said she was the singing voice of many movie stars, including Lucille Ball and Ava Gardner.  She proved to be the consummate all around entertainer, looking beautiful, as she shared great show business stories and anecdotes…. and what a great interpreter of the American Songbook.  And she sat down and played the piano while singing some of the songs.  Her musical director was the much lauded, excellent John McDaniel. I was mesmerized and bravoing, as I was astonished watching this extraordinary performer, who I had never heard of.  She just turned 100 on July 11, and someone was thoughtful enough to post this incredibly memorable cabaret act!  Hope you enjoy it as much as I did! 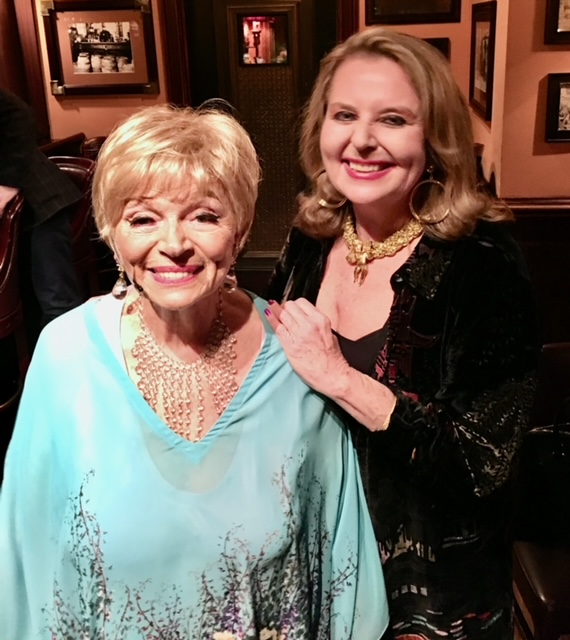