Our Broadway Babe has some classic picks today. There’s Mickey Rooney in a stage performance of The Wizard of Oz. And Burt Reynolds interviewing some of the movie stars of old, including Jane Powell. And check out the photo of Randie’s mother with Jane Powell. And there are some fab clips of a British version of Funny Girl, starring Sheridan Smith. and Randie’s Funny Girl commentary (she is somewhat of an expert on the topic.) Enjoy!

The Wizard of Oz on Stage

Although nothing can replace the 1939 movie classic, this The Wizard of Oz, which toured around the country in1999, is quite energetic and delightful, and actually had a life of its own. This is the video from the production that played the Pantages Theater in Hollywood, with a brilliantly cast, 17 year old, Jessica Grove, plus Mickey Rooney as the Wizard, and the hilarious Jo Anne Worley as the Wicked Witch. Originally presented at the Papermill Playhouse in Millburn, New Jersey, by their excellent director, Robert Johanson, Tomatoes, I feel, will enjoy this truly delicious nostalgic musical!

A Panel Discussion for some of the Movie Stars of Yesterday

A fun Tomatoes treat, seeing these greats of yesteryear in conversation with Burt Reynolds which  aired as a CBS-TV Special in 1991. In this panel discussion are authentic movie star royalty: Ginger Rogers, June Allyson, Esther Williams, and Jane Powell…Viewing this, you would think that these legends are best girlfriends. (actually, June Allyson and Esther Williams were close — Esther taught shy June how to be more assertive!) These women talk about their personal lives and loves. And they really dish, with Reynolds moderating. It was written by the brilliant, hilarious, Bruce Vilanch (if you don’t know who Bruce is, Google him… there’s also a documentary about him).

In 1991, Ginger, at 80 and Esther, at 70, and are no longer their svelte selves, but June Allyson looks really good at 74 and Jane Powell, at 62, (who died recently at 92) is absolutely gorgeous and as delicious as ever. They talk about husbands and lovers…my kind of gals! 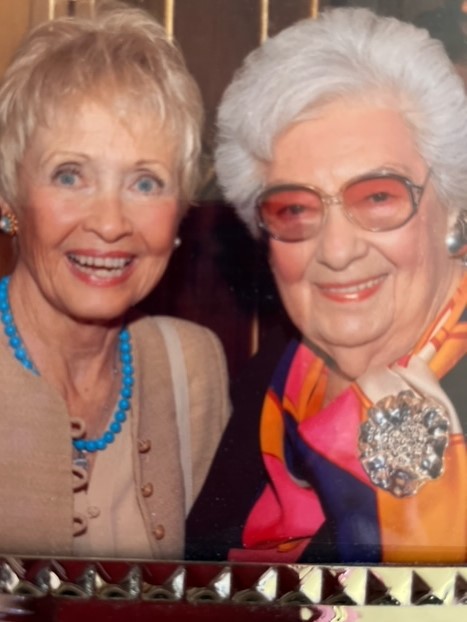 Jane Powell at 78 with my mother, Mimi Levine, at 92 years old, at the Friars Club celebrity luncheon I produced in honor of Jane Powell in 2007.

Sidebar: I knew the exquisite, yet down-to-earth Jane and her husband, Dickie Moore at the Friars Club. She also lived down the street from me.I’d see her walking in her shorts in the neighborhood (with her still girlish figure) blending in with other upper westsiders. Jane and Dickie (he was her fifth husband!) were very humble, warm, and real. They were in the audience at many of my Friars events. One of my Friars highlights was producing a celebrity luncheon in honor of Jane Powell in 2007,  with ABC-TV’s Joel Siegel doing the interview. The Friars dining room was packed.  A few months later, Joel died at age 54 of colon cancer. He spent some time with my mother that day at the Friars and shared with her, that he just wanted to live long enough to see his son bar mitzvah. Unfortunately, that wasn’t to be. Joel was one of the sweetest and menschiest men in television.

“Hey Mr. Producer — The Musical World Of Cameron Mackintosh” – (From 1998) Stars from both sides of the pond celebrate the man behind so many big musicals. Julie Andrews hosts this delightfully entertaining concert benefit for the Royal National Institute of the Blind. It features performances from many of the hit musicals that Mackintosh has produced, including: My Fair Lady, Oliver, Little Shop of Horrors, Song and Dance,The Boy Friend, Miss Saigon, The Phantom of the Opera, Follies, Oklahoma, Carousel, Cats and Les Miz. There’s also a segment devoted to the work of Stephen Sondheim.  Some of the stars participating include: Bernadette Peters, Jonathan Pryce, Patti Lupone, Maria Friedman, Lea Salonga, Colm Wilkinson, Hugh Jackman, Judi Dench, Elaine Paige, Millicent Martin, Michael Ball.  This is a true find that I think sister Tomatoes will really enjoy! 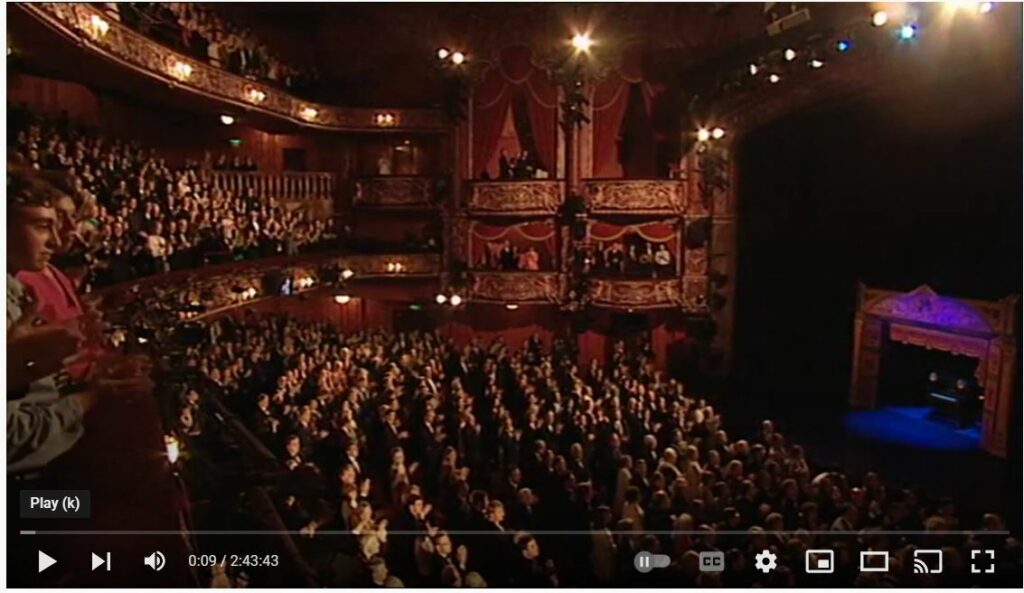 The British Version of Funny Girl

This is an excellent video of the British version of “Funny Girl” starring Sheridan Smith, which was produced by the Menier Chocolate Factory, and directed by Michael Mayer, with a revised book by Harvey Fierstein.. It was a huge hit in London. Mayer also directed the current Broadway version starring Beanie Feldstein, which just opened and got clobbered by the critics. How can the same director and bookwriter have a hit in London and a mostly panned Broadway version of the same show?? Don’t get me started!  One of the London critics said Smith is “one of the most exciting actors on the planet”…. something I really don’t see from this raved about film of the show.  But my sister Tomatoes may feel differently.  But this is definitely “must” viewing for “Funny Girl”, and Jule Styne/Bob Merrill fans!

Sidebar: I saw the original Broadway version, starring Barbra Streisand several times and adored it… plus I had a crush on Sidney Chaplin who played Nicky Arnstein (he and my dad, were the best of friends in the 60’s– they played cards together and also went to the track together and sometimes, composer Jule Styne would go with them!), so I would often second act the show and wait to say hello to Sidney, after the show.  I still have this image of Streisand descending the backstage stairs of the Winter Garden and thought she was absolutely “gorgeous” and couldn’t understand why others didn’t feel the same way. To me, she looked like a perfectly coiffed star!

As for Streisand being the “only one” identified with the role, I totally disagree. I saw the extraordinary Mimi Hines, who replaced her. She was incredible and made the role her own — that unique voice and her comedy and acting skills were perfect.  And after a few minutes of watching the show, I completely forgot about having seen Streisand.

I had a similar reaction when 20 years ago, I went out to the Papermill Playhouse to see a first class production of “Funny Girl” with the astonishingly brilliant, Leslie Kritzer.  The show was rumored to be coming to Broadway with producer Roger Berlind at the helm. But it never happened and I don’t understand why.  The sets and costumes and the excellent cast could have easily made the transition to Broadway.

And, on another note: dear friend, legendary producer of “Grease”, Ken Waissman went to Paris in 2019 to see uber-talented Christina Bianco do a most exemplary Fanny Brice. Critics and audiences alike adored Christina’s performance.  I often said to her that she was born to star in “Funny Girl”, but I was thinking Broadway, not Paris!!!!

I’m not going to trash either Beanie or Sheridan Smith… Please note that Beanie is going on vacation this weekend after opening this past week … I’ve never heard of a “star” taking time off immediately following her opening on Broadway… This is a new “tradition” for most of us!

Note:  Depending on what device you are viewing this on, you may be able to watch the full performance here:  https://www.youtube.com/watch?v=T-2HR33V44Y

If not, here are some wonderful clips from the show.