Our Broadway Babe, Randie Levine-Miller, has unearthed some incredibly entertaining finds, including a musical tribute to Angela Lansbury; showstopping performances from the 2012 Tony Awards; Stephen Sondheim‘s musical, “Merrily We Roll Along”; and “This Is Your Life”, Danny Thomas!

From 1954, “This Is Your Life”, was a popular show in the 1950s. Danny Thomas (father of Marlo Thomas) is honored in this episode. He was an American actor, singer, night club comedian, producer and most importantly, one of the greatest philanthropists in show business. Some of us baby boomers watched and loved his “Make Room for Daddy” TV show (later called “The Danny Thomas Show”) that ran for 11 years. He was the force and the founder of Saint Judes Hospital. He was a very religious Catholic who early on, while struggling, prayed to St. Jude Thaddeus, the patron saint of hopeless causes. Danny asked the saint to “help me find my way in life and I’ll build you a shrine”,  which he did!. It has become one of the most worthwhile charities to donate to. I was all gooseflesh and teary-eyed watching this episode.  The hospital opened in 1962 (60 years ago). So in 1954, when this was broadcast, it hadn’t been built yet. Don’t miss learning about the most extraordinary Danny Thomas!

I’m not sure how I stumbled upon this most incredible and entertaining video of musical highlights of the 2012 Tony Awards, which aired on CBS-TV.  The show is hosted by Neil Patrick Harris who is a total delight as he sings and hosts his way through this fabulous awards show. I know that every musical theater fan will enjoy this. Highlights include: Audra McDonald and Norm Lewis performing from “Porgy and Bess”; a delightful and hilarious opening number from “The Book of Mormon”; a big production number from “Newsies” with Jeremy Jordan and the cast; Kelly O’Hara, Matthew Broderick and the cast of “Nice Work If You Can Get It” doing a showstopping song and dance; Danny Burstein doing his showstopping number from the revival of “Follies” and Raul Esparza leading his cast in a big number from “”Leap of Faith”… along with performances from the revivals of “Evita” and “Godspell”.  Please note that prolific composer Alan Menken wrote both “Newsies” and “Leap of Faith” that season! 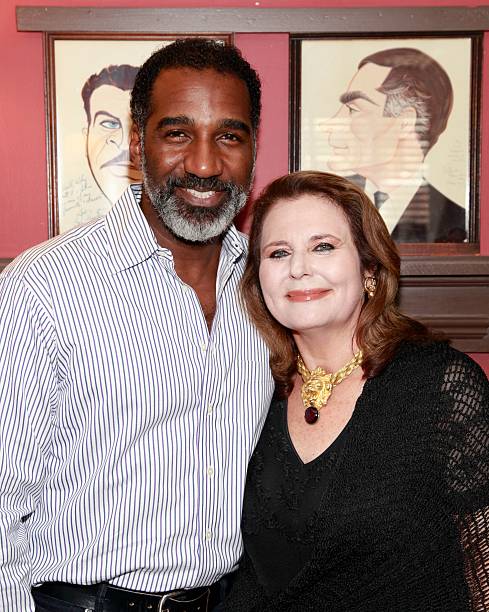 Sidebar: In June 2012, I produced and hosted a benefit afternoon for The Actors Fund at Sardis … with Norm Lewis, Broadway’s Porgy and myself in conversation, after his Bess, Audra McDonald had to bow out. She had been out of the show that week, unbeknownst to me, due to a throat issue. It was originally supposed to be a conversation between Porgy and Bess. However, it became an afternoon of Porgy and Randie starring in “The Book of Norman”. It was a full house and nobody asked for a refund ! During the interview, Norm expressed his desire to be the first black Phantom on Broadway and a few years later, that became his reality. As our conversation was ending, Norm called me “the white Oprah!”.  A most memorable afternoon, indeed!

We recently lost one of the great ladies of the American theater… Angela Lansbury was a true icon…a legend, a class act in all ways and one of the most revered and beloved women of the theater, as well as film and television… We all thought she would live forever… But she didn’t… However, she did have a good life and was lauded everywhere.  No one ever said a bad word about Angela.  I know that my friend, Len Cariou, who was Sweeney Todd to her Mrs. Lovett absolutely adored her and she adored him.   She was true theater royalty.

In honor of Angela Lansbury, I’m posting a most wonderful Kennedy Center Honors tribute segment to her from 2000, that aired on CBS-TV, with some of Broadway’s luminous voices singing songs from several shows she was associated with. Performers include: Nathan Lane, Len Cariou, Donna Murphy, Karen Ziemba, Marin Mazzie, with Glenn Close hosting the segment.  Truly worth watching!

Sondheim’s Merrily We Roll Along

One of my most favorite finds, ever!…The London production of Stephen Sondheim’s “Merrily We Roll Along”,  produced by the Menier Chocolate Factory in 2013, and directed by three time Olivier Award winner, Maria Friedman. This is an excellent video, professionally done… Not to be missed, especially if you are a Sondheim fan. You will see some unforgettable brilliant performances and the most delicious and melodic Sondheim score. Why it originally flopped in New York is something I will never understand, but it’s coming back this fall, in a small production Off-Broadway and will be a hot ticket.   The poster for the original Broadway production, can be found on the walls of Joe Allen’s restaurant in New York, where their walls  are decorated with posters of flop shows.  This is one of my most favorite musicals and I must alert you to one of the best overtures — On a par with the overtures of “Gypsy” and “Funny Girl”….Theater aficionados will know what I mean! Enjoy !