Our Broadway Babe, Randie Levine Miller has unearthed some classics. She found a 1948 video of The Ted Mack Amateur Show! You’ll love the documentary, “The Road to Broadway.”  And Randie says the version of The Most Happy Fella that originally appeared on PBS is one of her favorite broadcast musicals. And then there’s this gem of “La Cage Aux Folles,” starring her friend, Tony Award nominee, Lee  Roy Reams, who will be performing this month at Feinstein’s/54 Below. Enjoy!

From 1999, Jerry Herman’s “La Cage Aux Folles”, a first class production, starring Tony Award nominated Lee Roy Reams,  and George McDaniel. Produced by the American Musical Theater of San Jose, legendary  song and dance man Lee Roy soars and scores in the leading role of Albin. His performance of “I Am What I Am”, Is gooseflesh inducing. A delicious musical that sister Tomatoes will really enjoy. 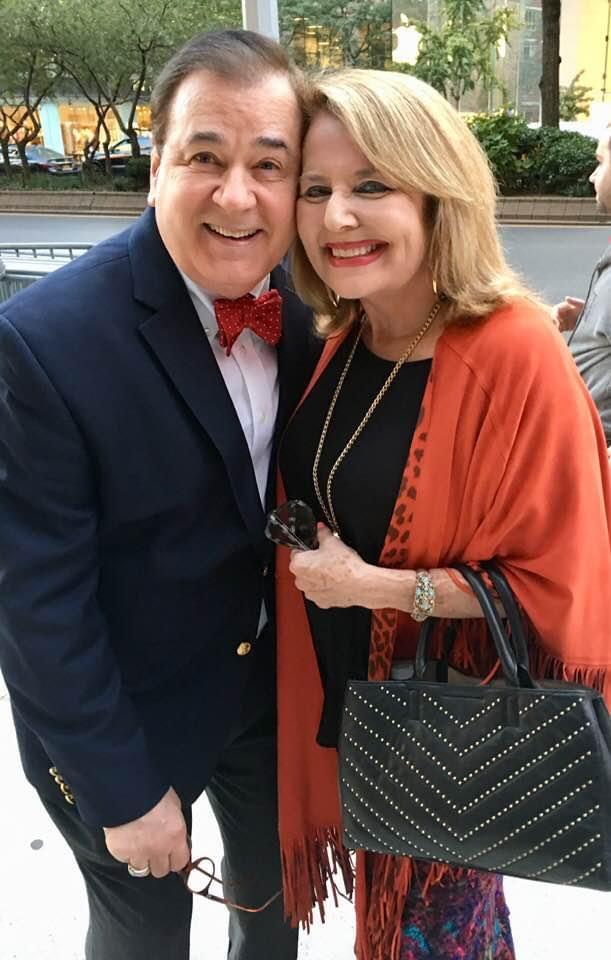 Sidebar: Dear friend, Lee Roy Reams, will be performing his new one-man show at Feinstein’s/54 Below on March 10 and 11th.  He’s an extraordinary entertainer, who is always worthy of a standing ovation!  Lee Roy is a friend of The Three Tomatoes, having been a judge of this past October’s “Tomatoes Got Talent”.

The Most Happy Fella

Frank Loesser’s “The Most Happy Fella”, aired on PBS TV in 1980… I’ve been searching for it on YouTube for the last few years, as it was one of my most favorite broadcasts of a musical… Ever! It’s finally available. This was produced by the Houston Opera with the extraordinary Giorgio Tozzi (who dubbed Rosanno Brazzi’s voice In the movie version of “South Pacific”), Sharon Daniels and Richard Muenz. This is more of an opera then a musical which the voices illustrate so well.   This is the best version of “The Most Happy Fella” that I’ve ever seen. And what a fabulous love story. This is a show that I think Tomatoes will love as much as I did.

Show Business: The Road To Broadway

“Show Business: The Road To Broadway” (2007) is a gem of a documentary by Dori Berinstein, a must see for musical theater lovers. You’ll see how musicals come together, from inception to opening to the Tony Awards.  The film focuses on 4 Musicals: “Wicked”, “Taboo”, “Avenue Q” and “Caroline, Or Change”, during the 2003/2004 season. It follows and interviews the creative teams. My favorite was Robert Lopez and Jeff Marx, with lots of behind the scenes goings on, including a clip of Jeff Marx singing at his Bar Mitzvah; and Bobby Lopez shares his first lyric, “oy vey, what a day!” You see the backers auditions and the X-rated puppets.

“Taboo” was written by Boy George and is about his life; with a book by Charles Busch; and was produced by Rosie O’Donnell. One of the stars, who became a wonderful pal over the years, was Raul Esparza, who was nominated for a Tony for Best Featured Actor in a Musical; and won the Drama Desk Award for that role. Sidebar: I took my mother who was then pushing 90 and she loved the show.  At intermission, I spoke with Rosie and told her what a good time my mother, Mimi, was having.She said that she had a daughter named Mimi, and just had to meet my Mimi. I’m only sorry I don’t have photos. She was warm, welcoming and quite delightful that night.

Of course, Stephen Schwartz’s “Wicked” (without getting good reviews) has gone on to being one of the most “popular” (song in show) shows in musical theater history and is still a hit on Broadway.  Both Idina Menzel and Kristin Chenowith, became major stars, as a direct result! From start to finish, this is truly an upbeat and delicious film!

Pure Old Gold! And that was the sponsor for “Ted Mack’s Original Amateur Hour” which aired on Sundays, at 7PM on the Dumont TV Network from January, 1948 to September, 1949. Many eventual stars appeared, starting when the show aired on radio in the 30’s and 40’s, and on TV until 1970. This kinescope is from November 21, 1948 and is quite delightful. All kinds of talent.  The audience voted and often the majority of votes were for

Black performers!  Remarkable for that time.  But on this episode, a young comedian, Morty Gunty wowed the audience with his humor and originality, and while the live show was airing, someone called in with a job offer!…He went on to a successful nightclub career and appeared on TV and in movies.  Sadly, he died in 1984, at the age of 55.  Morty was a shining example of some of the greats who competed.  Veteran TV pitchman, Dennis James, did the commercials.  Old Gold was so prominently featured, that you’d have thought that this cigarette sponsor, was the star of the program!